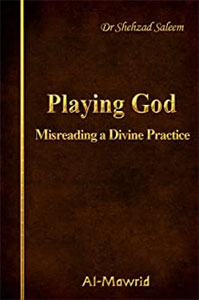 The Muslim world today is rife with violence. The violence is rooted and justified mostly in the name of religion. Each sect, group and community of Muslims have found legitimacy for their violent struggles from a certain reading and interpretation of Islamic scriptures particularly the Holy Quran. The verses are interpreted in such a manner that they build a certain narrative that justifies and legalizes violence in the name of Islam.

Also, the vestiges of few Islamic revivalist movements that aim to establish an Islamic state, use violence as a tool to achieve their objectives. So, these narratives have lent credence to the violent cultures that romanticizes, justifies and legalizes killing, bloodshed and even fratricide. The terms like Shahadat, Jannat and Shujaat are used to wage and replicate violence. Attempts to prevent this violent extremism and countering this religious oriented violence have met with little success because they have failed to locate its source, principles and real basis. Each group indulging in violence believes that it is acting on injunctions of Islam.

So, in a manner all these groups are Playing God, which is the title of a small but very powerful booklet written by Pakistan based Islamic scholar, Dr Shehzad Saleem. Playing God, questions all such groups and interpretations that have misread the Quranic concept of punishments. The terms like Dhimmis, Jaziya and Jihad have been abused due to this misreading. Most Muslim narratives uphold this argument that only they are on the correct path of salvation. This path is quite exclusive, literal and narrow in most cases. So, in the clash of narratives truth is rendered a casualty. Further the strict adherence to the narratives leads to creation of the other and ultimately violence.

The principle of punishing certain nations as described in the Quran is to be understood in this perspective, that the communities and nations who deliberately deny the divine truth as communicated by the Prophets and Messengers of God are humiliated and punished for their crime of denial. Hence punishments and warnings that Quran expresses are for those who reject and deny the Messengers. Dr Shehzad divides the preaching mission of Prophets in three phases

If the nation to whom the Prophet or Messenger is sent does not pay heed to the divine message then natural calamities befall them or the believers deliver the punishment. But this punishment by believers today is not acceptable as many fringe groups like ISIS claim to be delivering this judgment. As Dr Shehzad very well observes, “In the times of his messengers, He (God) communicated this fact through these messengers. However, with the departure of these messengers, no communication can be established with the Almighty and even though non-Muslims have deliberately denied the truth may exist today, they cannot be humanly identified.” (P-41). Taking the argument further, Dr Shehzad writes that, “Hanafite jurists are however of the view that death was only prescribed for the idolaters of Arabia of the Prophet Muhammad (pbuh) times. As far as polytheists of other times and lands are concerned, they cannot be put to death if they do not accept Islam. Like the People of the Book (Ahl-e-Kitab) they too can be allowed to remain on their faith.” (P-46).

Thus, what groups like ISIS and others are doing in the name of Islam are not justified even in the classical interpretation of Islam. Also, the historicity and contextual premises of each principal and injunction of Islam is to be understood specifically to reach and derive correct inferences and conclusions. “Some directives of Islam are specific to the divine practice which relates to the age of the Prophet Muhammad (pbuh) and his companions and cannot be extended to later periods.” (P-63-64). Thus, this very principle delegitimizes the violent actions of most groups that claim to be struggling for Islam.

Apart from violence the justification of declaring some Muslim as deviated, apostate and infidel works in a similar manner. These groups claim to be repositories of Islam, its essence, message, implementation and interpretation. So, they insist on ‘Playing God’ in all these matters, but as Dr Shehzad explains in this booklet how their claims are based on misreading of the divine commandments. Another important aspect that has led to numerous clashes and bloodshed in the Muslim world is the struggle for establishment of Islamic state in various Muslim majority countries. It has divided the Muslim nations, communities and societies in antagonistic groups. But Dr Shehzad debunks all these struggles in the following lines, “All Muslim revivalist movements should keep in mind the fact that nowhere has their religion directed Muslims to struggle for the supremacy of Islam as an obligation. It is obvious that wherever they are in a majority, Islam should be implemented and where they are not, they should convince and educate people to win majority. The Prophet (pbuh) and his companions never launched a struggle to establish an Islamic state. It was as per the divine practice discussed in the booklet that they were granted the rulership of a state. Hence, struggling to establish an Islamic state is not a directive of the shariah.” (P-64-65).

This important passage is enough to understand the real divine intent that has been misdirected towards the political struggle of establishing an Islamic state. The misreading of this divine principal and practice by the Islamic revivalist movements have led them to direct all efforts towards the political interpretation and implementation of Islam. It has mired the whole Muslim world in a vicious cycle of chaos and violence. So, this small booklet clears a huge number of doubts, overcomes misreading, corrects the misinterpretation and espouses a new interpretation that is based on the divine principle. It deliberates how misreading of the divine text has retrograded Muslims to Play God. The book has been published by Al Mawrid, Pakistan and is quite modestly priced.