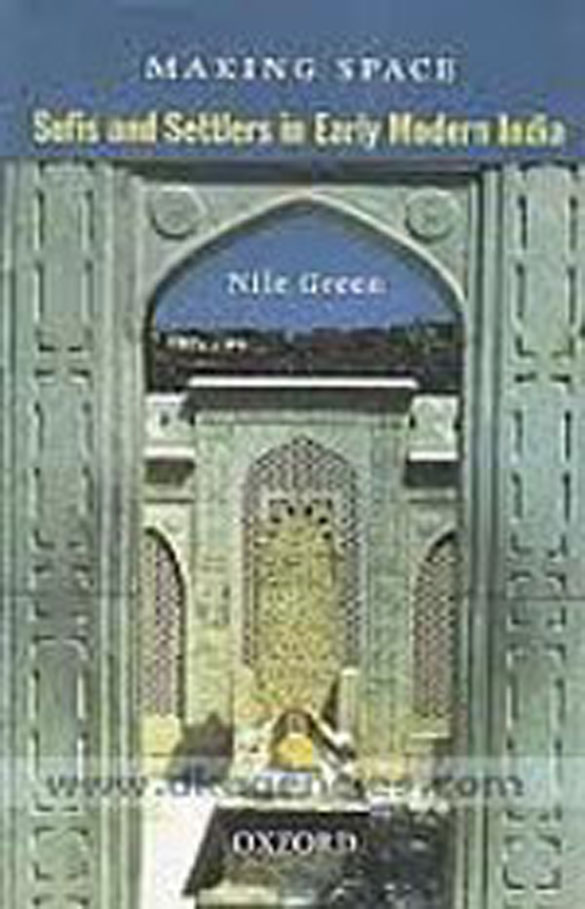 The book explores the ‘transnational’ links of Sufis in the making of Muslim space on Indian soil.

For more than a thousand years, there has been a constant theological wrangling on the position of Sufis within Islam. Puritans have always argued that the tombs of Sufis that are converted into shrines (Dargahs) are locations where Islam is corrupted and where Biddat (innovation) creeps into the practice of the religion. On the other hand, other prominent Muslims in South Asia and in other parts of the world have consistently argued that these practices have religious sanction and draw legitimacy from the Quran.

The arguments in favour of the sacerdotal practices at Sufi shrines received a fillip in South Asia with the aggressive theological work of Ahmed Raza Khan Barelwi (1856-1921). Anecdotal evidence also suggests that most Indian Muslims are Bareilwis (followers of Barelwi), but there has been an increasing tendency within Indian Islam, under a global move to homogenise the faith, to conform to a more Wahabi version of Sunni Islam. The first consequence of this global move has been the reduced patronage of the various Sufi shrines in the subcontinent.

Thus, the person of the Sufi and, concomitantly, the shrine where he has been physically and spiritually immortalised have emerged as the key sites where these theological battles are fought between the traditionalists and the reformers. Recently formed organisations such as the All India Ulama and Mashaikh Board (AIUMB), comprising mainly sajjada nashins (descendants of Sufis), have tried to organise themselves against the overarching influence of the Deoband madrasa and its discourse of Sunni Islam on Muslims in the subcontinent.

In the context of this tremendous churn in Indian Muslim society and the internecine battle among India’s Sunni Muslims, the academic relevance of Nile Green’s new book of integrated essays, Making Space: Sufis and Settlers in Early Modern India, is invaluable as it provides a useful account of the roles of Sufis in early modern India. Of course, it also has a wider relevance for students of Indian history, historians of religion, students of migration studies, discerning intellectuals and anybody who has an interest in the world of Sufis.

As the work of historians such as Richard M. Eaton has demonstrated, Sufis have played a key role in the spread of Islamic culture (and concomitantly Islam) in South Asia. In the later centuries, Sufi shrines were also powerful economic institutions that played important political roles. Therefore, in-depth studies of Sufism in India are absolutely necessary to add to our understanding of South Asian Islam. Green’s work, which looks at the world of Sufis in early modern India with several case studies from the Deccan, adds significantly to this understanding of Sufis’ role. The integrated essays in this collection look at several facets of Sufis’ lives and the roles they played in early modern Indian society.

Studies of Indian Islam tend to restrict their inquiries to the limited geography of the subcontinent, but Green’s work demonstrates the “transnational” links of Sufis. This is the key aspect he chooses to address – how settlement emerged from a “world on the move”, as historians described medieval Islamic India. With their settlements, Green argues, “Sufis were the key mediators between the new Muslim communities that emerged in early modern India and the rural landscape and urban spaces of their settlement and homemaking.” He goes on to say that “...the shrines of the immortalised Sufi saints were crucial to the making of Muslim space on Indian soil”.

Green approaches the itinerant world of Sufis by positioning the texts and territories that they inhabited in their double lives as blessed men and remembered saints. He writes: “For the purpose of this book, what is ultimately most important to recognise is that blessed men and saints were at once territorial and textual constructions who were created by and in turn created texts and territories.”

The Persian texts that Sufis brought with them from their homes in central Asia were their links with a larger Islamic world, in the process creating Muslim “communities of memory”. The territories that they inhabited in India or passed through acquired a sacred geography and in the process marked, claimed and transformed India’s landscape into homelands. Green writes: “Through the movement of Sufis to India, an interconnected and overlapping Muslim geography emerged that connected India with wider Muslim memory space.”

The textual repertoire that Sufis brought with them was the source for practices like the urs (the death anniversary of a Sufi saint celebrated at his shrine). Green demonstrates the extraterritorial (outside South Asia) lineage of this practice, locating it in early Islam, and argues that it was part of the high Islamic South Asian religious practice.

Sufis were great travellers and Green uses the phrase “mobile blessed men” to describe them. They travelled along with armies and merchants. Several Sufis had also come from the modern region of Afghanistan, and for a group like the Afghans, whose identity was formed only among the diasporas, the Afghan saint acted as the “anchor of memory” by preserving cultural memory and linking the territories to which Afghans migrated. As the Afghan diaspora seeped more into the cultural and cosmopolitan fabric of India, the Afghans also began to patronise non-Afghan Sufis during the time of Mughal rule in India.

The travel of these Sufis to remote lands helped people settle there and patronise the Sufi, and subsequently the shrine, in a sort of symbiotic relationship between the Sufi and the community that had sprouted around him. In this way, Sufis were central in creating new Muslim homelands and they also helped in the process of gradual conversion. Islam was a religion fixed in geographical origin, and Sufi shrines linked Arabian geographies of the Quran’s text to their Islam in a variety of ways, thus “...helping in the acculturation of local converts to a religion that was fixed in geographical origin”.

Presence in the South

The Mughals were great patrons of Sufi shrines and as they expanded their massive empires into southern India, vanquishing one kingdom after the other, they encountered a pre-existing sacred Sufi geography. Sufis had a presence from the early medieval era in the Deccan with systematic support from the southern Sultans. Their patronage helped in expanding the sacred geography of the Deccan and the system that they set in place empowered the institutions of these shrines. This was continued by smaller successor states through the 18th and 19th centuries.

When Aurangzeb entered Gulbarga at the head of the conquering Mughal army in 1686, one of his first acts was to visit the shrine of Gesu Daraz (d. 1422), showing how even the puritanical Aurangzeb endorsed Sufi shrines. Green shows how such patronage by the Mughals and their successor states led to the expansion in the grandeur of many Sufi shrines in Bijapur, Hyderabad, Balapur, Bidar, Khuldabad, Aurangabad, Jalna, Beed, Vaizapur and Paithan. The extensive royal patronage that shrines in the Deccan received makes Green write: “There were few regions of the early modern Deccan in which the fleeting presence of Sufi blessed men was not permanently built into the landscape by the patronage of shrines.”

Sufi shrines were also the few spaces in early modern India where books were circulated, but we must remember that literacy at the time was merely a bureaucratic aid rather than a sign of knowledge. Although books were available at the shrines, the site of knowledge was the blessed man himself, who was the authoritative person, and textual authority rested with the master of the shrine. Green writes: “Knowledge was that which was committed to memory, which books served to aid and supplement, but not to correct.” The role of the Sufi as the pre-modern repository of knowledge is interesting.

As the anchors of memory in the subcontinent, Sufis also figured in the various historical narratives that emphasised Muslim presence in the subcontinent. In an essay on the great fortress of Daulatabad, Green shows how competing Muslim and Brahmin accounts of the fortress were different. In a Muslim version, the Sufi saints who lived in the area had held the land safe for Muslim settlement. Similar tales of Sufi saints’ links with power are narrated by current visitors to the various Sufi shrines of Aurangabad. The connection between Aurangzeb and the saints of Aurangabad such as Shah Musafir, Shah Palangposh and Shah Nur is still remembered by people at the shrines through oral traditions.

Green’s primary research is extensive, and to construct his arguments he relies on a range of Persian malfuzat (accounts of saints) and tazkira (biographical anthologies) of Sufi saints who came to the Deccan. Green’s reputation as a historian of South Asian Islam has only been enhanced by this book. In the past few years, he has written three other books specifically on the early modern and modern periods in India broadly around Islamic themes. These are Indian Sufism since the Seventeenth Century: Saints, Books and Empires in the Muslim Deccan (2006); Islam and the Army in Colonial India: Sepoy Religion in the Service of Empire (2009); and Bombay Islam: The Religious Economy of the West Indian Ocean, 1840-1915 (2011). His books have been well received, and the rate at which this relatively young historian is making significant additions to the study of South Asian Islam is admirable.