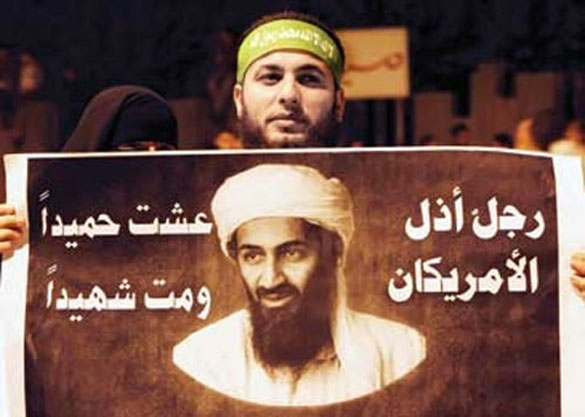 E-Book: No Easy Day: The Firsthand Account of the Mission That Killed Osama Bin Laden

The men who paid Pakistan a hurried visit in the dead of the night typically do not leave calling cards. Or talk shop with strangers. And they are expected to shun the limelight. One broke the commandment recently. As a member of the SEAL Team 6 — Naval Special Warfare Development Group or DEVGRU, Mark Owen (not his real name) had been in the downed ‘helo’ (helicopter) — the one Pakistanis discovered lying in their backyard.

His book provides a valuable timeline of events leading up to ‘Operation Neptune Spear’ in Abbottabad (or ‘Abababa’ as they insist on calling it), cutting through the official haze. With 13 consecutive combat deployments to his credit, the author paints a group portrait of America’s finest that had been handpicked for the job in an attempt to overturn the media-created hype. He calmly reasons, “If my commander-in-chief is willing to talk then I feel comfortable doing the same.”

The story is told in short bursts, as if Mark had already imagined the film version. The split screen narrative that draws upon his personal experiences spreads out the tension. Details of the audacious raid are kept for the finale. Names have been changed and particulars of ongoing missions scrubbed. The author claims to have taken care to protect the TTPs (tactics, techniques and procedures) used, adding that this is not the book for anyone looking for secrets.

The Department of Defence (DOD) disagrees. Their insistence that the book “contains classified and sensitive unclassified information” (whatever that means) and the subsequent gag order on employees probably spurred the sales and sent interest soaring.

No Easy Day is the most anticipated book of the year even if it does not get high marks in the editing department. A typical day in the life of a SEAL is rendered in high definition. Readers waiting with bated breath for the scene to shift from the training grounds to the Abbottabad compound come upon scenes that underscore an ordinary life hard-wired to a high-octane drama.

When they are not hunting down terrorists or doing rock-drills, the SEALS are knee-deep in red tape. Mark is frustrated with a changing system that works against them and for the enemy. He grumbles at the “pages of Power-point” that it now takes to get a mission approved. About enemy tactics and its evolving nature, he observes how their foe started hiding the weapons, “knowing we couldn’t shoot them if they weren’t armed”.

A little further down however, he admits that the terrorist mastermind, despite being forewarned, was taken down unarmed in the end. There was no final stand. Owens attributes this to a lack of conviction on bin Laden’s part. Since this was sold as a “kill or capture” mission in the briefing, his version of events come under heavy scrutiny. Mark’s story will make it clear they had no choice. The author of Black Hawk Down challenges these assertions in his new book due out soon. One news source reveals that Obama had plans of putting the al Qaeda leader on trail had he surrendered and that the SEALS did have a choice.

The team along with ‘Cairo’ — the trusty combat assault dog — marched away from the resultant controversies with a Presidential Unit Citation. Despite all the plaudits heaped upon them, the author is no fan of the administration. In the CBS interview, Owens admits that the SEAL team refused to tell President Obama who took the kill shot. In the book, he shrugs off the title of ‘Chosen Ones’. “We were available to conduct the needed rehearsals to sell the option to the decision makers at the White House...it came down to being at the right place at the right time.” He uses the stage for a serious examination of the constricting environment and a beautifully flawed bureaucratic setup.

It is an orderly march to the grand finale that creates a context for the events of May 2011. It will not tell readers why they got away scot-free, just that they did. It will tell them how close they came to blowing the mission or the compound for that matter. Their resident EOD tech was prepped to blow up bin Laden’s so-called mansion instead of their crashed helo. While the contingency plans handed to them drew snickers from the SEALS, knowing that they did not have a clean getaway will raise quite a few Pakistani eyebrows. The visiting SEALS made a small pit stop to refuel while the Pakistani F-16s were on the hunt.

Owens does not stray far from the script but a certain CIA analyst with her 100 percent certainty is given special attention. Any Pakistani involvement in connecting the trail of breadcrumbs leading to bin Laden is tossed away. A nation being raised on a steady diet of drone attacks might amuse itself with the knowledge that the Defence Secretary favoured air strikes to avoid “violating the sovereignty”.

No Easy Day, despite the self-imposed censorship clause, provides plenty of edge-of-the-seat moments, oh-no-they-didn’t situations and at least one spoiler that might violate the DOD’s ‘classified’ clause. The team’s ability to tag enemy fighters because of the Taliban’s fondness for a certain type of footwear perhaps should not be advertised. The enemy can read after all; blowing up girls schools is just a side business. Owens also mentions ‘Ali’, the Pashto-speaking CIA interpreter. One speaks Pashto and is a Pashtun and not the other way around.

The author who has since left the service appeared heavily disguised on CBS’s 60 Minutes. Despite all these precautions, his identity was revealed. We now know him as Matt Bissonnette. SEAL Team 6’s job description was typically ‘hostage rescue, infiltrating enemy countries, ships, naval bases and oil rigs’ and eventually counter-proliferation of WMDs. Ever since the hunt for bin Laden ended in that infamous compound, the team’s crowning achievement has apparently doubled as a campaign slogan for the administration. Earlier this year the site was razed to the ground. But the dust has yet to settle from Abbottabad-gate. This gripping first person account serves up the saga of the SEALs with the requisite fireworks minus the pageantry. It still works.

Afrah Jamal is a freelance journalist.