Matters of Faith, Peace and War 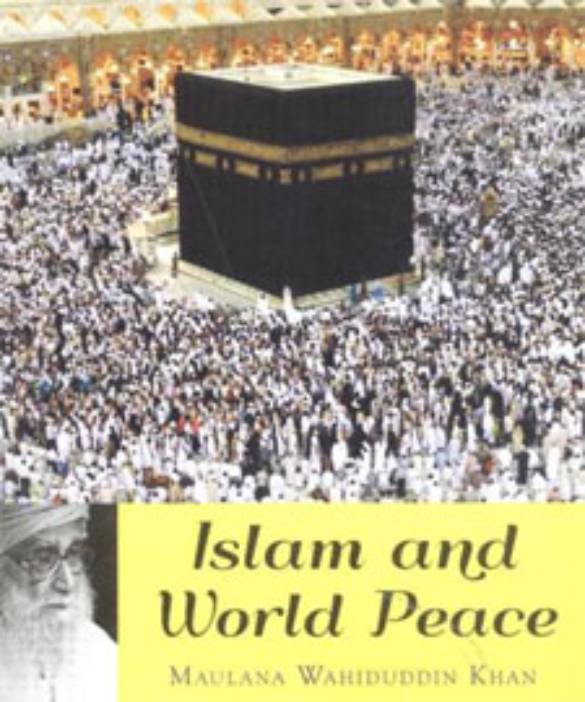 Life, at times, does not allow you the luxury – or is it necessity? – of reading, soaking in a book before going on to the next. A little over a week ago, I received a copy of Tarek Fatah’s book “The Tragic Illusion of an Islamic State”. Now Fatah, as most would know, is a known baiter of the Muslim community, reserving vitriol for Pakistan, but no less scathing of Saudi Arabia, Iran, and imams across the world. A Pakistani born to an Indian origin father in Karachi, Fatah has assiduously courted controversy, now taking aggressive shots at Islamic clerics for their stance on homosexuality, now urging Muslims in Canada not to send their kids to mosques for fear of indoctrination but also simultaneously denouncing Israel and its policies in Palestine, and Bush’s handling of the Iraq issue post 9/11.

A couple of days after I started reading Fatah’s book, I received a couple of books penned by Maulana Wahiduddin Khan, as soft-spoken a man as one can come across. Also, a proponent of enduring peace who never tires of reminding Muslims – and the world – that Islam stands for peace, he is an intellectual who believes that Jihad begins not with fighting the enemy in battle but overcoming your own ‘nafs’. This does not necessarily mean that everybody within the community or the larger polity happily soaks in what he says.

Indeed, he was at the receiving end of criticism from some quarters during the Babri Masjid controversy, and more recently during the scheduled visit of Salman Rushdie to Jaipur Literature Festival. Appealing to the community to engage with Rushdie, rather than demand a ban on him, his was a lonely voice. He did not shy away from debate, his preferred tool being a discussion, a dialogue.

Now, when I read his books “The True Jihad” and “Islam and World Peace” I understand why. The much-revered Maulana writes with the felicity which comes from a clear head and a heart that is unfettered and fearless. He abjures profundity for simplicity. Writing about Jihad, he reminds the readers that it is a continuous process, not a one-off battle to glory. “Islamic jihad is a positive and continuous process. It is at work in the entire life of a believer...It is essentially a peaceful struggle.”

Quoting Musnad Ahmad, he calls a mujahid – one who engages in jihad – as one who struggles with himself for the sake of Allah. Arguing that there is no space for an aggressive war in Islam, the Maulana forcefully states that the Prophet himself always opted for reconciliation over confrontation or unprovoked aggression. “Whenever the Prophet had to choose between the two courses, he would always opt for the easier course,” he writes.

Yet he is candid enough that in contemporary world, things have not shaped up that way. “A perusal of the Quran followed by a study of latter-day Muslim history will reveal a blatant contradiction between the two – that of principle and practice. Where recent developments…bespeak the culture of war, the Quran, on the contrary, is imbued with the spirit of tolerance. Its culture is not that of war, but of mercy.” Similarly, in “Islam and World Peace” he does not shy away from pointing an oddity: the expression ‘Islamic terrorism’. Stating that violence and Islam – which is derived from the word s`l`m, the Arabic for salam or peace – are contrary to each other, the Maulana writes, “‘Islamic terrorism’ is, in fact, as much of a misnomer as the phrase ‘pacific terrorism’.”

These words have the potential to resonate with everybody, not just Muslims. And they help clear many a cobweb, and cure an impressionable mind of prejudice.

Now on to Fatah. Well, Fatah’s book is all about what he is known to advocate for many years. A fair degree of anger, a much larger degree of opposition to Shariah, and an espousal of a secular State. Also a continuous proclivity to shy away from debate – he did not turn up for a debate with Imam Sheheryar Shaikh of the North American Muslim Foundation. His is the literary equivalent of guerrilla warfare technique; fire his shot, then retreat to the confines of his chosen circles, only to come back for another passing shot. It makes for an interesting piece of celluloid, not a thought-provoking debate.

Here he reserves his ire for hadiths, as compiled after the life of Prophet Muhammad. Writes Fatah, “More than the Quran it is the hadith literature that incites radicals to fight in the name of Allah,” going on to talk of Abdullah bin al-Mubarik, al-Bukhari and others. A little later though Fatah asks a pertinent question: “If the so-called lesser jihad is a defensive war, how do we Muslims explain the Muslim invasion of Egypt and Persia by the early caliphs?” Interestingly, rather intriguingly, Fatah dedicates his latest book to Dara Shikoh, Bacha Khan and Maulana Abul Kalam Azad “Muslim giants of India who fought against the concept of an Islamic State”. Wonder how would have Azad reacted to it, considering his wonderful work on the meaning of the holy book contained not a line of rancour, and is widely regarded as a work of great expertise and rare insight.

So which of the two authors will find durable space on my book shelf. Well, both. Maulana Wahiduddin Khan to help bring about peace at a moment of unprovoked aggression. And Fatah? To understand how anger clouds judgement. So, it is time to stay calm, talk of peace. Just the way, Khan Sahab has been advising us all.