By The Side of the ‘First Muslim’

A little under two years ago when I first laid my hands on Lesley Hazleton’s “The First Muslim”, I could not put it down. I distinctly remember sitting at the dining table with the book, narrating the story of Prophet Muhammad, occupying my mind space as also that on the table. The glass, the plate and all else could wait. I knew about the Prophet from the beginning of my life, had read about him in elementary books of theology, not to forget a few hagiographies sought to be palmed off as biographies. Lesley’s book was different. She projected him not as a superhero with a halo around him but as a normal human being, something the Quran too emphasises more than once. She put him against the socio-economic backdrop of the day and sought to make sense of his actions accordingly. For instance, his call against female infanticide in a society where the male child was treasured, the females often buried alive. 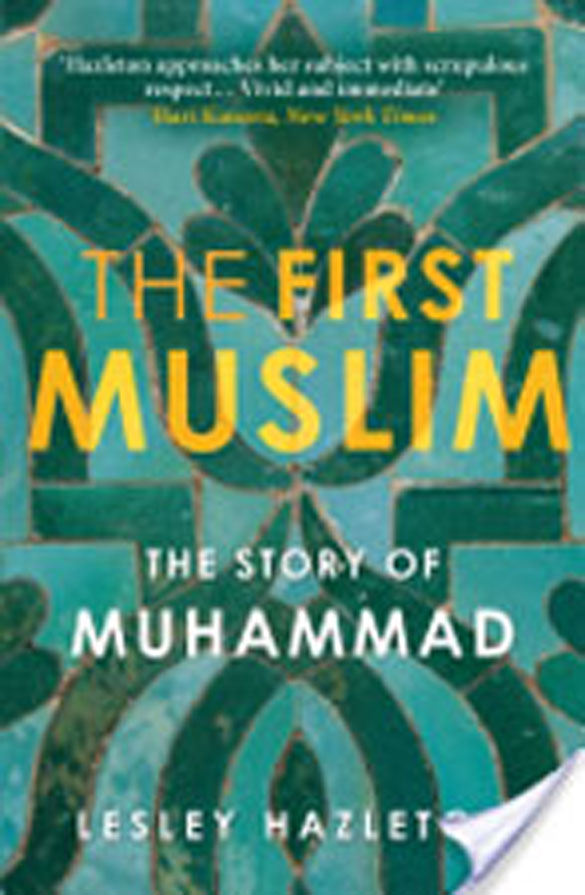 Without any hues of divine enlightenment, Lesley, a Jew settled in Seattle, talked of the Prophet as a boy who had very unusual and trying circumstances. A boy who had lost his father before he was born, he lost his mother when he was all of six. Brought up by his grandfather, his was a remarkable rise from the edges of the society to a reasonably well off and trusted business agent by the time he was getting into middle age.

Except that all this paled when compared to what transpired on Mount Hira when he was 40, the moment he got the first revelation. It is here that Lesley rose above various biographers and put Muhammad’s reaction –– he was shaken to the bone –– in a dispassionate manner, casting aside various accounts of mythical peace and bliss. It is also the point that the role of his first wife, Khadija, comes into play. It is the reason too why I picked up Lesley’s book again. First time round, I read her to know the first Muslim –– the Quran instructs, “Muhammad say, “I am the first Muslim”.” This time I picked up the book to know more about Khadija, the lady who stood by him when he needed her, the wife who trusted him, lent him her shoulder. Hers is an unusual story which comes through as Lesley seeks to complete the picture of the life and times of the prophet.

Not enough has been written about Khadija, but whatever Lesley has written projects her to be a woman of unusual merit. It also puts in place the sundry Maulanas of the subcontinent who are against the idea of a woman having her own identity, her own will. The reality is quite different. Khadija was a reasonably successful businesswoman who had been married twice. She was a financially independent woman who hired Muhammad as her business manager.

It was, as Lesley writes, “an unusual marriage. She was older than he, and while accounts vary as to exactly how much older, most settle on age forty for her, twenty-five for him. Not that this was what made the marriage unusual.” It was not a marriage of convenience either, for 24 years the two were in a monogamous relationship until she passed away and “long after her death, he would hold her up as far superior to any of his later wives”. It was love pure and simple. As Lesley pens, “What made the marriage unusual, then, was not the age difference but its closeness, especially given the difference in social status between husband and wife. And the fact that it was she who proposed to him.” She is described as a “determined” and “intelligent” woman, traits not often used to describe women those days. The two of them had four daughters and a son, Qasim who did not survive until his second birthday. Here too Khadija sought to mitigate the Prophet’s sorrow through Zayd, a slave boy she had given him as a marriage gift. The Prophet treated him more like a son though.

Lesley draws a graphic picture of the revelation of the first verses. Following the revelation, the Prophet came from the mountain, his robe torn, his arms and legs scratched. It was then that Khadija comforted him. “She held him, cradled him as the night sky began to grow pale in the east with the reassuring prospect of the day. Slowly, haltingly, the words he had perhaps felt more than heard began to find physical shape in his mouth. Even as he still shook in Khadija’s arms, Muhammad found his voice…..they had been man and wife for fifteen years, but she had never heard him speak with such beauty before….”

This is a description with a clear focus on the Prophet’s wife that set me thinking. I wanted to read more about her, know her better. Almost in desperation, I called up my niece settled in Seattle to meet Lesley Hazleton. And tried to read whatever I could on this remarkable woman. Soon, I discovered, Khadija traded goods through the major commercial centres at that time, from Mecca to Syria and to Yemen. Her business was larger than all of the Quraysh trades combined. Twice widowed herself, she gave her earnings to the poor and the orphans. And then of course, she was the first person to believe in the revelation sent to the Prophet. All along she retained her identity, her name even after her husband became the leader of the times. She was always Khadija bint Khuwaylid, never Khadija Muhammad. Yet she has remained in the background, never really centre-stage as various biographers have written about the last messenger. Not easy, but Lesley Hazleton’s book has made sure I want to know about Khadija, the woman, her man and her times.