Why Is There So Much Suffering In This World? Why Does God Permit It? Is There Any Greater Purpose To Such Suffering?

Name of the Book: Reclaim Your Heart—Personal Insights on Breaking Free of Life’s Shackles 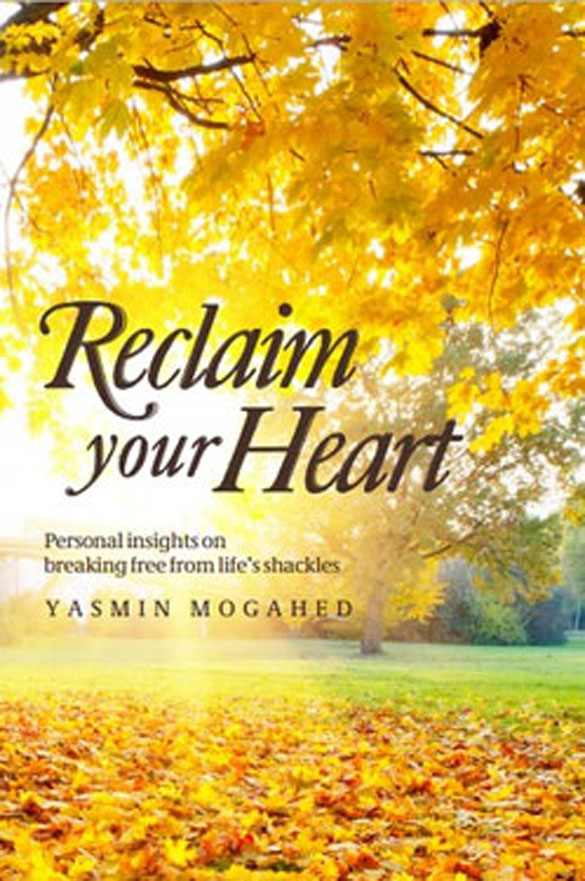 The issue of human suffering is something that has been widely written about, including from a wide range of spiritual and religious perspectives. Why is there so much suffering in this world? Why does God permit it? Is there any greater purpose to such suffering? These are questions that just about every person asks and searches for answers to, for suffering, the Buddha noted, is a fundamental reality of human existence as long as we are driven and controlled by worldly desires and attachments.

Related to these questions are questions about the very meaning of life. Since we are all going to die one day—our own death being one of the very few things (or perhaps even the only thing) about our future that we can be utterly sure of—what is the purpose of living in this world which is racked with all sorts of suffering?

This book is a personal narrative of a Muslim American woman who reflects on the purpose of human life and the issues of evil and human suffering from an Islamic perspective. This life, she explains, is a testing-ground for eternal life in the Hereafter. The purpose of our life is to worship God. Remembrance of God is something that Islam greatly stresses. Attachment to created things, she notes, is a source of suffering, such attachment taking us away from remembrance of God. We all have innate need to connect to our Creator, but the mistake most of us make is to seek to fulfil that need by getting attached to some or the other thing—our jobs, our relatives, our friends, name, fame, power or endless consumption and entertainment, and so on. Ultimately, however, these things fail to give us what we truly need. It is only in connecting with God and spending our lives according to His will that we can attain true happiness—in this world and the next.

Attachment to the notion that we can have an ideal world here, on earth, and that our lives in this world can be totally problem-free is a major source of suffering, Mogahed says. A truly perfect world exists only in Heaven. In the meanwhile, here on earth we have to reconcile ourselves to the fact that we will continue to face various challenges. The only way we can meaningfully respond to them, she explains, is through faith in God. Changing our ways of looking at challenges can help us deal with them. We need to exercise patience in the face of odds and to forgive others for wronging us. The difficulties we face in life can be a mechanism for our own inner growth. If we realize that they are a means for us to turn to God, to seek His help and to humble ourselves, we may be able to respond to them in the way God wants to. In this way, Mogahed says, they can play a valuable role in our spiritual progress, in growing closer to God. Mogahed stresses that a God-oriented life alone is a truly meaningful one—something that believers in all theistic religions would easily accept.

Many of the things that the Mogahed says here resonate with what spiritually-oriented writers from other spiritual or religious traditions also tell us.  This indicates that various spiritual traditions, despite the different scriptural sources they may be rooted in, have much in common. At a time when conflicts in the name of religion are such an enormous challenge to global peace, highlighting this point is useful and welcome. Identifying commonalities between the different religions and spiritualities is something that is today of pressing necessity.

Communal exclusivism and supremacist religiosity can easily slip into conflict, and probably nothing is more threatening to global peace today than conflict in the name of religion. Meaningful spiritualities can hardly afford to neglect these major issues that have global implications. Sadly, though, Mogahed says almost nothing about the subject.  While she is critical of American ‘neo-conservatives’ and their attitude towards Muslims and critiques Western feminism for its excesses, she does not address the issue of terror being fomented in the name of Islam, the gross misuse of Islam to fan sectarian hatred and large-scale killing of people in some parts of the world, the persecution of non-Muslim minorities in some Muslim-majority countries, and the marginalization of women based on what many Muslim women would insist are wrong interpretations of Islam. And so on.

Surely, the negative attitudes towards Muslims and Islam among a significant number of non-Muslims are a result, at least in part, of the actions and attitudes of a not insignificant number of Muslims (including some people who claim to speak for Islam), but this is something that Mogahed ignores.  Mogahed is pained by the troubles that many Muslims today face, but her book displays no similar concern for the troubles faced by many others because of the actions of some Muslims, including victims of the terror and violence engaged in by some Muslims groups in the name of Islam. Her critique, then, appears very one-sided.

If, as the subtitle of the book says, this book is about ‘breaking free of life’s shackles’, it fails to confront one  major such shackle—narrow, bigoted and hate-driven misinterpretations of Islam that are causing havoc for vast numbers of people, including Muslims themselves, today. Along with this, Mogahed ignores the immense potential of other understandings of Islam, such as some Sufi perspectives, for breaking these shackles and for offering us hope for a truly meaningful spirituality that can resonate with not just Muslims alone but with others, too, transcending communal divides.

In its very first chapter, the Quran tells us that God is Rabb ul Alameen, Sustainer of the worlds. Since the God is the Sustainer of us all, irrespective of religious and other differences, faith in God demands  that it is all of us—all creatures, and not just one faith community of humans among them—that we should be concerned about and care for. And that is something very basic that this book really ought to have stressed.