Arun Kundnani’s “The Muslims Are Coming!”

The War on Terror unleashed immense violence in several Muslim-majority countries, either through outright invasions and occupations or through drone strikes and special operations undertaken by the CIA and various branches of the American military. The ideological justification for these wars rests upon the construction of a nebulous enemy—driven either by an adherence to Islam or, in the slightly more nuanced liberal versions of the argument, a politically motivated perversion of the religion—that the United States must battle across continents to protect its national security. That this enemy has seemingly proliferated since the War on Terror began is seen as a reflection of its ideological appeal and the necessity of further, more effective and exacting, measures. These measures inevitably include military responses, strengthening of the domestic security apparatus, surveillance and infiltration of suspect communities, as well as a gradual erosion of civil liberties at home. 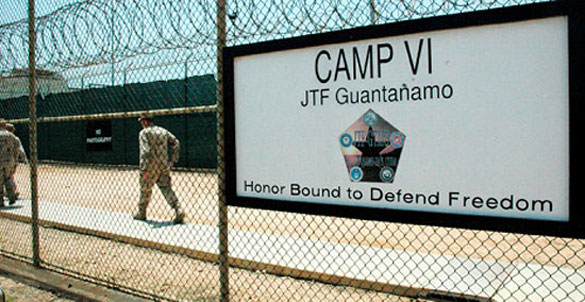 In The Muslims Are Coming!: Islamophobia, Extremism, and the Domestic War on Terror, Arun Kundnani subjects the War on Terror’s ideological justification to searing scrutiny, revealing that underneath its shoddily crafted Islamist enemy lies a glaring obliviousness toward “the social and political injustices that create the fertile ground in which extremism grows.” This obliviousness is understandable given the central roles the United States and United Kingdom continue to play in creating many of these injustices. This is done by pursuing a bellicose foreign policy predicated upon the preservation of allied dictators and monarchs of every stripe in Muslim-majority countries as well as through the implementation of a neoliberal economic regime that cuts social spending, privatizes state assets, removes protections for domestic agriculture and industry and generally leaves populations in a poorer state.

In a brief case study of Somalia, Kundnani notes how particular political contexts can make violence seem legitimate. An IMF-facilitated neoliberal program, “clan-based autocracy,” repressive US-trained military officers, violence fuelled by CIA-funded militias after 9/11, and a US-backed Ethiopian invasion of Somalia created conditions in which a few Somali-Americans were attracted to al-Shabaab’s “call for volunteers to defend Somalia.” As Kundnani demonstrates, focusing on the supposed ideological or psychological motives behind these men’s response to al-Shabaab’s call is to miss the point entirely.

The culturalist narrative of a grand war between Islam and the West, peddled by the likes of Bernard Lewis, Ayaan Hirsi Ali, and others, remains fixated on ideology at the expense of politics. Nor is the reformist narrative of Paul Berman, Peter Beinart, and others, which bases terrorism on a political interpretation of Islam—Islamism as it has come to be known—prepared to abandon this fixation. From the beginning, theories of radicalization that seek to understand why one individual rather than another may commit terrorist acts were “circumscribed to the demands of counterterrorism policy makers,” writes Kundnani, and uninterested in conceiving of terrorism as a mode of political action or investigating the contexts within which it takes place.

These assumptions about terrorism as ideologically driven have facilitated the scapegoating of the domestic population where this ideology is found, making these communities vulnerable to government surveillance, infiltration, entrapment, and violence. Muslims in the United States and UK have become a suspect group, endlessly under surveillance, arbitrarily placed on no-fly lists, criminally targeted for “charitable or expressive activities,” routinely baited and entrapped by FBI agents to commit terrorist acts, and so on. To give a sense of the shocking level of surveillance Muslims in the United States face, Kundnani estimates the FBI has a spy for every 94 Muslims in the country, without including the NSA, regional fusion centers, or local police departments. By comparison, the East German Stasi was estimated to have one intelligence analyst for every 166 citizens.

A rise in Islamophobic groups and networks in both the United States and the UK (like the English Defense League, ACT! for America, etc) has been enabled by these same narratives and policies that root terrorism in Islam or its variants. This has naturally created fear and paranoia among Muslims in both countries, limiting political discussions and forcing Muslims to either uncritically echo government narratives on terrorism or latch on to Islamist narratives, which are merely an inversion of the same.

The Muslims Are Coming! is attentive to the various histories of state repression in the United States and UK. Kundnani notes how the domestic infrastructure supporting foreign wars inexorably expands to targeting anti-war and leftist groups at home. Though this is not something Kundnani pursues at length, it ultimately bolsters his call for a radical politics that can “speak to the wider context of neo-colonialism, social and economic inequality, and the collapse of working-class representation.” The War on Terror seeks to eliminate threats to US and British interests—regardless of the normative legitimacy of these interests or the reality of these threats—while maintaining favourable economic and political arrangements. The racism and repression it has spawned domestically are part of the same war, which has inevitably grown to target any activity that seeks to challenge a narrow political orthodoxy.

Documents leaked by whistleblower Edward Snowden have revealed the mass surveillance conducted by the NSA, Government Communications Headquarters (GCHQ), and various other US and British agencies. Government officials and media outlets have defended this surveillance as necessary to fighting terrorism even as it has targeted aid organizations, foreign officials, and corporations. As historian Alfred McCoy writes, such surveillance is crucial to “help gain intelligence advantageous to U.S. diplomacy, trade relations, and war-making” and collect “intimate information that can provide leverage—akin to blackmail—in sensitive global dealings and negotiations of every sort.” The perfunctory defence of mass surveillance as necessary to fighting terrorism is thus instructive in other regards: terrorism is a useful alibi for the United States to obscure the perennial pursuit of its global hegemony, with its British appendage neatly in tow.

These objectives are all too frequently absent in discussions about terrorism. Kundnani’s awareness of the long history of foreign wars and domestic repression makes The Muslims Are Coming! an especially useful primer on the latest incarnation of imperial violence. It is difficult to read the book without thinking about the connections between surveillance and entrapment of Muslims, the mass incarceration of the African-American population, the Obama administration’s record levels of deportations of undocumented immigrants, and an international austerity regime imposed on the poor and working-class.

Kundnani’s careful review of the domestic War on Terror allows him to circumvent the usual concerns of terrorism experts and focus instead on the war’s violence, as experienced by Muslims in the United States and UK. He interrogates the war’s ideological foundations, situates it in its international context, and arrives at the inescapable conclusion that the war itself is based on spurious grounds. As his book makes clear, it is paramount to challenge the criminality of the state, obfuscated by its rhetoric of values, interests, and threats. The fight to secure civil rights for Muslims in the post-9/11 world, as Kundnani’s account illuminates, is intimately connected with the fight to achieve a genuine democratic transformation at home and ensure self-determination abroad.

Waqas Mirza is an activist and writer currently based in London.