How Osama Got Killed 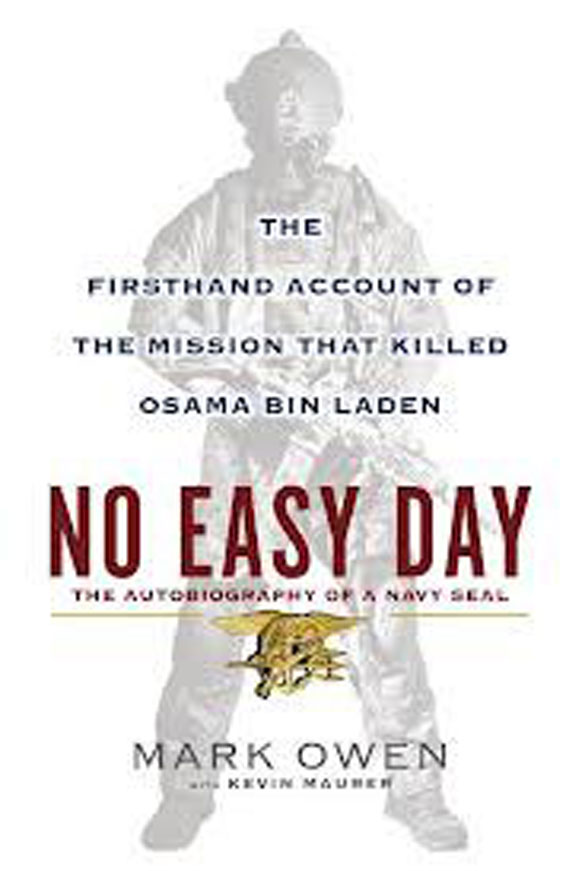 This is an important book to read. It sets to rest many speculations: What happened on that fateful night of May 2, 2011, when the Navy SEALs stormed Osama bin Laden’s compound in Abbottabad, about an hour’s drive from Islamabad? Did bin Laden, once cornered; fight back in his final moments? Or, was he coward enough to beg for his life? The emphasis of No Easy Day, written by Mark Owen — the pseudonym of a veteran SEAL member — however, is not on spilling dirty secrets, but to set the record straight. “The raid was being reported like a bad action movie,” the author writes. “At first, it was funny because it was so wrong.” The book also explains how commandos are actually made. What they think. How they work. And, of course, how they look upon their political leaders, particularly President Barack Obama.

There’s another reason why this book will fascinate readers, particularly in India, a victim of Pakistan-based and inspired terrorism. For once, the act of assaulting bin Laden’s safe haven just a few hundred yards from the Pakistan Military Academy showed how a terrorist should be dealt with. Not by compromises but by relentless pursuits. And once tracked, send him where he most aspires to live: Paradise amid a number of Houries satiating his long suppressed desires! The American daredevilry also showed what the US could do and India couldn’t. For decades the country has seen its most-wanted terrorists residing serenely in Pakistan. Most of them live like ordinary citizens, go to their respective ‘offices’ on time, watch cricket matches amid much fanfare, and even organise anti-India rallies publicly. Many of us wonder how they can move around so nonchalantly without any fear of being abducted or killed by Indian forces. The American action in Abbottabad made many of us feel our expectations from our leaders were not totally misplaced. We could have at least made these terrorists shudder whenever they moved on the road, attended a rally or watched a cricket match.

The book begins on a predictable note, with the SEALs getting ready to assault the bin Laden compound in Abbottabad. It then goes into a flashback mode to tell us about Owen’s early training, his experiences in Iraq and Afghanistan, and the successful rescue of Captain Richard Phillips from pirates in the Indian Ocean. Throughout the otherwise engaging narrative, Owen appears to be a cautious writer, never spilling beans that may in any way compromise his colleagues or even the US Army, except perhaps when he says that the SEALs killed bin Laden even when he seemed reluctant to fight back, thus violating the Geneva Convention. Possibly to avoid any such inconvenience that the Obama Administration insisted bin Laden was killed in a fire fight!

No Easy Day may not be the only book on the Abbottabad operation, but is unique in the sense that it provides a personal touch to the raid, unlike other books on the subject. Here you may not know how Washington reacted to the bin Laden whereabouts, or even how the CIA actually got hold of the information — except for a blink-and-miss appearance by a CIA woman analyst who had been on the bin Laden lookout for the past five years — but the book provides the first-hand information about the last few minutes of bin Laden’s life. So, you now know that the Al Qaeda leader didn’t die a hero’s death. By the time the SEALs reached the top floor of bin Laden’s compound, roughly 15 minutes had passed. This should have given him enough time to wear a suicide vest or get a gun. But Owen found bin Laden’s guns — an AK-47 and a Makarov pistol — empty. “He hadn’t even prepared a defence,” the author says. Owen’s contempt for him was obvious. “He asked his followers for decades to wear suicide vests or fly planes into buildings, but didn’t even pick up his weapon... There is no honour in sending people to die for something you won’t even fight for yourself,” Owen reflects.

Apart from the Abbottabad raid, which is the core of the book, what also gets the reader’s immediate attention is the US Army’s utter distrust for the political leadership, particularly after Obama became the President. Owen, time and again, complains about the slack “Washington machine” that the Navy SEALs found exasperating, politically-motivated and even out of touch with the ground realities in Iraq and Afghanistan. For him, the American soldiers in Afghanistan “were fighting the war with one hand and filling out paperwork with the other”, thanks to their policy-makers who “were asking us to ignore all of the lessons we had learned, especially the lessons learned in blood, for political solutions”.

The author is particularly critical of the current US President, saying “none of us were huge Obama fans”. He finds near-consensus among the SEAL members that Obama would take credit for the bin Laden raid and use it to gain mileage in the coming presidential elections. “We just got this guy re-elected,” Owen quotes a friend saying. The distrust was complete. This became starkly evident when Obama invited the 24 SEAL members who participated in the Abbottabad operation to come to the White House for a beer — an invitation, if the author is to be believed, which never materialised. “You believed that shit,” a fellow SEAL member rebukes Owen when the latter reminds him of Obama’s promise. “I bet you voted for change too, sucker,” he tells the author.

A fast-paced thriller, No Easy Day has all the ingredients to be a chartbuster. One won’t be surprised if it soon finds its way on the big screen.