The Global War on Terror has had many victims since it was launched by President George W. Bush soon after September 11, 2001.  In his “crusade,” a word he used publicly before he thought better of it ("This crusade," he said, "this war on terrorism”), the history of kidnappings and renditions, torture and abuse, imprisonment without charges or trial, drone assassinations and the killing of civilians is by now well known (for those who care to know).  But there are other less noted kinds of “collateral damage” from more than a decade of such conflict, including damage to women on either sides -- or perhaps ends -- of the war.

The New York Times recently ran a two-part report on the toll that the war on terror era has taken on women in the U.S. military, and it makes for startling reading.  Back in January 2012, Secretary of Defence Leon Panetta estimated that there could be as many as 19,000 sexual assaults in the U.S. military -- not in the whole war on terror era, but in a year of it (only about 3,000 of which actually get reported).  Sexual assault and the threat of it, as the Times recounted, only adds to the pressures that, in these years, have been placed on American soldiers.  They have experienced striking rates of brain injuries (usually from roadside bombs), rising cases of post-traumatic stress disorder (PTSD), soaring suicide rates among both on-duty service personnel and veterans, increased use of drugs (legal and illegal), and a striking rise among women veterans in homelessness -- a phenomenon that itself, reports the Times, is often connected to being raped, to the Military Sexual Trauma (MST) that follows, and to the PTSD that can follow as well.

This, in other words, is one kind of “collateral damage” seldom thought of as such when the war on terror is brought up.  On the other end of that war, in a world where “terror suspects” have next to no recourse -- and Washington's record of doing terrible things to innocent men is daunting -- are women and children connected to those suspects. As it happens, Victoria Brittain, a journalist and former editor at the British Guardian, has spent these last years with a group of such women.  She saw first-hand how, in her country as in the U.S. effort more generally; a global war on terror became a global war of terror, a war that, at least in part, turned out to be against innocent women and children.

Her book on the subject, Shadow Lives: The Forgotten Women of the War on Terror has just been published. Through both of these worlds -- the world of the woman warrior and of the woman connected to a suspect in the war -- we get, as Noam Chomsky wrote in a comment on her book, “a revealing picture of what we have allowed ourselves to become.” Indeed. Tom

Once, as a reporter, I covered wars, conflicts, civil wars, and even a genocide in places like Vietnam, Angola, Eritrea, Rwanda, and the Democratic Republic of Congo, keeping away from official briefings and listening to the people who were living the war.  In the years since the Bush administration launched its Global War on Terror, I’ve done the same thing without ever leaving home. 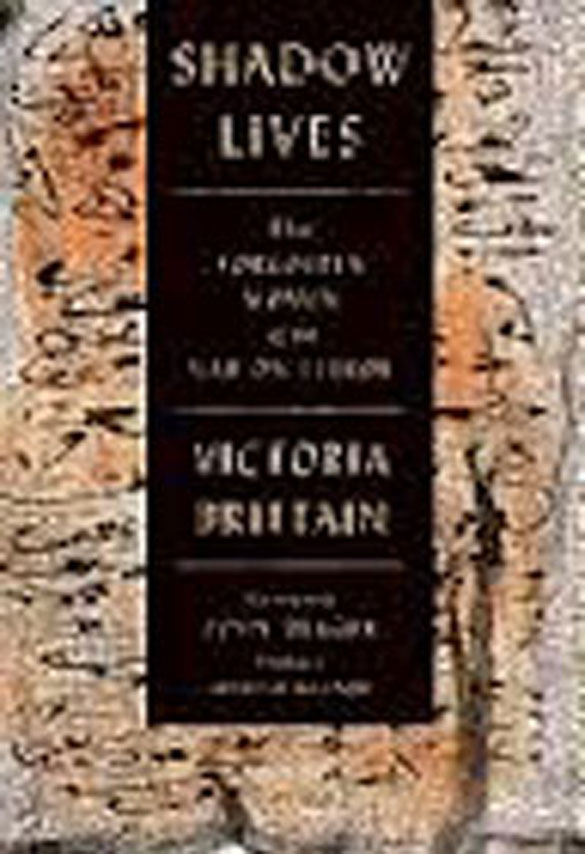 In the last decade, I didn’t travel to distant refugee camps in Pakistan or destroyed villages in Afghanistan, nor did I spend time in besieged cities like Iraq’s Fallujah or Libya’s Misrata.  I stayed in Great Britain.  There, my government, in close conjunction with Washington, was pursuing its own version of what, whether anyone cared to say it or not, was essentially a war against Islam.  Somehow, by a series of chance events, I found myself inside it, spending time with families transformed into enemies.

I hadn’t planned to write about the war on terror, but driven by curiosity about lives most of us never see and a few lucky coincidences, I stumbled into a world of Muslim women in London, Manchester, and Birmingham.  Some of them were British, others from Arab and African countries, but their husbands or sons had been swept up in Washington’s war. Some were in Guantanamo, some were among the dozen Muslim foreigners who did not know each other, and who were surprised to find themselves imprisoned together in Britain on suspicion of links to al-Qaeda. Later, some of these families would find themselves under house arrest.

In the process, I came to know women and children who were living in almost complete isolation and with the stigma of a supposed link to terrorism. They had few friends, and were cut off from the wider world. Those with a husband under house arrest were allowed no visitors who had not been vetted for “security,” nor could they have computers, even for their children to do their homework.  Other lonely women had husbands or sons who had sometimes spent a decade or more in prison without charges in the United Kingdom, and were fighting deportation or extradition.