Minority Religions in the Middle East: Not Just the Faiths of Abraham

Heirs to Forgotten Kingdoms: Journeys into the Disappearing Religions of the Middle East 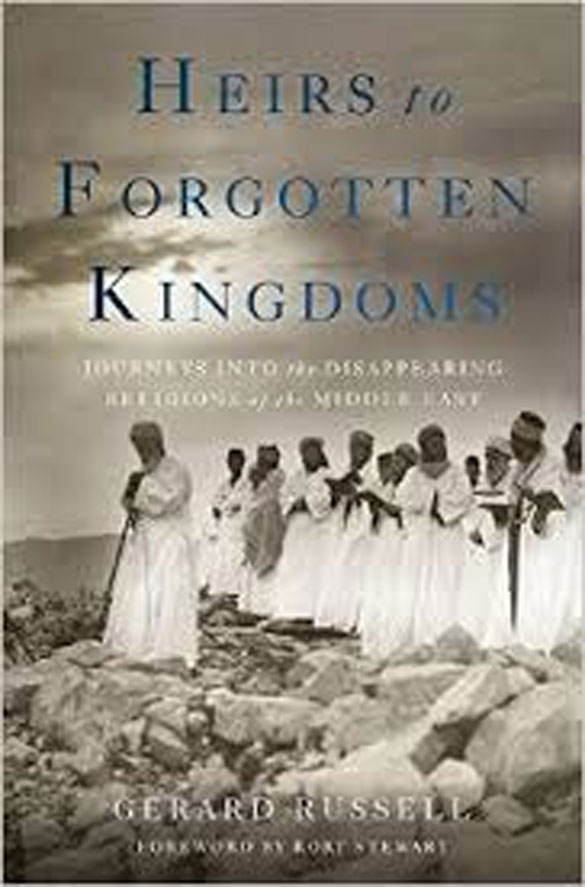 THE thrust of this wonderfully intriguing book is that virtually all the religions of the Middle East, not just the Abrahamic ones (Judaism, Islam and Christianity) but also a clutch of mysteriously esoteric ones, are marvellously entwined. This should draw people together, encouraging mutual respect for their common spirituality and lovingly shared heritage, not tear them lethally apart. If only.

For the most part the dominant religions of the region, in particular Islam, were fairly tolerant of the minority ones, more so than Christianity was towards its pagan precursors in Western Europe. It is all the sadder, therefore, that the turmoil of the past few decades should be pulling the religions asunder, threatening to destroy the weakest and most obscure of them. The book is bitterly topical, especially regarding the fate of the Yazidis, a sect that is the subject of an entire fascinating chapter.

Gerard Russell is a British-American Catholic who speaks Arabic, Farsi and a bit of Dari. He studied classics and philosophy at Oxford and spent 14 years as a diplomat for the British Foreign Office and the United Nations, mainly in the Middle East. He has lived in Baghdad, Cairo, Jeddah, Jerusalem and Kabul. He empathises with a bewildering array of people, including minorities such as the Druze of Lebanon; the Alawites, mainly in Syria; the Mandaeans of the Iraqi marshes; the Kalasha of the Hindu Kush in the northernmost reaches of Pakistan; the Zoroastrians, once mostly in Iran; the Samaritans (adherents of an offshoot of Judaism) now hanging onto a patch of the West Bank of Palestine; the aforementioned Yazidis of northern Iraq; and finally the Copts of Egypt.

Mr Russell gives all of these peoples their due. He describes and explains the intricate tapestry of custom and belief that connects them all, even though some of them, especially the Druze and the Alawites, cloak themselves in a shroud of mystery that Mr Russell, travelling intrepidly across mountains and through marshes, nonetheless manages largely to unveil.

He shows how false it is to draw a line between Europe and the Middle East. Ancient Greece morphs into the eastern Mediterranean, its religious ideas and customs trickling over to Mesopotamia, Persia and beyond. The early Druze looked to Pythagoras, Plato and Aristotle. The Alawites, who are often categorised as an offshoot of Shia Islam, share the belief of the Druze and the Yazidis in reincarnation, while also being influenced by Christianity. “We have intellectual cousins in unexpected places,” Mr Russell writes.

He wants, in particular, to “give a voice” to the sects that are most vulnerable to extinction, either in the sense that their belief systems are in danger of fading out or that those who hold them may be physically expunged. The Yazidis, whose number is unknown but may not exceed 200,000, are today threatened by the jihadists of Islamic State, who claim (wrongly, as Mr Russell explains) that they are devil-worshippers for whom a peacock angel is their holy focus. “Far from worshipping the devil, [they] believe that there is no such thing.”

The Druze, who survive in Lebanon as “kingmakers…but never kings”, are doing well enough there and in Syria and Israel, but are always wary of their vulnerable minority status. The Zoroastrians, mostly now in India, where they are known as Parsees, are probably fewer than 200,000 and shrinking. The largest community of Mandaeans, 650-strong, may now be in Massachusetts. The Kalashas in the northern tip of Pakistan, threatened by the possibility of a tunnel that would dangerously connect them with the country’s Sunni Muslim majority to the south, number around 4,000. The Samaritans, who Mr Russell suggests may yet be a bridge between Palestinians and Israelis, since they depend for their survival on both, are down to 750 living souls.

Mr Russell declares that his aim is to address three things that troubled him during his time in the Middle East: “Humanity’s collective ignorance of its own past, the growing alienation between Christianity and Islam, and the way the debate about religion has become increasingly the preserve of narrow-minded atheists and literalists.” He addresses all three with erudition, sensitivity, humour and aplomb: a remarkable achievement.