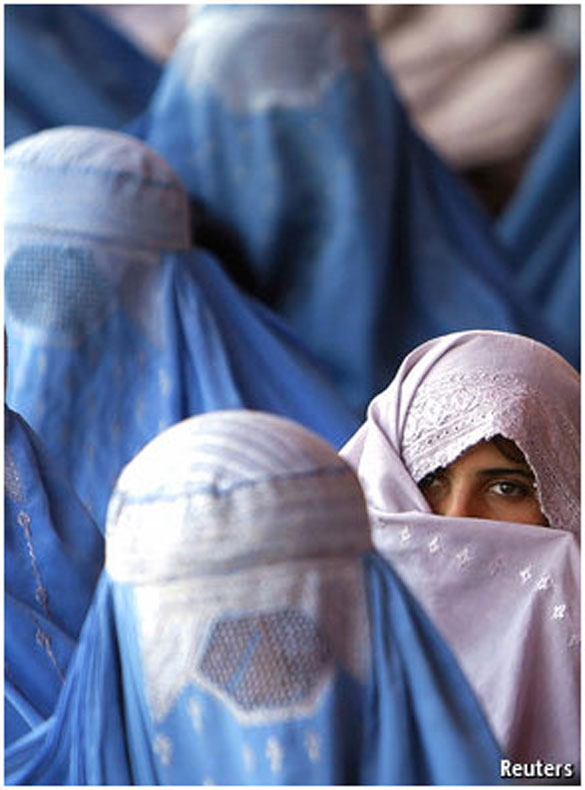 A person, not a problem

Your Fatwa Does Not Apply Here: Untold Stories From the Fight Against Muslim Fundamentalism. By Karima Bennoune

ISLAMIC fundamentalism is more destructive than most people in the West can possibly imagine, but so is Western Islamophobia. That essentially is the thesis Karima Bennoune lays out in “Your Fatwa Does Not Apply Here”, which examines Islamic zeal throughout the Muslim world, from the Horn of Africa to her native Maghreb to Russia.

Her reporting is diligent, passionate and convincing. Originally from Algeria but now a law professor at the University of California, Ms Bennoune’s strongest stories are also her most bitterly personal, about the war that ravaged her homeland throughout the 1990s after the army stopped Islamists taking power. With courage and empathy, she takes readers to hardscrabble streets where Islamist militias unleashed a wave of almost indiscriminate butchery. She meets a woman who lost her husband and then six of her nine children; a newspaper publisher who returned from a funeral to find his offices blown up but still puts out a paper the next day; a nurse who lies at home helplessly after being paralysed by a rocket attack.

Whether by interviewing exiles (Iranians and Somalis in America) or through touring benighted war zones, Ms Bennoune presents similarly harrowing tales from across the Muslim world. She shows that most of the victims of violent fundamentalism are themselves Muslim. Her subjects are people who found dignity and meaning in Islam, often as part of a rich local culture, but who were branded as backsliders or apostates by an invasive species of zealotry.

Readers may pine for more analysis and fewer grisly anecdotes. But Ms Bennoune is clear about some things. The West, she argues, generally underestimates the deviousness and destructiveness of Islamist movements, whether they use bullets, ballot boxes or both. She has no time for Westerners who justify the Muslim Brotherhood and its ilk as valid expressions of an aggrieved culture. Nor can she abide people who see all Muslims as global adversaries; as if a ban on Sharia law in the American Midwest would make the world a safer place.

She is not alone in noticing that Western responses to Islamic troubles often fall into one of two traps: they either blame the religion or blame the West for stunting the Muslim world. But this raises the question of what an appropriate response to Islamic travails should look like. Ms Bennoune seems to imply that the West would do well to encourage non-fundamentalist readings of Islam. If the weed of fundamentalism cannot be uprooted, then it is wise to make sure that the other plants in the garden are in good health.