A Searing Split: A New Look At the Terror That Accompanied the Birth of Pakistan 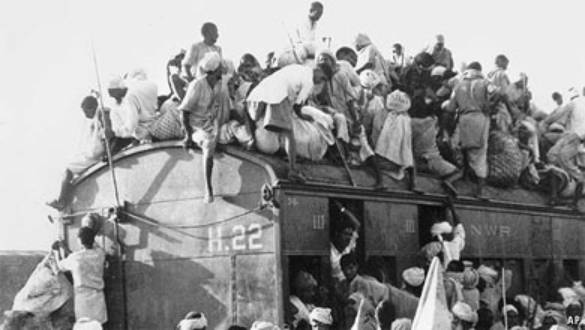 PARTITION, the bloody division of the Indian subcontinent into two countries in 1947, was a tragedy. The merits of the outcome—the creation of a Muslim-majority Pakistan separate from a secular but Hindu-majority India—have long been debated. But the botched and violent process of splitting up was undeniably catastrophic.

British colonial rulers who had long refused to discuss full independence, suddenly made for the exit with unseemly haste. The dividing line was drawn in weeks by an unqualified official, leaving a messy and dangerous legacy. Several rival leaders—Sikh, Muslim and Hindu—then scrambled for advantage, encouraging supporters to murder and rape as they sought to get control of land.

In “Midnight’s Furies”, Nisid Hajari, a journalist with Bloomberg, does a good job of recounting the horrors that unfolded, especially in Punjab. At least 14m people were displaced—“the biggest forced migration in history”—and hundreds of thousands were killed. With journalistic skill he retells moments of dramatic horror: the blowing up of a train by Sikh nationalists who then massacred its Muslim passengers; the Muslim thugs who bombed Hindu-occupied homes in Lahore and relished hearing the panicked screams of those burnt alive; the Hindu extremists in Hyderabad who massacred tens of thousands of Muslims after India’s army defeated rebels there.

Rather than dwell on the long-term causes of the split, which would have required a more scholarly assessment of the disputes and clashes of the two prior decades, Mr Hajari offers a clear, accessible and compelling account of the events during partition. As a result, he is less interested in the actions of Mahatma Gandhi, whose influence was waning by the mid-1940s, than in those of Jawaharlal Nehru, a brilliant, mostly sympathetic, but also arrogant man who would rule India until 1964.

In particular he focuses, as do most histories of partition, on the troubling character of Muhammad Ali Jinnah, the founding leader of Pakistan. Mr Hajari has little sympathy for Jinnah, a bitter and uncompromising man, calling him the “most polarising figure in the Partition drama”. Jinnah, more than anyone, was responsible for the creation of Pakistan, yet it remains unclear how much he really wanted it or whether he pursued the idea more as a tactic to increase Muslim clout within a larger India.

Mr Hajari judges him to have been “criminally negligent” in his thinking about the human consequences of his demand for Pakistan, calling him “vindictive” in his decision-making. Nehru deserves blame too, though, for example in his haughty dismissal of his rival. That fed Jinnah’s fears that India would “strangle Pakistan at birth”—deny it the economic means to prosper or to defend itself militarily—hence his determination to “fight it out”.

Jinnah’s paranoia led to Pakistan’s reckless first invasion of Kashmir, months after independence. The author concludes that it is the dispute over Kashmir, and that alone, which ensures a “violent, unbridgeable chasm” still divides India and Pakistan. He might have considered an alternative possibility: the idea that Pakistan’s army, and its supporters, keeps alive the dispute in Kashmir as a means of preserving its outsized claim on public resources and policymaking.

The book succeeds because of gifted storytelling. It is through his vivid description of small moments that Mr Hajari transforms an overwhelming event into an intimate experience. At a press conference given by Jinnah, one man cheers so hard that his false teeth come flying out. Earlier, when Nehru receives a letter inviting him to lead India’s government, he is too shaken to celebrate the moment because his car has just knocked down and a killed a child, whose blood is still on his sleeve.

Scholars might grumble that Mr Hajari pays too much attention to events in Punjab, in the west, and neglects the division of Bengal in the east of India, or that his summary of partition’s consequences is too compressed. These are not serious faults. “Midnight’s Furies” should be accepted as a gripping, skilfully crafted account of an awful period of South Asian history. It deserves a wide audience.