The Wars That Pakistan Began and Lost

From Kutch to Tashkent the Indo-Pakistan war of 1965 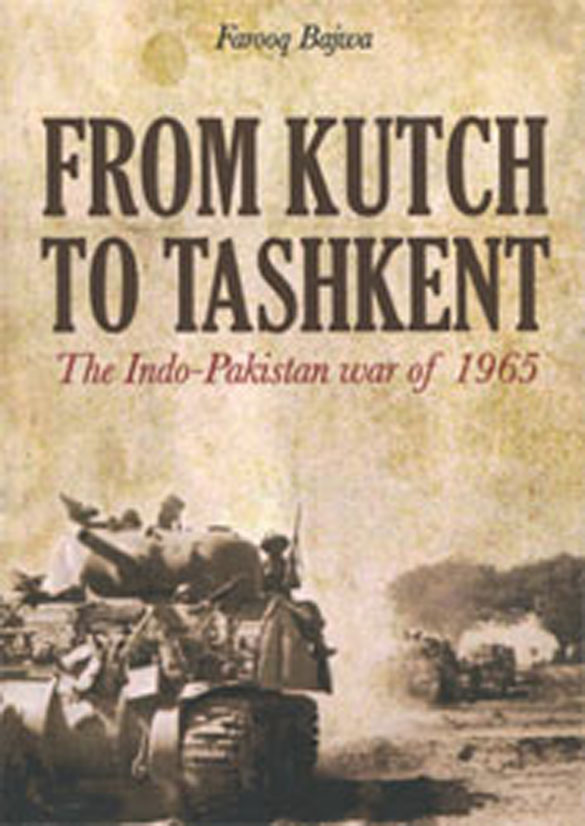 The story of the 1965 India-Pakistan wars, in May and September, today appears to be an almost forgotten episode in the history of the subcontinent. Yet there are the incidents and the personalities who remain etched in the memory for the varied roles they played in the conflict, assuming that you regard the Rann of Kutch battles and the later, larger war in September 1965 as a single stream. On the night India's Prime Minister Lal Bahadur Shastri died in Tashkent, hours after he had inked a deal with Pakistan's president Ayub Khan, Zulfikar Ali Bhutto was awakened from sleep by his Machiavellian foreign secretary Aziz Ahmed. 'Sir', said Ahmed, 'the bastard is dead.' Bhutto's response was, 'Which one?'

Bhutto was unhappy at the declaration his president had signed with Shastri. Both men, in his opinion, were equally bad. Farooq Bajwa, in this excellent history of the 1965 conflict, demonstrates something else: the conflict was largely one of Bhutto's making, with considerable input from senior Pakistani officers. On a broader scale, though, the genesis of what has by now mutated into endless suspicion and bitterness between India and Pakistan lies in the inability of the two countries to resolve their dispute over Kashmir. The trouble originated with the dithering of the Hindu ruler of Muslim majority Kashmir over the issue of the state's accession to one of the two independent countries the departing British colonial power had fashioned out of India. And then Muhammad Ali Jinnah, through sending Pakistani soldiers disguised as tribals into Kashmir, clearly with the aim of capturing the state and have it merge with Pakistan, made matters worse.

Much of the same scene was to be played out in 1965, first through Operation Gibraltar in the Kutch, and then through Operation Grand Slam in September. Bajwa's account throws up, in precision of language, what many have known for a long time --- that the ambitions of Pakistan's political classes and its military have repeatedly pushed the country into risks it could eventually take itself out of through international intervention. Bajwa does not, of course, deal with the 1971 conflict. That is not his remit. But when one considers, having first read From Kutch to Tashkent, the entire set of circumstances which led to Pakistan's break-up in December 1971, one can easily comprehend the mentality in Pakistan that have caused it repeated humiliation. And in all this long tale of misjudgment and humiliation, one name that keeps cropping up is that of the inordinately ambitious Z.A. Bhutto.

Having taken over as Pakistan's foreign minister in early 1963 on the death of Mohammad Ali Bogra, the young Bhutto quickly set out to reshape the country's foreign policy. In the Cold War era and with Mao Zedong's China pushing its way to global prominence, Bhutto sought to impress on Ayub Khan the need for a 'New Foreign Policy' for Pakistan. The country, he reasoned quite articulately, was in need of lessening its dependence for aid and military support on the United States and focus on developing ties with the Soviet Union and China. Curiously, though, neither Bhutto nor President Ayub Khan felt any desire for an improvement of relations with neighbourring India. If anything, Pakistanis looked upon India and Hindus with undisguised contempt. In 1964, on his way back home from an overseas trip, Shastri stopped over at Karachi airport, where he was received by Ayub Khan. When the Indian prime minister departed for Delhi, Pakistan's military ruler contemptuously referred to Shastri's short stature and made it clear that he saw nothing remarkable in the man. Ironically, Shastri would, by the end of September 1965, cause grief for an entire Pakistani establishment.

Bajwa's work is a clear enumeration of the mistakes Pakistan made in going to war with India in 1965. The Kutch issue was eventually settled through British mediation, with Prime Minister Harold Wilson playing a leading role in assisting the two sides to reach a compromise. What Pakistan had called Operation Gibraltar came, in the end, to nothing. That should have led to rethinking among policy makers in Rawalpindi. It did not. By August, through a euphemistically coined Operation Grand Slam, the Pakistan army sent in, in a bad repeat of Jinnah's October 1947 exercise, soldiers again in the guise of tribals in the hope that the move would inspire Kashmiris to rise in revolt against Delhi and repudiate their union with India. In the event, the Kashmiris did not rise to the bait.  For Pakistan, the lesson was lost. Worse, its leaders appeared to be completely oblivious to the fact that the Indians might take action against Pakistan, which they eventually did on 6 September.

It was not Pakistan's finest hour, despite repeated assurances by Ayub Khan and the military that Pakistan's soldiers were scoring huge successes on the battlefield. Indian forces, at places in difficulties, were nevertheless in little mood to give Pakistan any route out of a conflict Pakistan's leadership had created. Incredulously, Ayub and Bhutto banked on the idea that the Chinese would, in something of a repeat of 1962, would send their soldiers from the north into India and thereby ease the pressure on Pakistan. Even as the war went on, Ayub Khan visited Peking, only to be disappointed. Chou En-lai was not about to promise any help, either in the matter of an attack on India or supplying Rawalpindi with fresh weapons. China's advice was simple: if Pakistan's army was in trouble, let it go for guerrilla warfare against Indian. An unhappy Ayub Khan returned home, unsure of the ways and means by which he could reach a cease-fire with Delhi.

But a cease-fire was finally arrived at, on 23 September, though not before Bhutto had demonstrated some of the histrionics that would subsequently destroy him and his country. His rant on freedom for Kashmir won no sympathizers. If anything, over the months he had become an irritant for governments in Washington and London. Lyndon Johnson warned Ayub Khan about the ambitions of his young foreign minister. Harold Wilson, for his part, would spot evil incarnate in Bhutto. In Tashkent, both Alexei Kosygin and Andrei Gromyko would studiously ignore Bhutto and deal directly with Ayub over a possible agreement with Shastri. Ayub Khan himself was no angel. On arriving in Tashkent in early January 1966, he infuriated Kosygin by telling him that when the India-Pakistan conference opened the next morning, he would not shake hands with the Indian prime minister. He did not want Pakistanis back home to see images of their brave Muslim leader shake the hand of a Hindu. He backed down in the face of Kosygin's fury.

Bajwa's account of the 1965 conflict is a fascinating account of the men who mattered in that year of monumental Pakistani blunders. Long details of the many meetings the American ambassador to Pakistan, Walter P. McConaughy, had with Ayub and Bhutto provide an important insight into US-Pakistan relations at that point, especially in terms of Washington's discomfort over Rawalpindi's growing ties with China. Ayub, who had not been exactly happy with President John F. Kennedy's decision to send McConaughy as ambassador to Pakistan, given that America's envoys to India were decidedly of a higher intellectual stature, was roughly told by McConaughy at the height of the September war, 'Mr. President, the Indians have you by the throat.' Ayub's angry response was that Pakistan would cut off the hand put on its throat.

Tashkent was a victory for Lal Bahadur Shastri. Much as the Pakistani delegation wished to have a clear message about the future of Kashmir included in the declaration, the Indian team showed itself in little mood to accommodate Rawalpindi's desires. Tashkent was to turn out to be the initial steps in the unravelling of Ayub Khan's presidency and the diabolical rise of Zulfikar Ali Bhutto to political prominence. Having clung on to power through a clearly rigged election, by means of a curiously shaped Basic Democracy system, Ayub Khan was a spent force by 1968, the tenth anniversary of the coup d'etat that catapulted him to the presidency. More significantly, growing discontent in East Pakistan over political and economic deprivation would lead to the rise of Bengali nationalism under a young, uncompromising Sheikh Mujibur Rahman, who would eventually find his own place in history as the founding father of Bangladesh.

From Kutch to Tashkent promises to be a source of delight for researchers of sub continental and especially Pakistani history. In broad measure, it is mirror into the negative psychological make-up that has consistently defined Pakistan's political and military leaders since the country was created in 1947. One wonders if any lessons have been learned.

Syed Badrul Ahsan is with The Daily Star