JOURNALISTS are often attributed with writing the first draft of history. But of late, they have started going up the history value chain by writing books on epochal developments which they have not only covered but also watched unfold from the ringside. Carlotta Gall is one such journalist who has written an absolute blinder of a book which lays out in detail how and why America’s war in Afghanistan went so badly wrong. Anyone who has read Gall’s dispatches in The New York Times would vouch for her ability to report a story rivetingly. Written in a journalistic style, her book makes for a very racy read even for a casual reader who just isn’t that much into Afghanistan or Pakistan. Academics generally tend to turn up their nose to such writings and label them as superficial. 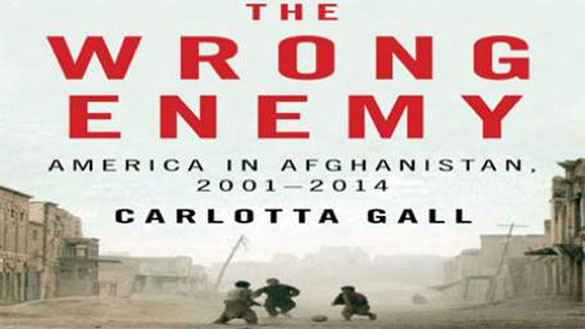 But the fact is that works like Gall’s are far more readable than the esoteric, and often terribly boring, writings of academics, more so because Gall brings a deep insight and understanding of what was at play in Afghanistan.

The Wrong Enemy lucidly lays out all that went wrong in the way the US fought the war and how it was wittingly led up the garden path by its ‘ Major Non- NATO ally’ — Pakistan. A lot of what Gall writes in the book was already known to people who have watched the Af- Pak region closely. But she fills in certain details that were not in the public domain. Take for instance, the infamous Kunduz airlift in which Pakistan pulled out its military and intelligence officials and some other jihadis who were working with the Taliban. Given that the US had the entire Afghan airspace monitored, these flights just could not have happened without the American concurrence or, if you will, connivance. If ever one has to list the turning point from where the US war effort in Afghanistan started going wrong, then surely the Kunduz airlift must rank right at the top.

Gall leaves the reader wondering what the top echelons of the US policy establishment — in both Bush and Obama administrations and the CIA, State Department and Pentagon — were smoking when they decided to first enlist, and then worse, persist with, Pakistan as an ‘ally’ in the war on terror and that too in Afghanistan and that too against Radical Islamists and jihadis who were Pakistan’s own boys and ‘strategic assets’! It isn’t quite clear what the people who called the shots thought about Pakistan’s perfidy, or for that matter what options they had other than constantly mouthing the mantra of ‘ do more’ to make the Pakistanis fall in line. If all that the sole superpower could come up with was the tripe that Richard Holbrooke and his merry men tried to sell, which included buying Pakistan’s support through more money and offering some diplomatic crutches (for example, buying into the nonsense that the road to Kabul ran through Kashmir), then defeat was always going to be America’s fate in this war.

The thesis that Gall propounds in her book — the US walked into the trap of the Islamists by going to war in Afghanistan which the Islamists wanted to serve as a battleground for a great conflagration between the Western and Muslim worlds — is contestable. Had the US not shifted its focus and entered into an unjustified and unnecessary war in Iraq even before it had stabilised Afghanistan — it failed to read the tell- tale signs of things to come because of Taliban regrouping inside Pakistan — things might well have turned out very different. But where Gall gets it right is that the West, especially the US, never really understood the phenomenon of ‘jihadism’.

The US was fighting a worldly war against an enemy that revelled in the ‘other world’ and embraced martyrdom as a badge of honour. More than the double game of Pakistan and its duplicity — Gall’s book is nothing if not a severe indictment of Pakistan — it was the failure to come up with a counter- narrative to the Islamists that has defeated the West. The idea and ideology that gave the jihadis the limitless supply of recruits was what needed to be demolished and defeated. This was the idea that made Taliban supremo Mullah Omar take on the US because he was ready to sacrifice everything rather than befriend non- Muslims as that was against his belief and religion. This is precisely the idea that so many Pakistanis espouse everyday in their writings, TV programmes and what have you. And yet if the US thought it would be able to get Pakistan to play along, then surely the Americans were taken up the garden path by the Pakistanis with their eyes wide open.

Sushant Sareen is a senior fellow at Vivekananda International Foundation