Why Islamic Feminism Is Not a Contradiction 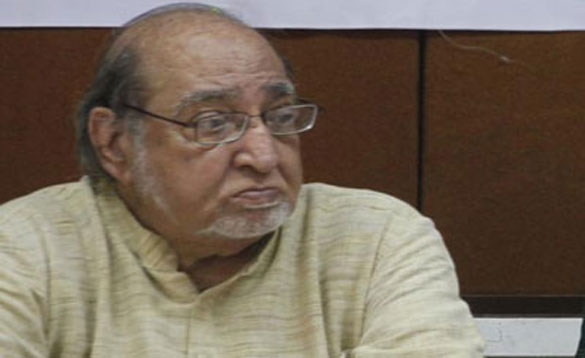 ASGHAR Ali Engineer, lovingly called ‘Dr Engineer,’ was a Bohra cleric’s son who tirelessly campaigned all his life against religious fundamentalism, intolerance and gender injustice. He was trained in Quranic Tafsir (commentary), Tawil (hidden meaning of Quran) Fiqh(jurisprudence) and Hadith (Prophet’s sayings). He learnt the Arabic language from his father. Engineer wanted to rework the faith afresh so as to both promote a better external understanding of Islam and to critique some of its manifestations from the inside.

His progressive interpretation of the scriptures often brought him into headlong conflict with the orthodox clergy at great personal risk. Engineer questioned the monopoly (as well as unaccountability) of religious leaders like the Syedna who levied taxes on the community from the cradle to the grave; an act for which he faced scorn, social boycott and, sometimes, violence.

Engineer’s premises regarding gender equality were likewise simple: If ‘Adl’ or justice is central to Islamic discourse, why doesn’t it extend to gender roles? If "feminism is …but a discourse on women’s rights in the modern context" (as he takes pains to point out in the text) then why should the term "Islamic feminism" seem paradoxical? Why should technology only be accepted where it perpetuates orthodoxy. For instance, why do the Ulema accept triple Talaq sent via an SMS to be legitimate, and do not uphold the Quranic values of obligatory education for both men and women? Most importantly, why should women be forced to choose between their Muslim identity and modernity?

In this scholarly work, Engineer furthers his arguments with great skill. The book is thickly interspersed with references to the Quran (which he considers ‘authentic’ being the "Word of God" as compared to the Fiqh and Hadith that came later). He then provides an interpretation within a context wherever possible, to bring out the true significance of the verses. He voices the concerns of a prominent Iranian thinker, Ziba Mir Hosseini, when she says that the position of the Muslim woman in today’s world is "local, diverse, multiple and evolving" and acquiesces with her that, "assumptions and laws about gender in Islam — as in any other religion — are socially constructed, and thus open to negotiation and historically changing."

He wanted women to study, interpret and become a part of the Islamic religious and legal discourse in order to influence it as law follows social change as also to conceive their own brand of feminism as done by women in Iran. He quotes many sources like Mumtaz Ali Khan’s Haququn Niswan, which had correctly interpreted the Quran to assert women’s rights, but these were lonely voices and soon stifled in favour of the Ulema who, he says, banished women even from mosques.

Engineer did commendable work in separating the grain from the chaff to advocate the rights of the modern Muslim women lost in the nebulous labyrinth of religious doctrine. His brand of feminism was intertwined with other peoples’ struggle for peace, justice and dignity. For champions of women’s rights as well as world peace his presence and energy will be sorely missed.