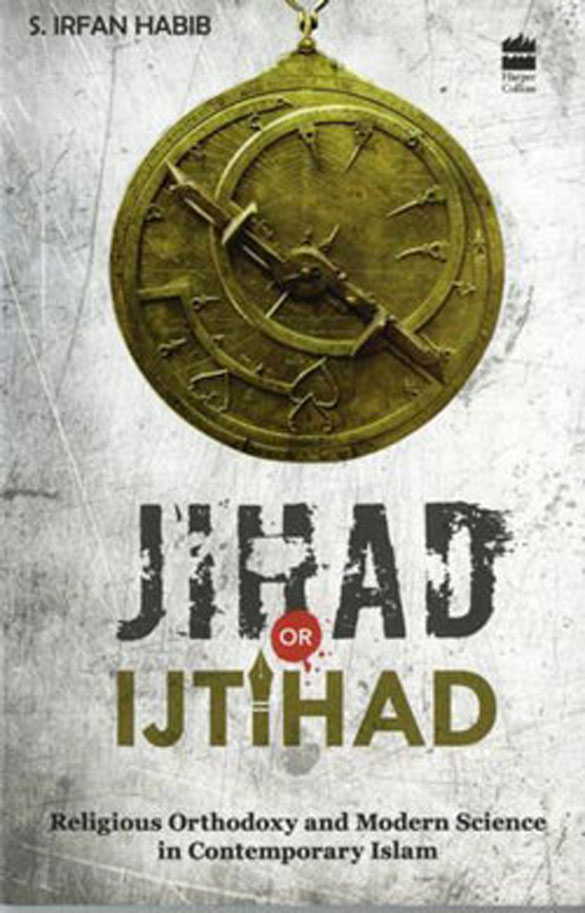 Collisions between science and religion have been part of the normal story for centuries. Also, there is a tendency among believers to argue for the faith’s superiority over science. In this larger discourse, Islam is not an exception though greater attention has been given to it in recent years.

This book explores the inter-relationship between science, modernity and Islam. Deeply disturbed by contemporary concerns over the linkage between Islam and terrorism, the author has provided insights on the discourse over Islamic science. The book has four key chapters. Some of them are elaborated from the published articles in major academic journals. What makes the core interpretation of its argument particularly useful is the endeavour to dig deep into history, show the relationship between Islam and science, and remind readers that scientific thoughts are not entirely the West’s monopoly. More interestingly, there is nothing called Islamic science as some scholars would like us to believe.

The author categorically states that it is not Islam, but Islamism which is problematic because the latter is a political project devoid of conventional theological objectives. Furthermore, he does reiterate that the disappearance of Ijtihad/or independent and rational thinking has contributed to the decline of intellectual reasoning. Islamic scholars such as philosopher Mohammed Iqubal, Mohammed Obduh, grand mufti of Egypt, and Ziauddin Sardar recognise the importance of Ijtihad in explaining the state of affairs in Islam and among Muslims.

What is “Islamic” about Islamic Science? The author examines this puzzle by illustrating the views of scholars such as Kolkata-based Islamic scholar, Maulvi Karamat Ali Jaunpuri, Maulvi Obeidullah Ubedi, mathematician Munshi Zakaullha, one of the key figures of Delhi renaissance, and Sayed Jamaluddin Al-Afghani, a well known pan-Islamist who visited India during the 1880s. They recognised Islamic civilisation as part of the modern science and practised cross-cultural exchange of ideas as the basis for modern knowledge. They also advocated for such approach very forcefully. He explains in details the works of these scholars and enlightens us with the claim that neither the Koran nor the Prophet limited followers to text and traditions of Islam instead both did allow human reason to shape the dynamism of Islam.

One important chapter in the book is about Maulana Abul Kalam Azad. Chapter five is devoted entirely to his intellectual life and contributions not just specifically to science but also to various aspects of his intellectual contributions, broadly as a scholar, noted public figure and intellectual of his time. In this chapter, the author devotes five pages to discuss Maulana Azad’s contribution to the interpretation of science and its relevance. I wish he had devoted more space to this particular dimension instead of digressing to areas like his contribution to education, art and culture though understanding each of these aspects has undeniable connection.

Notwithstanding his limited focus on this question, the author makes some seminal points that deserve attention in the contemporary concerns over the relationship between science and Islam. He draws our attention to Azad’s very valuable work, Tarjuman Al Koran, his Urdu translation completed in 1930. In this work, Maulana Azad maintains that we cannot expect to find facts of history and science in Holy Koran. According to Maulana Azad, “The aim of the Koran, he says, is to invite the attention of the Man to His Power and Wisdom, and not to make exposition of the creation of the Universe.” Maulana Azad, according to the author, rejected the claim that science and Islam are contradictory in their entirety.

I wish the book could have paid little more attention to other sources of such findings in addition to Maulana Azad in Indian context. It is true he was a towering figure but there are perhaps other sources where such discussions must have taken place long before even Maulana Azad or Sir Sayed arrived on the scene among Indian scholars. Yes, there is some discussion on Sir Syed, and his works by the author.

Islamic intellectual tradition has a long history, and there should be some evidence of discourse on this question on both sides which needs to be unearthed in order to make a much stronger case of liberalism among Indian Muslims and its quest for scientific outlook. My observation is consistent to the argument that the author advances in his Conclusion part. There he notes that there is “intractable problem of modernity and Islam.”

At this point, he elaborates that in our attempt to essentialise Islam, there is a tendency to ignore the fact that modern science owes a great deal to the Islamic tradition. That is suggestive of the fact that this organic relationship between Islam and science needs to be highlighted in our contemporary public discourse. Of course, a lot more has happened, but a comprehensive understanding of the evolution of modern science demands recognition of this historical connection, and I am certain there are evidences of this in Indian Islam, Hinduism and other faiths as well.

Without doubt, there is a growing need for scholarship of this type at a time stereotypes are replacing facts, propagandas dominate public perceptions, and reason is not seen as necessary as the premise of truths. In the light of this growing darkness around us that threatens pursuit of truth and science, the ideas and arguments developed here are very invaluable and inspiring.

There is of course a great deal work needed, but that should not undermine the valuable presence of this book for students who believe that science and faith can co-exist, and scientific pursuit requires uninhibited human freedom, and that should not be curtailed in the name of faith.