With Wisdom and Intellect, the Prophet Erected the Pillars of the New Society

Just as the Prophet (May the peace and blessings of Allah be upon him) had established a code of brotherhood among the believers, similarly he was keen on establishing friendly relations between the Muslim and non-Muslim tribes of Arabia. He established a treaty aimed at ruling out all pre-Islamic enmities and inter-tribal hostilities. He was careful not to leave any area in the charter that would allow pre-Islamic traditions to creep in or violate the new environment he wanted to establish. Here we look over some of its provisions:

In the Name of Allah, the Most Gracious, the Most Merciful.

They are one nation to the exclusion of other people.

Believers shall not leave anyone poor among them by not paying his redemption money or blood money in kind.

Whoever is rebellious or whoever seeks to spread enmity and sedition, the hand of every God-fearing Muslim shall be against him, even if he be his son.

A believer shall not kill another believer, nor shall he support a disbeliever against a believer.

The protection of Allah is one (and is equally) extended to the humblest of the believers.

The believers are supported by each other.

Whosoever of the Jews follows us, shall have aid and help; they shall not be injured, nor any enemy be aided against them.

The peace of the believers is indivisible. No separate peace shall be made when believers are fighting in the way of Allah. Conditions must be fair and equitable to all.

It shall not be lawful for a believer, who holds by what is in this document and believes in Allah and the Day of Judgment, to help a criminal or give him refuge. Those who give him refuge and provide him help shall have the curse and anger of Allah on the Day of Resurrection. Their indemnity is not accepted.

Killing a believer deliberately with no good reason entails killing the killer unless the heirs consider it otherwise.

Whenever you differ about a matter, it must be referred to Allah and to Muhammad (May the peace and blessings of Allah be upon him). 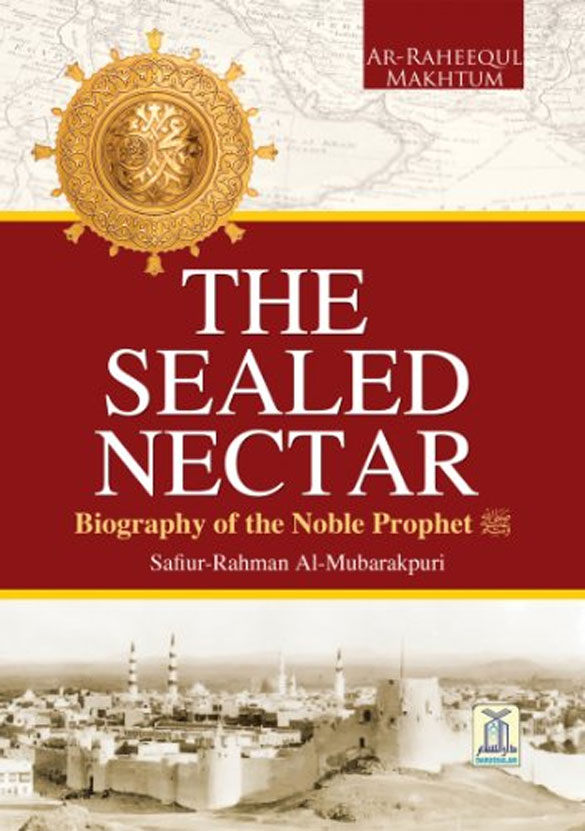 Excerpt From: The Sealed Nectar, Biography of Prophet Muhammad. (SAW) by Darussalam Publishers.

The Individual Role in the Society

With wisdom and intellect, the Prophet (May the peace and blessings of Allah be upon him) erected the pillars of the new society. This phenomenon no doubt left its mark on the virtuous Muslims. He used to bring them up in the light of Islamic education, he taught them to purify their souls, enjoined them to observe righteousness and praiseworthy manners and was keen on infusing into them the ethics of good relations, honour, nobility, worship and first and foremost obedience to Allah and His Messenger. The following are some of the virtues he used to instill in the minds of his followers:

A man asked Allah’s Messenger which of the merits is superior in Islam. He remarked:

“That you provide food and extend greetings to one whom you know or do not know.’’

O you people! Extend the greeting of peace among yourselves, provide food to the needy, maintain the ties of kinship, observe prayer at night while people are asleep, then you will peacefully enter the Garden (Paradise).

He will not enter Paradise, whose neighbour is not secure from his wrongful conduct.

The Muslim is the one from whose tongue and hands the Muslims are safe.

None of you believes (truly) till one likes for his brother that which he loves for himself.

The believers in their mutual love, are like the human body where when the eye is in agony, the entire body feels the pain; when the head aches, the whole body will suffer.

The bonds of brotherhood between two Muslims are like parts of a house, one part strengthens and holds the other.

Do not have malice against a Muslim; do not be envious of other Muslims; do not go against a Muslim or abandon him. O the servants of Allah! Be like brothers with each other. It is not permissible for a Muslim to desert his brother for over three days.

Show mercy to people on earth so that Allah will have mercy on you in heaven.

He is not a perfect believer, who goes to bed full and knows that his neighbour is hungry.

Abusing a Muslim is an act of disobedience and fighting him is disbelief.

To remove something harmful from the road, is charity, and it is a part from the parts of Faith.

He also would encourage the believers to spend in charity, reminding them of its benefits for which the hearts yearn:”

Clothing an under-clad Muslim, entitles you to a garment from the Paradise; feeding a hungry Muslim will make you eligible (by Allah’s Will) for the fruit of the Paradise; and if you provide water to a thirsty Muslim, Allah will provide you with a drink from `the Sealed Nectar.

Try to avert Fire even by half a date (in charity); if not, by tendering a good word.

The Prophet (May the peace and blessings of Allah be upon him) also promoted the habit of not asking others for help unless one is completely helpless. He used to talk to his Companions about the merits, virtues and Divine reward for observing the prescribed acts of worship and rituals. He would always bring forth supporting proofs in order to link them physically and spiritually to the Revelation sent to him. Hence he would describe to them their duties and responsibilities in terms of the consequences of the Call of Islam, and at the same time emphasize the importance of comprehension and consideration.

This was his practice in order to boost their morale and instil noble values and ideals so that they could become paragons of virtue to be copied by subsequent generations.

Abdullah bin Mas’ud once said: “If you are willing to follow a good example, then you have an option in the tradition of the deceased, because the living are likely to fall as easy prey to oppression (so they might hesitate in Faith). Follow the steps of Muhammad’s Companions. They were the best in this nation, the most pious, the most learned and the least compromising. Allah chose them to accompany the Prophet (May the peace and blessings of Allah be upon him) and establish His religion. Therefore, become familiar with their virtues, follow their righteous way and adhere as much as you can to their manners and assimilate their biography, for indeed they followed unwavering guidance.”

There is then the great Messenger of Allah whose moral values, attributes of perfection, talents, virtues, noble manners and praiseworthy deeds, entitle him to occupy the innermost recesses of our hearts, and become the dearest goal that the soul yearns for.

These were the attributes and qualities on whose basis the Prophet (May the peace and blessings of Allah be upon him) wanted to build a new society, the most wonderful and the most honourable society ever known in history. On these grounds, he strove to resolve the long standing problems, and later gave humanity the chance to breathe a sigh of relief after a long exhausting journey on dark and gloomy avenues. Such lofty morals lay at the very basis of creating a new society with integrated members who would be immune to all fluctuations of time, and powerful enough to change the whole course of humanity.