The Science-Religion Relationship Can Contribute To Inter-Religious Dialogue 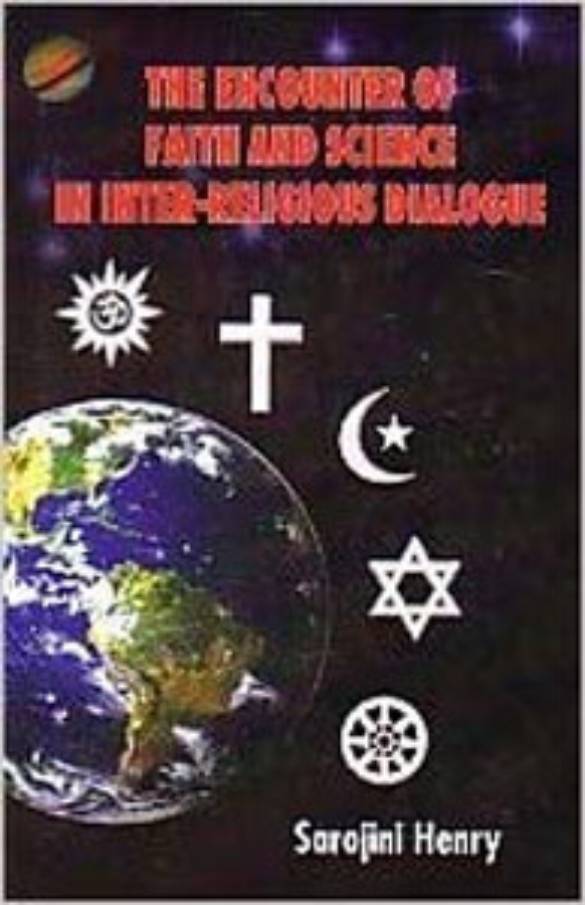 The Encounter of Faith and Science in Inter-Religious Dialogue

Interfaith dialogue has today become an existential necessity for global peace and prosperity. Such dialogue requires some basic common ground. In this fascinating book, Indian Christian scholar Sarojini Henry proposes the encounter between religion/theology and science as a common basis for dialogue between people from different faith backgrounds.

Henry remarks that for a long time, under the influence of modern thinking, science was assigned a cognitive superiority, because its tenets were said to be subject to verification, while religion, which was often taken to be subjective, was dismissed by many as irrational. But things are changing today. Henry notes that in recent decades, the conversation between science and religion has become a prominent discourse, engaging the attention of scientists, philosophers and theologians. There have been several attempts to establish a partnership between science and religion in the hope that this may provide greater understanding of the reality in which we live.  This partnership needs to take into account diverse religious faiths—each of them has something useful to contribute to the discussion.

In the opening chapter, Henry explores diverse ways of envisaging the relationship between science and religion. An earlier model posited them as being in conflict. In contemporary times, however, this model’s appeal has declined, Henry suggests. Today, there is a growing tendency to recognise religion and science as partners, a trend that Henry considers as “one of the most exciting and controversial intellectual projects of our time.”

The partnership model is becoming increasingly acceptable especially given ‘limit questions’ that arise in science but that cannot be answered by it—questions that often express our wonder at the mystery of life, such as: Why is the world the way it is? Why is there a world at all? Why are the laws of nature as they are? What is the origin of things? Likewise, many theologians are now aware that they cannot pursue their theological commitments and formulate their religious beliefs without taking into account the findings of contemporary science. In other words, today many people realise that science and religion are complementary to each other, a far cry from the earlier model that posited them as being in conflict.

Henry sees the growing positive relationship between religion and science  as undermining the claims of scientism—the idea that the scientific method is the only reliable path to knowledge. Scientism, she tells us, is often coupled with materialism, which claims that matter is the only reality of the universe and that there are no supernatural forces—which makes it basically the same as atheism. Today, many scientists have recognized the falsity of this perspective, and, in the climate of growing cognitive pluralism, recognize the value of other forms of knowledge, including religious. This trend has been bolstered by the challenges posed by ‘Postmodernism’, which dismisses all authoritarian claims, including of scientific and religious absolutism, and argues that all forms of knowledge are socially conditioned. In a climate when scientism’s narrow view of rationality has come to be increasingly challenged, more people, including scientists, are open to diverse forms of rationality, including those supplied by religion and spirituality. This opens up a more integrated model of knowledge.

The science-religion relationship, Henry contends, can contribute significantly to inter-religious conversation. It can provide a  good common round for inter-religious meetings. Henry identifies certain common themes in the science-religion interface that can be employed in this regard. One of these is cosmology—perspectives on the origin of the universe. Another is eschatology, or the end times. Yet another is the concept of the human person. Henry provides a brief account of some teachings on these issues in five different religions—Judaism, Christianity, Islam, Hinduism and Buddhism—as well as in science. She also highlights teachings from various religions in relation to some crucial ethical challenges posed by modern technology. This exploration suggests that religions can provide a moral framework for guiding scientific research and technology.

Inspired by wisdom from their own religious traditions on this large range of issues and sharing this wisdom with others, people  from diverse religious backgrounds can meaningfully work for the common good—of not just the human species but of all creation: That is one major lesson from this truly beautiful book. Henry does a great job in offering useful suggestions for deepening the science-religion conversation and for expanding the common ground for interfaith dialogue and inter-community solidarity.