The Role of Religious Education in Shaping Muslim Self-Identities 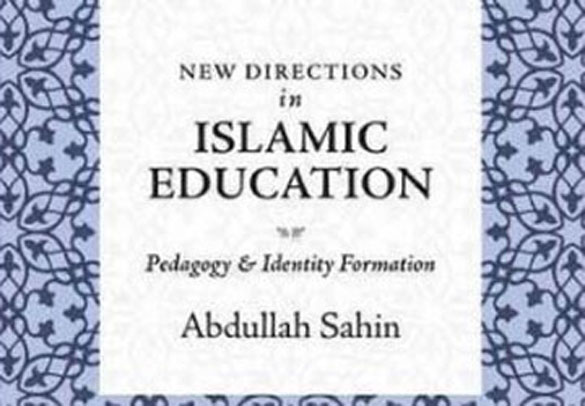 The role of religious education in shaping Muslim self-identities is a much-discussed issue these days. This timely book is a scholarly account of the subject. The author is well-qualified to handle the task he has taken on. Abdullah Sahin has taught at various universities, presently directs the Centre for Muslim Educational Thought and Practice, and is the course leader for the M.Ed. programme in Islamic Education at the Markfield Institute of Higher Education (UK).

The basic question this book asks is: What does it mean to be educated Islamically in the modern world? Sahin explains that as a “Muslim educator” he been preoccupied with this question for more than a decade and that his journey led him to rethink the theory and practice of contemporary Islamic education. Moreover, he writes, it challenged him to rethink Islam itself in the context of today’s world. “I have come to realise”, he says, “that, in order to attend properly to the complexity of this educational issue, I must engage with the more fundamental question of how the meaning of being human is imagined within Islam.”

To gauge what it means to be Islamically-educated in the modern world Sahin explores the theology and pedagogy of the educational practices in Muslim educational institutions in the UK and Kuwait as case studies. Sahin’s findings lead him to contend that “Such institutions appear to be no longer capable of producing creative minds” or “nurturing the skills” necessary to solve the complex problems of Muslims today. Moreover, he says, the majority of the Muslim educational institutions failed to help students gain proper knowledge and understanding of Islam and did not facilitate the development of “mature faith”.

Based on his survey of Muslim youth in Kuwait and the UK, Sahin reflects on contemporary Muslim religious education more generally. “Today”, he remarks, “it is unfortunate that the conception of ‘education’ within contemporary Muslim culture has become largely equated with an authoritarian process of knowledge transmission that is geared towards sharing the identity of the learner in a process akin to indoctrination.” “This rigid perception of Islamic education”, he believes, “is not confined to some extreme examples, such as the recent and increasingly violent Boko Haram movement in north-eastern Nigeria, which declares all forms of Western education to be sacrilegious.” Rather, he says, “The perception of Islamic education displayed within the traditional forms of Islamic schooling across the Muslim world, such as the madrasa of South Asia, the Pesantren system of Indonesia and the Hawza of Shia Islam indicate features of an instruction-centred and rigid inculcation process that largely ignores the personal agency of the learner.”

Echoing the views of numerous other Muslims who are concerned about the dismal state of Muslim religious education in various parts of the world, Sahin remarks, “Islamic education and education in general within Muslim societies across the globe has been reduced to a process of mere training, instruction, and, often if not always, indoctrination, largely due to the neglect of critical reflection upon the meaning of education.” Such practices, he says, “fail to transform learners and communities to develop the courage and competence required to face the challenges of today.” Moreover, he says, the educational process in many Muslim religious educational institutions also “does not appear to be communicating adequate knowledge and understanding of Islam to learners” and that they do not facilitate the emergence of “mature Islamic subjectivities.”

Sahin also believes that contemporary forms of Muslim religious education deny Muslim learners what he calls “their rights to personal agency and faith development”. The outcome of this denial, he remarks, “can hardly be reconciled with the values of democratic education or the educational ethics of Islam, which emphasizes the importance of maintaining the dignity of all.” Moreover, Sahin says, many Muslim religious educational institutions instill in their students what he calls a ‘foreclosed’ religious identity—one that is narrow, confined and not informed by the exploration process. Because of this and marked religious literalism, students may easily be prone to exclusivism. Another unfortunate aspect of the ethos and pedagogy of many such institutions is their focus on stressing differences with people of other faiths. “This”, Sahin opines, “is one of the least desirable modes of religiosity in a multicultural society, as it may include a strong vulnerability to extremism.”

“These challenges all strongly point to the urgent need to rethink the meaning of education (Tarbiyah) in Islam”, Sahin affirms.

If Sahin is pained by the dismal reality of contemporary Muslim religious education in general and the ‘foreclosed’ sense of Muslim identity that it promotes, he sees hope—in the possibility of rethinking what education should be according to his reading of the Quran. Reflecting on selected passages of the Quran, he says that education should be “the critical-dialogical process of becoming”, enabling humans to grow into “mature selfhood” and spirituality. The development of a “mature human personality in its cognitive, emotional, moral, religious and spiritual realms”, he says, constitutes the core of the Qur’anic educational vision and pedagogic practice. Hence, for Sahin, Islamically-appropriate religious education would consist not simply in providing bits of information but would nurture learners’ intellectual, emotional, and spiritual lives—their minds, hearts and souls.  The pedagogic practice based on this vision would seek to promote, in Sahin’s words, an “intelligent Muslim faith” and “engaged, reflective Muslim minds”, enabling students to “show confidence in relating meaningfully to the world around them” and also to be self-critical.

Sahin advocates greater openness in Muslims learning from, and with others. He points out that the Quran talks about getting to know and learning from each other and suggests that humanity enter into a “constant intercultural and interreligious process.” Such openness to others, including people of other faiths, would help cultivate a sense of identity that is more accepting and open, in contradistinction to the narrow, stifling ‘foreclosed’ identity that Sahin notes many contemporary Muslim religious educational institutions promote. This would seem to resonate with what Sahin calls the “educational aim of the Qur’an”, which, he says, “is to nurture an ethically responsible critical and open attitude within humanity, so that peoples of diverse cultures, faiths and races engage with a meaningful dialogical process of learning from one another.”

Sahin hopes that what he calls this “transformative model” of contemporary Islamic education can play a central role in rekindling creativity and dynamism in contemporary Muslim societies. Perhaps the future of these societies will be shaped, in large measure, by whether or not they choose that option.