The Mystery of the Historical Jesus—The Messiah in the Qur’an, the Bible, and Historical Sources 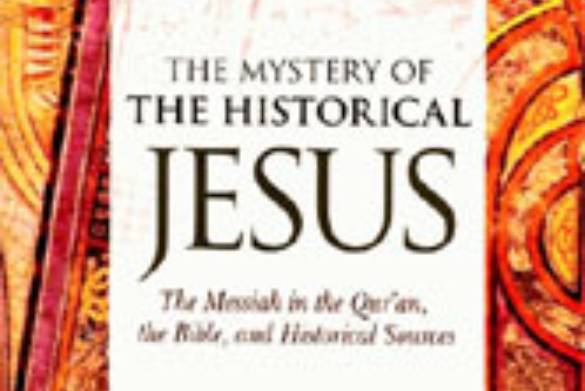 Name of the Book: The Mystery of the Historical Jesus—The Messiah in the Qur’an, the Bible, and Historical Sources

The quest for the ‘historical Jesus’, as distinct from the Jesus of faith of diverse groups of Christians, is a subject on which an impressive corpus of literature exists. Down the centuries, and  more so in recent times, numerous writers have written and debated about who the actual Jesus was and what his teachings really were, reflecting a profound uneasiness with some of the things that are claimed about him in the New Testament, whose contents were penned considerably after Jesus left the world.

The vast majority of writings on the issue of the historical Jesus have been by writers of Christian background, and almost all by Westerners. This book is of a different sort altogether. It is an attempt to seek to understand the historical Jesus from a Qur’anic perspective.

This attempt might seem bizarre for some, for what, they might ask, might the Quran, which appeared centuries after Jesus, have to contribute to our understanding of the historical Jesus? A great deal, a study of this voluminous tome will reveal, for Jesus is honoured as a prophet in the Quran, which refers to him in several verses. Belief in Jesus is integral to faith in Islam. Muslims regard Jesus as a ‘Muslim’ (that is, one who has submitted to God) and as having preached Islam—that is, submission to the one God.

Author Louay Fatoohi is brilliantly qualified for the task that he has undertaken. Born in Baghdad in 1961 in an Iraqi Christian family (his father was Catholic and his mother Orthodox), he accepted Islam in his 20s. A Ph.D. in Astronomy, he has spent years studying Islam, Christianity and ancient Middle Eastern history and has written extensively on these subjects.

Fatoohi shares with us that following his acceptance of Islam, the Qur’an ‘took center stage’ in his life. This, he says, renewed his interest in Jesus. While the Quran speaks highly of all prophets, he tells us, ‘it paints a particularly venerable picture of Jesus and presents him as a unique prophet, but this image is very different from the divine Jesus of the New Testament.’

This book, Fatoohi writes, is an ‘expression of my lifelong fascination with Jesus.’ Fatoohi sees it as filling a major gap in the existing literature on the historical Jesus by considering the Qur’anic account of Jesus’ life, its counterparts in the New Testament and other sources. He contends that, “unlike the New Testament stories, the Qur’anic statements about Jesus are consistent and can be reconciled with what we know from history.” “The Qur’an”, he says, “provides a coherent and consistent image of Jesus, whereas the Gospels draw conflicting images. In fact, the image of Jesus even within any one Gospel is inconsistent. Furthermore, the Quranic image makes much more sense of the limited historical information on Jesus than his images in the Gospels do.”

The 22 chapters of this book deal with a range of issues involved in the quest for the historical Jesus. Fatoohi indicates that there are numerous inconsistencies, unfactual statements and contradictions in reports related to Jesus in the Bible, underscoring clearly the role of human invention and imagination therein and the unreliability of several of the Bible’s claims. Drawing on the Quran, the books of the New Testament, ‘apocryphal’ texts by early Christians that were condemned by the Church as forgeries (often simply because they challenged the theology championed by the Church) and other sources, Fatoohi convincingly shows how Christian theology deviated widely from the original teachings of Jesus. In other words, Christianity does not represent Jesus’ teachings, and nor does the Jesus of Christianity truly reflect the historical Jesus.

Several claims that the New Testament makes about Jesus are patently false, Fatoohi brings out. These include, for instance, the concept of the Trinity, the deification of Jesus, the claim that Jesus was the Son of God (as Christians generally understand that term) or even God in human form, the claim that Jesus was crucified, and the claim that Jesus’ alleged crucifixion was the atonement for the sins of mankind and that faith in this is indispensable for human salvation. All these represent, Fatoohi indicates, sheer invention, a complete deviation from the actual teachings of Jesus and a total departure from the pure monotheism that Jesus taught. ‘While the Jews changed the Messiah into their political and military leader,’ Fatoohi notes, ‘the Christians turned Jesus, and thus the Messiah, into a divine being. They gave the Jewish concept of “son of God” divine connotations it never had and applied it to Jesus.’

At the same time, Fatoohi reflects on what the Quran has to say about Jesus, showing that, like all the prophets commissioned by God, he preached the oneness of God.  Unlike what Christians claim, Jesus never claimed divinity for himself.  ‘He was a faithful servant of God who stressed his servanthood to the Lord’, Fatoohi says.

This book is, clearly, the result of great dedication and enormous labour. It is a major contribution to the quest for the historical Jesus. Its large list of references indicates the author’s familiarity with a wide range of writings related to the subject. It is an eminently scholarly work, quite distinct from the many polemical writings on the subject. At a little over than 800 pages, it might be just too long for the average reader, though. Summarising its findings in the form of a slim volume might help in getting its vital message across on a wider level.