God for the 21st Century

Name of the Book: God for the 21st Century 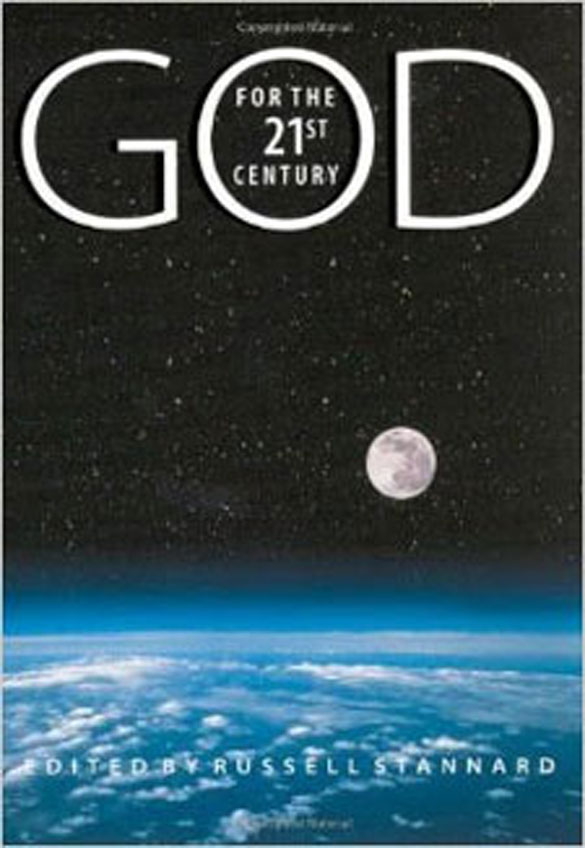 Contrary to what many atheist commentators had predicted, the march of ‘modernity’ in the 21st century has not led to the extinction of religion. Belying their hopes, modern science miserably failed to disprove God. In fact, today there is an increasing convergence between science and religion, something that was considered absolutely impossible by many ‘progressives’ just a few decades ago.

This delightful book brings together essays by 50 leading figures from different countries and various religious traditions who are noted for their contributions to ongoing discussions on interrelationships between science and religion. They reflect on a host of issues, most notably on the compatibility between faith in God and commitment to scientific advancement.

In his contribution, Ted Burge, Professor of Physics at the University of London, insists that there is no contradiction between God and science. An understanding of natural laws is fully compatible with faith in God, he suggests, for it is God who has created these laws. In a similar vein, Rod Davies, Professor of Radio Astronomy at the University of Manchester and a Christian preacher, remarks that the study of the origins of the universe is both a scientific and a religious voyage of discovery. ‘The scientific approach to creation and the religious approach merge’, he says, and both approaches lead us to be in awe at the wonder and potential of creation.

That everything in the universe is perfectly ordered and balanced in order to sustain life is something that many scientists (and others) have taken as evidence of a Divine Intelligence, or God. Michael Poole, research fellow at King’s College, London, remarks that the universe is finely-tuned for life. If any of the forces in the universe, such as, for instance, gravity, were just a little bit different, he says, stars and planets would have been impossible. Although, he says, this is not a fully ‘knockdown’ argument for the existence of God, it indicates that this view of the universe is entirely consistent with belief in God. ‘There is nothing irrational in believing in a Creator who made the universe with us in mind’, he writes, adding that while science may give us some information about how the universe developed the way it did, it cannot say why there is a universe at all (which is what religions tell us about, among other things). This, he says, might indicate the existence of a purposeful God.

Carl Feot, an Orthodox Jew who teaches Health Sciences at Yeshiva University, in New York, points out that leading physicists argue that modern physics is not only compatible with religious thought, but actually points to the truth of the postulate that an Omnipotent and Purposive Creator is running the universe. Expressing his pleasure at what he sees as the new dialogue taking place between religion and science, he says, ‘I am convinced that holding a religious perspective can help us understand the spiritual dimensions of science. Equally, I believe that grappling with scientific questions can help us achieve deeper insights into our religious traditions.’

Debunking the widely-held myth that relatively few scientists believe in God (this being related to another myth—that science has conclusively disproven God), Nancy Abrams and Joel Primack, both teachers at the University of California, Santa Cruz, report the results of a survey first taken 80 years ago and repeated in 1996. In 1916, 40 percent of American scientists said they believed in God. In 1996, the percentage was same. If the question had been worded differently, they say, the proportion might have been even higher, because the poll asked scientists if they believed in a personal God who answers prayers. Presumably, there were/are many scientists (one of them being Albert Einstein) who did/do believe in God but not in God understood in this sense.

Science does not yet, and cannot ever, have answers to everything, contrary to what some people believe. George Ellis, Professor of Applied Mathematics at the University of Cape Town, South Africa, reminds us that there are their limits to science. For instance, science cannot tell us what is beauty and what is ethical, or what is good and what is bad. Science can tell us what the laws of physics are, but not why they exist. It cannot tell us whether or not God exists. ‘These limitations’, Ellis, explains, ‘cannot be changed by future advances in science; they are fundamental to its nature. So we can expect many major advances in science in the future […] but we cannot expect it to solve ethical or moral or metaphysical issues.’ Science, Ellis underscores, forms a valuable part of human life, but it is not the basis for a whole human life. ‘We shall always need to study and teach ethics, aesthetics, and philosophy, as well as science—and this should include comparative religion if you want a whole human being’ he comments. ‘Those who claim science will supplant any or all of them are indulging in a little fantasy’, he says, adding, ‘Be kind to them, but don’t take them seriously.’

Another essay that highlights the limits of science is by Mehdi Golshani, Professor of Physics and Chairman of the Philosophy of Science Department at Sharif University of Technology, Tehran. Originally, Golshani tells us, science arose in a religious context. Its pioneers saw nature as the handiwork of God and considered man’s role as stewardship of the earth. But this has dramatically changed in the last two centuries—and now science in its dominant forms is silent on God. Dominant forms of modern science are atheistic or agnostic, but it is possible, Golshani tells us, to conceive of a theistic science, a science based on belief in a consistent personal God who created a planned, finely-tuned cosmos, which includes human beings who have the God-given ability to grasp nature. The theistic account ascribes this fine-tuning of conditions in the universe to design. God, it says, deliberately designed the world to be a home for life.

Believers in God have always stressed that the source of all goodness is God and that human welfare lies in faith in God. Religious faith can have measurable results in terms of physical and mental health, says Dale Matthews, who teaches medicine at Georgetown University School of Medicine, Washington DC. Matthews suggests that physicians should encourage patients to continue or consider authentic religious activity. ‘Perhaps clinicians of the twenty-first century will join with clergy to develop a new synthesis of scientifically based and religiously meaningful medical care to help persons who suffer and seek our aid,’ he remarks.

These are just a sample of the 50 short, and for the most part, inspiring and thought-provoking, essays included in this delightful volume. As an easy-to-read and non-technical introduction to a range of perspectives on a synergy between religion and science (which is now widely recognized not just as possible but even as eminently desirable), this book excels.