Can A Smart Person Believe In God?

Name of the Book: Can a Smart Person Believe in God? 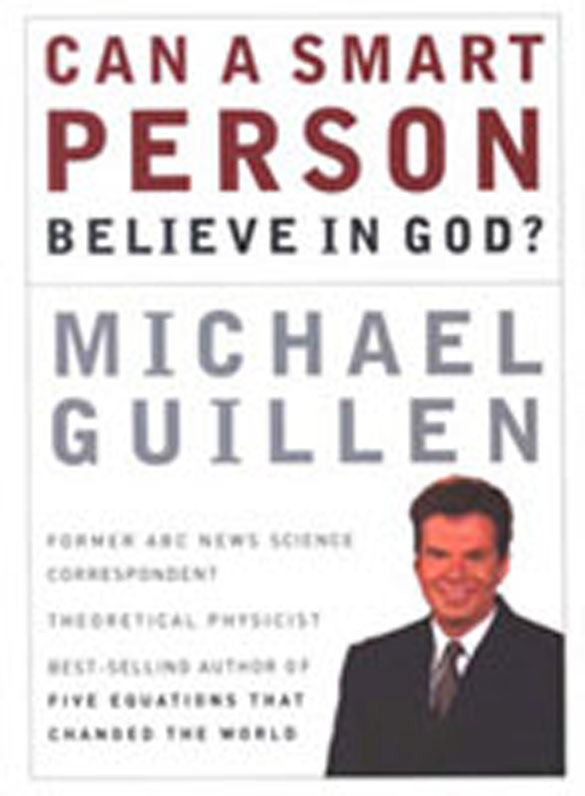 There is a widespread assumption that modern science has finally and conclusively debunked religion, and that no ‘modern-educated’, ‘scientifically-minded’ person can possibly take religion seriously.

It isn’t at all difficult to understand why this argument finds many enthusiastic takers. One reason is the patently unscientific beliefs and practices that are associated with much of popular religion and the way religion is routinely interpreted to legitimise hatred of people of other faiths and to justify all sorts of horrors, from caste and racial discrimination and gender injustice to terrorism and genocide. This has only made the arguments of the advocates of Scientism—the ideology based on the belief that Science is The Absolute Truth—seem even more compelling for many.

While there is definitely great merit in some scientific critiques of popular religion, many of the claims that advocates of the godless religion of Scientism make go just too far. It is one thing to expose some forms of conventional religiousness as ‘unscientific’ and false, but quite another to claim, as advocates of Scientism do, that Science has proved God to be unscientific, or, in other words, that it has shown God to be a myth. The fact that many forms of religion are definitely unscientific, superstitious and immoral and are most certainly the product of human minds does not necessarily mean that God, too, is a human construct, and that belief in God is unscientific, superstitious and immoral, too.

This point, however, is lost on many people, who fail to make the crucial distinction between religion, as popularly understood and practised, on the one hand, and God, on the other. Turning their backs on forms of traditional religion which no longer satisfy them intellectually, emotionally and spiritually, they have chosen to abandon faith in God, too, not considering that it might be possible to believe in God without this belief having to be defined by traditional forms of religiosity. They have fallen prey to the myth that no smart person can take God seriously.

But as this amazingly inspiring book tells us, it is not just possible, but actually absolutely compelling, for a truly smart person to believe in God. Michael Guillen knows exactly what he is saying, because he’s as scientifically well-informed as you can get: having studied science at Cornell University and taught physics at Harvard University for almost a decade, and having worked as a science correspondent for ABC News, a well-known American media channel. At the same time as he is an accomplished scientist, Guillen defines himself as a believer in God.

As he seeks to show not only that science and faith in God are compatible, but that, indeed, they must go hand-in-hand for a truly meaningful life and a more comprehensive and authentic understanding of the universe, Guillen effectively demolishes several popular myths. One such myth is the claim that few scientifically-minded people believe in God, and that people who believe in God are less intelligent than those who do not. He quotes an article published some years ago, according to which 40% of all American physical scientists believe in a personal God (Presumably, still more of them believe in a non-personal God). According to a 2003 poll that he refers to, among Americans with post-graduate degrees (supposedly America’s most well-educated people), 86% believe in God. People with faith in God founded the world’s first modern colleges in Europe and America, Guillen reminds us, and made amazing contributions in the fields of art, music, literature, architecture, education and even science—all the finer things called ‘culture’. Many pioneers of modern science believed in God, combining a high Intelligence Quotient (IQ) with a high Spiritual Quotient (SQ). In the face of this, Guillen tells us, atheists cannot honestly claim that they are smarter than those who believe in God.

For many scientists, Guillen points out, science is more than a profession—it is a religion, called Scientism, a form of godlessness. Material progress is their God. They hold that science can solve all problems and that the Scientific Method (in capital letters) is unquestionable and inerrant. Nothing that cannot be ‘proven’ through this method, they believe, is or can be true. In this way, they rule out the existence of God.

But not all scientists think that way, Guillen tells us. He cites his own example: he loves science. He has devoted his life to it. It has provided him decades of intellectual satisfaction and spiritual joy. But that is where it stops. He respects the scientific method but, he stresses, he does not worship it. He has faith in science, but despite all its spectacular successes, he doubts seriously its ability to lead us unescorted to the Ultimate Truth. As a scientist, he says, he can appreciate the rainbow in ways that laypeople cannot possibly imagine, ways they are unable to see with their scientifically-undeveloped perceptions of reality. But as a believer in God with balanced IQ and SQ, he adds, he can appreciate rainbows in ways that his colleagues who adhere to Scientism cannot possibly imagine, because of their spiritually-undeveloped perceptions of reality. As a believer in God, he is able to appreciate rainbows as stunning symbols of God’s immortal affection for us. That is why, he writes, whenever he sees a rainbow, he not only takes pleasure in its colors and wonders at the elegant mechanisms that create them but also marvels at the extraordinary genius of its Author, God. As he so beautifully puts it:

“I love science, but most of all, I love God—for creating   a universe that includes rainbows and a scientific method that seeks to appreciate them and everything else in the cosmos […] Yes, I love science, but it’s not my god. Instead, for me, science will always represent a precious gift from God.”

Science and religion, the intellect and the spirit, must work together, in tandem with each other, to help us form a more comprehensive understanding of the world and enable us grow more fully, intellectually as well as spiritually, Guillen suggests. And so, he looks forward to the day when intellectually- and spiritually-advanced people start cooperating to bring about a multidimensional balanced view of God’s awesome creation. He sees hopeful signs of that happening today, when, he says, science and religion are becoming more and more compatible.

Today, many scientists recognise that the universe had a definite beginning—in a Big Bang—and not that it was always there. This is added evidence, many believe, of a creator God who brought this universe into being. Moreover, as Guillen adds, there is stunning evidence that the universe came into being not accidentally, but in accordance with some master plan. It is characterized by just the right balance and amount of forces, otherwise it would not have existed. Many astronomers, Guillen notes, believe that the cosmos seems custom-made, fine-tuned by a Creator. Guillen quotes the widely-known cosmologist and uncertain atheist Fred Hoyle, author of Intelligent Universe, as remarking, “The probability of life originating at random is so utterly miniscule as to make it absurd.” Hoyle, Guillen tells us, calculated that the chances of Randomness creating a single protein molecule by accident were about as tiny as a sightless person solving the Rubik’s Cube!  He calculated that Randomness would need about 300 times the age of the earth to create a single protein molecule by accident—1.3 trillion years! Considering that scientists currently estimate the entire universe to be only 13 billion years old, that does not leave nearly enough time for Randomness to have pieced life together from scratch, by accident, thus effectively demolishing the claims of atheists who claim that the universe came into being through chance or at random.

Guillen rightly points out the perils of a one-sided approach to Reality, be it the anti-religious/anti-spiritual intellectualism of advocates of Scientism or the anti-scientific attitude of some religionists, as he pleads for a harmony of the intellect and the spirit, commitment to God and to understanding God’s Creation, which is the domain of science. Insisting on the need for synergy between science and spirituality, Guillen brilliantly responds to the question that he starts his book with, “Can a Smart Person Believe in God?”, by insisting that a truly smart person simply cannot not believe in God!

Guillen is a Christian, but this book has a ready appeal to people of all faiths, not seeking scientific ‘proof’ for specifically Christian faith-claims. That it does not seek to ‘prove’ any particular religion as ‘scientific’, and, hence, as true, but, rather, focuses on how science and faith in God are compatible, adds to its broader relevance. Unlike several other works on the subject, that for a layman seem tedious, technical and dry, it is written in an easily-understandable mode, not presuming more than a very minimal prior knowledge of science on the part of the reader. For those interested in discussions about God and science, this book is a very special treat!