The Islamophobes Have Arrived

The infrastructure of surveillance present in decades past was never dismantled. Indeed, that infrastructure is enhanced, modernised, insidious and more intrusive than ever. The targets of the agencies doing the eavesdropping have expanded beyond their original focus but the intent remains the same—to infiltrate, intimidate and disrupt those elements in the nation opposed to government and corporate plans. Given the open-endedness of this intention, the net cast by the surveillance machinery and its operators is broad and not very discriminatory. When left unchecked, it becomes a threat to democracy as great as any potential threat it claims to be protecting the populace from. 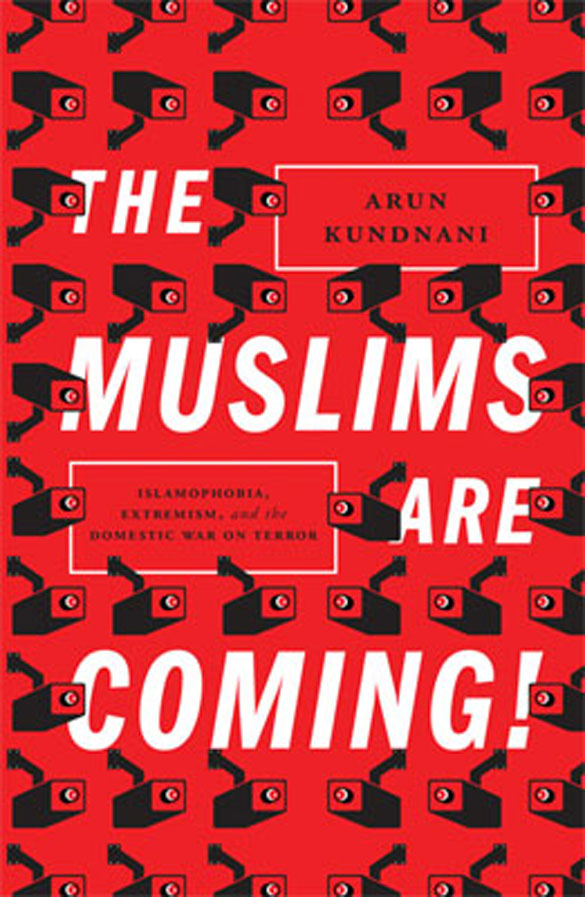 This scenario becomes clear while reading Arun Kundnani’s recently released text, The Muslims are Coming: Islamophobia, Extremism, and the Domestic War on Terror. By examining the expansion of the national surveillance systems in the United States and Great Britain since the events of 9-11, Kundnani exposes the curtailment of civil liberties and religious freedom implicit in the expansion. Other books on the subject have looked at the role played by the military-industrial complex in this expansion, while still others have defended the increased surveillance and the accompanying curtailment of freedoms. Kundnani discusses the less obvious and more ominous nature of the psychology and intellectual understandings that inform how the surveillance targets are chosen and, ultimately, manipulated.

Kundnani makes it clear that very little has changed in these two nations’ intelligence communities when it comes to the underlying mindset that determines all subsequent decisions. That mindset is commonly known as Orientalist. Palestinian author and philosopher Edward Said dissected this mindset in his books Orientalism and Culture and Imperialism, essentially calling it a means for the colonial nations to define the non-Occidental world in a manner that insisted on the former’s superiority and justify its desire to dominate the “Orient.”

Kundnani begins his discussion with a relatively quick look at what he terms the culturalists. These are the more extreme exponents of the Islamophobic worldview. Many of the men and women who advised George W. Bush adhered to this school of thought, which accepts the thesis that there is a historical war between the West and Islam and that the global war on terror is but the latest instalment of that war. This perception is what led to roundups of Muslims in the United States after 9-11 and what informs the neocon crusade against Islamic nations and movements.

While not easy to dismiss, it is not the culturalists that Kundnani focuses on in his book. Instead, it is the larger and currently popular understanding that takes up the bulk of The Muslims are Coming. This strain of thinking incorporates psychology, questions of theology, and relies on religious and ethnic profiling. Kundnani’s reader is introduced to a look into how law enforcement and intelligence agencies determine which Muslims are “dangerous” and what means should be used to turn or, at the least, neutralize them. Kundnani argues (convincingly, I might add) that the basic criterion used to determine “potential” Islamic terrorists is flawed. This is obvious in the very fact that it is these individuals’ religious understanding that is used to determine their future actions, when it is the political and economic situation that is usually more important in determining one’s political radicalism and response. Yet, according to Kundnani, these factors are considered inconsequential to the dominant “potential terrorist” equation, despite their importance (which is obvious to those not blinded by an anti-Islamist ideology.) To state it succinctly, most governments determine the parameters of the ongoing discussion about the causes of terrorism while leaving out the policies which are often the reason people become terrorists. Of course, the left out policies are those undertaken by the governments themselves—war, economic exploitation, etc.

While reading The Muslims are Coming, I happened to screen the Michael Radford film of George Orwell’s 1984. In his book, Kundnani describes a program initially set up in Britain known as the Prevent program. Designed to identify young men that might turn toward terrorism, this program involved the British intelligence agency MI5, Scotland Yard, local police, mosques, and youth social service workers. In essence, Prevent utilized the psychological model referred to above in an attempt to root out adolescent and young adults who were then observed and occasionally entrapped into criminal acts. Even though these young people had usually not committed any act of terror nor even discussed committing such an act, they were isolated because of the perception they might. Naturally, the fates of Winston Smith and Julia in Orwell’s Oceania came to mind. Their thoughts are criminal, they are approached by supposedly friendly allies, and they are arrested, tortured and reprogrammed. Furthermore, the Prevent program and its imitators in the US and elsewhere limit real political discussion and legal action against policies of the government by making all political action suspect. As John F. Kennedy famously said, “Those who make peaceful revolution impossible will make violent revolution inevitable.” This statement is easily expanded to read not only violent revolution, but also terrorism.

This is a book about western hypocrisy and western fear. It is also about the artificiality of race and the hateful idiocy of its spawn, racism. The content is simultaneously provocative and thoughtful. Kundnani indicts a system based on prejudices and falsehoods and presents a future that is bleak at best unless that system changes. The Islamophobia of western governments has already caused at least two wars this century. Kundnani’s book describes the pervasive surveillance machinery it has also spawned. Simultaneously, he exposes its ongoing role in the imperial domination of the Muslim peoples.

Ron Jacobs is the author of the just released novel All the Sinners, Saints. He is also the author of The Way the Wind Blew: a History of the Weather Underground and Short Order Frame Up and The Co-Conspirator’s Tale. Jacobs’ essay on Big Bill Broonzy is featured in Counterpunch’s collection on music, art and sex, Serpents in the Garden  His third novel All the Sinners Saints is a companion to the previous two and is due out in April 2013.  He is a contributor to Hopeless: Barack Obama and the Politics of Illusion, published by AK Press