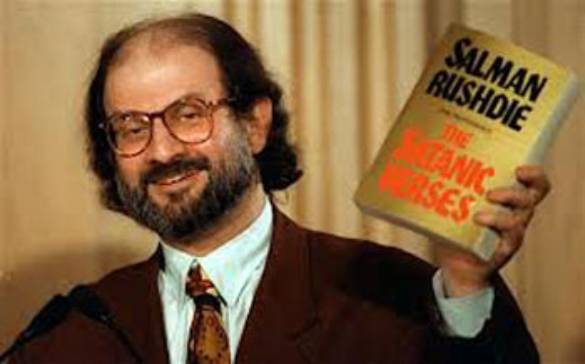 In Joseph Anton: A Memoir, Salman Rushdie has given us an important and necessary book which artfully bears the burden of many histories. Written in the third person as if it were a novel, the book is many other books too: a testament of survival; a political statement about freedom of expression; a gossipnama; and an archive of what may, in retrospect, turn out to be a crucial moment in the tangled history of East and West. It will, perhaps more than any of Rushdie's other works, invite readings that reflect the reader's own obsessions. Recounting his experience of writing Haroun and the Sea of Stories, Rushdie tells us that Haroun, inspired by and bearing the middle name of his son, both was and was not Zafar. Joseph Anton, similarly, is and is not Salman Rushdie. The apartness and confluence between the two gives the book its strange power to haunt us and to disturb our political certitudes. In its mix of blindness and insight, it also occasionally frustrates.

At the heart of the text are the moving stories of a writer's self fighting to keep itself from vanishing, a father aching to watch his son grow in the quiet light of normalcy, a man desperate to hold on to the bonds of family and friends. These struggles take place against the backdrop of the endless nightmare of the fatwa, Rushdie watching disbelievingly as Khomeini's edict for Muslims to kill the blaspheming author of The Satanic Verses grows into a monster that takes over his life. Rushdie's early memories of his parents, his days at Rugby and Cambridge, his struggle as a writer, and his relationship with the first great love of his life form prelude and contrast to what he describes, later in the book, as the time of the post-fatwa. In the claustrophobic hell that is his life in hiding, Rushdie takes on a secret identity forged from the first names of Conrad and Chekov.

Rushdie's imaginative and narrative gifts are on full display in his exploration of these themes. He writes with searing honesty about his temperamental father, both cruel and kind, bowed under the weight of his failures, and about his mother, source of gossip and stories, who adopts the strategy of "forgettery" to start each day afresh in her marriage. Yet there are things about them that remain opaque to Rushdie, such as their decision to leave Bombay for Karachi and their tepid assertion of religious identity late in life. Rushdie's portrayal of the ambivalent nature of these family relationships leaves us wanting to know more. He writes with a great tenderness of his son Zafar. Rushdie's desire to render himself legible to his son is implicitly contrasted with his troubled relationship with his father Anis in which much is left unsaid. He does not shy away from describing the tawdriness and infidelities, the insecurities and thousand little cuts, that bleed his marriages to death. He speaks touchingly of the fondness that grows between him and his protection team over their long association. (One of the members of the team, in the course of the job, obtains a degree in postcolonial literature!)

Rushdie tends to divide the world into his supporters and detractors, with the former described in glowing terms and the latter, for the most part, forfeiting the right to empathy.

As a record of political society in our times, Joseph Anton forces us to confront uncomfortable truths. The British Left and Right dither disgracefully in their reaction to the fatwa, as do the Lawrence of Arabia types in the Foreign Office and the senior officials responsible for Rushdie's security. Academics, publishers, and writers, who one would expect to be strongly committed to the principle of free expression, develop clay feet or blame Rushdie for the mess in which he finds himself. The much vaunted Western commitment to free speech and rights appears shabby and inconsistent, with other nations, like India and Japan, doing no better in their reaction to the Rushdie affair. The book challenges us with difficult philosophical and political questions. It compels us to ask if one can make any generalisation about Islam without being accused of being an Islamophobe, Orientalist, communalist, or racist. It tells us that the most radical and courageous form of political commitment often stems not from the actions of states or grand political theories, but from basic decency and friendship.

All of this, though, does not quite tell the entire story about the book, for there is a curiously Manichean quality to aspects of it. Rushdie tends to divide the world into his supporters and detractors, with the former described in glowing terms and the latter, for the most part, forfeiting the right to empathy. In fairness, Rushdie does not write himself out of the muck. Yet his depiction of his own flaws winds up humanising him while his rumination on the flaws of others makes them appear smaller and meaner.

There are some urgent issues that Rushdie seems to hold back from exploring further, as if he were aware, consciously or otherwise, that doing so might confound some of his convictions. In his criticism of the intolerance that characterises "actually existing Islam," as he puts it, Rushdie shows how far that Islam is from the idealised religion of peace that many of its adherents claim it to be. But the same critique is not extended to "actually existing secularism" or "actually existing universalism" in the West or elsewhere, which are marked by a deep intolerance against minorities and are a far cry from the ideals of the European Enlightenment. The Rushdie of Imaginary Homelands knows this; the Rushdie of Joseph Anton has chosen to forget it.

Rushdie also holds on to a mildly romantic notion of literature as a noble calling that speaks truth to power. How, then, might he make sense of the fact that many writers whose work he admires, like John Berger, utterly refuse to sympathise with him during the controversy over The Satanic Verses? His lament at literature having been reduced to one 'post' or another strikes one as disingenuous. This, after all, is the writer who in The Moor's Last Sigh gives us the conceit of an exotic, fantastic Europe, "reversing the gaze" in the language of postcolonial theory. This is the reader of Sterne, Calvino, and Pynchon who surely knows that literary postmodernism is not an invention of tweed-coated Volvo-driving professors of literature but of writers themselves responding to the demand of an age for a new expressive idiom. Is there a selective, if unintended, self-censorship of the literary and political imagination at work here?

If the experience of reading the text is fractured, Joseph Anton, nevertheless, succeeds unequivocally as a cumulative work, rich, complex and ambitious. Rushdie's brilliant sense of humour is still very much in evidence, seen in his deadpan delivery, sharp turn of phrase, and revelry in anecdote. The use of epistolary interludes in which he dashes off imaginary letters to his detractors, chastises Harold Pinter for ranting at a dinner party, or confesses to a younger self that he is older but no wiser is vintage Rushdie in its celebration of narrative impurity. Often elegiac in tone—for the memoir, in part, is about the death of Joseph Anton—the work proves that the exuberant voice of Salman Rushdie remains undiminished. No doubt the book carries its share of sadness; one can picture Joseph Anton, like Janis Joplin, thinking "freedom's just another word for nothing left to lose." Rushdie, however, is more than Joseph Anton, more than a man once condemned to death, more than a poster boy for defenders and detractors of free speech alike. Joseph Anton: A Memoir resoundingly announces that Rushdie, man and writer, survives, thrives, and continues to surprise.