Exposed by Wikileaks: The US Empire According to Itself 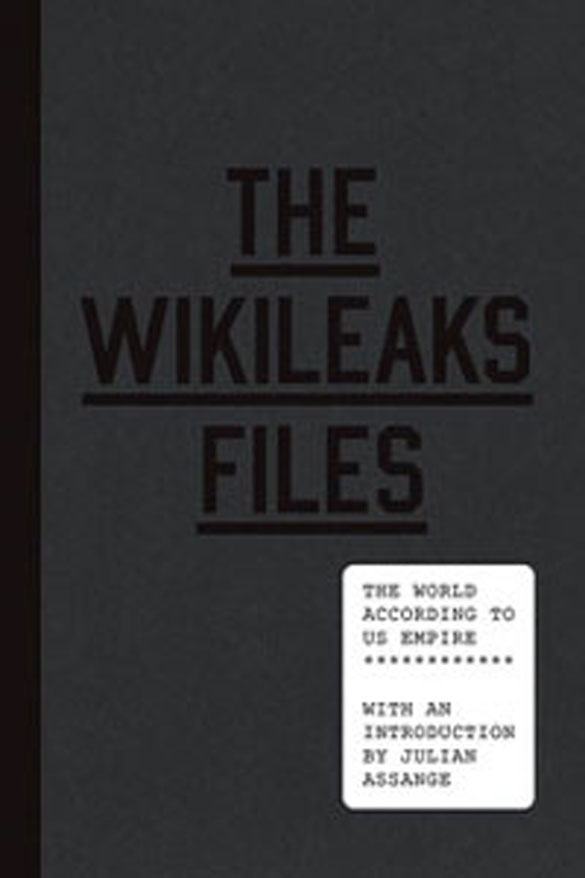 For many people, it is easier, safer and more comfortable to live in a world of delusion, particularly when this delusion requires no effort to seek out and understand truths that might prove unpalatable. If the delusion is one that is reinforced by the persistent promulgation of elite propaganda, then the idea of questioning the delusion might not even arise.

Since the publication of vast troves of official documents by Wikileaks, however, knowledge of deeper geopolitical realities has exited the select world of progressive academia, exemplified by scholars such as Noam Chomsky, with its enthusiastic but relatively limited audience in activist circles, to become more readily and widely available.

In the book 'The Wikileaks Files: The World According to US Empire' versobooks.com/books/1931-the-wikileaks-files which has just been published, we are taken on a journey to understand just how the world works if we read the 'top secret' correspondence of those who regard themselves as our masters. Following a thoughtful contextual introduction by Julian Assange, our journey is guided by eighteen first-rate scholars who carefully explain the significance of a range of Wikileaks-released documents in relation to the region of the world in which they specialize.

Overall, the authors provide an extremely coherent account of the way in which the US Empire functions. In essence, the unexamined and, hence, unquestioned assumption of the US imperial elite is that they are entitled to control the people and resources of the world for their own benefit and profit. One Wikileaks-released cable after another exposes this mindset at work whatever the national or regional context under consideration.

Moreover, any and all weapons are acceptable (irrespective of their lethality and legality) and the only issue is their functionality for achieving imperial goals. And while there has been a recent shift, in some parts of the world, away from the more traditional form of territorial control based on military intervention, non-territorial imperialism can be equally destructive.

This is because the rhetoric of modern empire – which describes the global system as 'consisting of liberal-democratic nation-states, connected by more or less free markets and ruled by international law' – masks the reality that the United States imperial elite considers itself the vanguard of this global order with the right to violate state sovereignty, to control markets (including via corporate-written 'free trade' agreements) and to be above international law. In short, territorial control is 'less important than the control of markets in capital, labour, and resources'.

Hence 'the brutalities exposed by Wikileaks are not aberrations…. (T)he methods of American war-making have depended upon terrorizing civilians…. Terror is a quintessential element of the American empire' even if other violent methods are often used in particular contexts as well.

So what are these other methods? Here is an incomplete summary: lying endlessly (by saying something publicly while doing the opposite, for example, by saying publicly that 'the United States seeks the best possible relations with all governments' while seeking to undermine governments that do not serve US government and corporate interests), 'strengthening democratic institutions' (which means to finance and assist in countless other ways the right-wing organizations in other countries that are sympathetic to US elite interests), 'supporting civil society' (which is jargon for materially supporting NGOs with strong international connections rather than broad-based, locally representative grassroots community groups), funding and supplying violent opposition groups, training leaders of right-wing student and other movements, enhancing ties with military leaders, using the corporate media to undermine the targeted government in international fora (for example, by harping on election promises not yet fulfilled) thwarting initiatives to develop national self-reliance and isolating the targeted government internationally.

It should be noted, of course, that imperial power includes the privilege to assign classification (which is faithfully reported by its propaganda arms including the education system and corporate media). Hence, 'terrorism' is always something done by the enemy, not by the US imperial elite. And, of course, 'we do not torture' is endlessly repeated while victims are water-boarded, hung from the ceiling with their hands bound behind their backs until their chests are crushed and they die, or they are raped with chemical light sticks. But 'is this really torture?' politicians ask.

There are excellent chapters on many countries and several significant geopolitical regions of the world, which provided a wonderful variety of illustrations of how US imperialism has manifested and is evolving. I particularly appreciated getting more insight into US interference in Iran, Russia, South Africa, Turkey, east Asia and Central/South America, with Venezuela providing a predictably fascinating case study. But your particular regions of interest no doubt get considerable attention too.

In addition to this, there are excellent descriptions of the many other ways US imperialism manifests, such as the way in which the US government and its many agencies act as coercive sales agents for US corporations, including those that profit from making weapons and genetically modified organisms. And US manipulation of the United Nations, while hardly news, is vividly illustrated in cables released by Wikileaks as well.

Fortunately, too, there are also some inspiring examples of the ways in which powerful people-oriented governments have resisted the US Empire: expelling the US ambassador, closing down US military bases and keeping particular US agencies, corporations and media out of their countries are just some examples. Some countries have refused to participate in certain US-dominated international fora and/or have set up competing institutions, such as the Bolivarian Alliance for the Peoples of Our America (ALBA) and BRICS.

My only criticism of this lengthy and otherwise excellent book is that not one author identified the sheer insanity of elites who design and then order the implementation of policies that are intended to control, exploit, torture, terrorise and/or kill their fellow human beings and/or to destroy one or more parts of our natural and cultural world, simply in order to consolidate elite control. Moreover, their agents, ranging from the diplomats at US embassies to mercenaries ('military contractors') on the ground, are no less insane.

Time and again as I read this book, I felt nauseated as US officials callously or, sometimes, almost indifferently decided on courses of action that resulted in deaths, often on a substantial or even massive scale. And some pretty ordinary people carried out elite bidding. Is what they do normal? Is it sane? Would most people do it? Of course not. The US elite, and elites generally, are seriously psychologically disordered. But so are those who lack the moral capacity and courage to refuse to obey their orders. Or, to put it another way: accepting money to exploit or kill others is the act of a coward.

To reiterate: in my view it is important to identify, and name, elite insanity. This is what we need to understand and explain so that we can develop a more comprehensive strategy to address it. And I have no doubt that this is a key issue of our time. Because if we do not strategize to defeat elite insanity, our collective efforts to stop the violence and wars of the US empire, as well as the many depredations of its corporations, will fail. And so will our efforts to avert our own extinction.

The simple truth is that no mentally healthy human being devotes their time to planning and carrying out policies to control, exploits, torture, terrorise and kill their fellow human beings. In fact, outside imperial contexts, individuals who do such things usually find themselves in jail or a psychiatric institution for a very long time.

So if you want my explanation of elite insanity and how we can resist it, you can read an account in 'The Global Elite is Insane'. http://www.scoop.co.nz/stories/PO1402/S00056/the-global-elite-is-insane.htm And there is much more detail in 'Why Violence?' tinyurl.com/whyviolence and 'Fearless Psychology and Fearful Psychology: Principles and Practice'. http://anitamckone.wordpress.com/articles-2/fearless-and-fearful-psychology/

If you are inclined to resist the US empire, you are welcome to publicly commit yourself by signing the online pledge of 'The People's Charter to Create a Nonviolent World'. http://thepeoplesnonviolencecharter.wordpress.com

One final point: It takes intelligence and courage to critique and resist the US imperial world order and this cannot happen if we listen to those cowardly and servile individuals who work in the corporate media on behalf of empire. Choosing where you get your news is important.

And don't forget you can always check out the latest revelations from Wikileaks on their website. wikileaks.org Despite the persecution of Julian Assange and his colleagues, as well as those fine people of conscience who release the information that violent elites are so anxious to conceal from us, we can be grateful that Wikileaks has the courage to tell us the truth. The US Empire never will.

Robert J. Burrowes has a lifetime commitment to understanding and ending human violence. He has done extensive research since 1966 in an effort to understand why human beings are violent and has been a nonviolent activist since 1981. He is the author of 'Why Violence?' tinyurl.com/whyviolence His email address is flametree@riseup.net and his website is at hrobertjburrowes.wordpress.com