Islam Will Not Teach My Son That Wife Beating's OK

It had been a long day, and I was looking forward to the aromatic poached salmon and red pepper soup garnished with chunky croutons that our hostess had just served. My appetite, however, was about to be arrested by a friendly warning delivered by a well-meaning mom. Her son, a year ahead of mine at school, had a quiz on the Islam unit in his history book. "I thought of you the other day; next year Taymor will be learning about Islam in history class. The book teaches that Islam sanctions wife beatings." 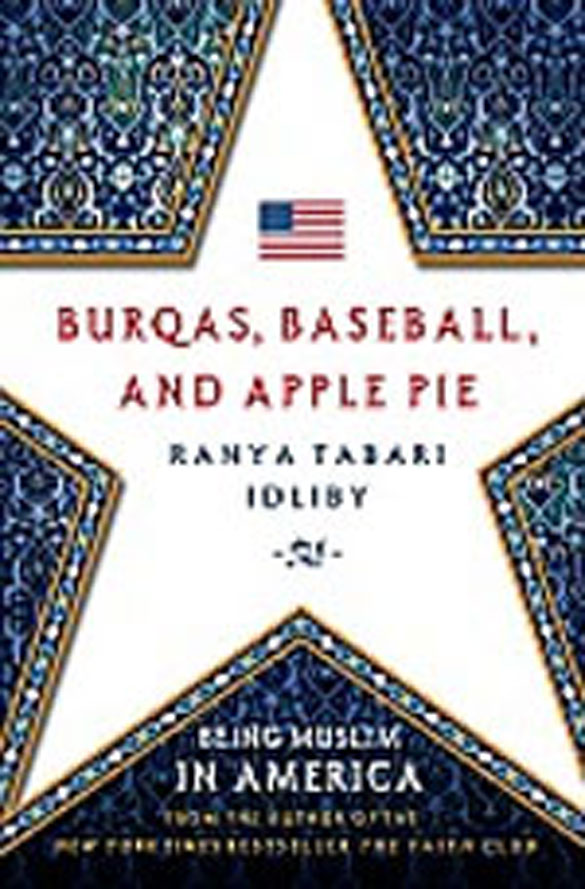 One of the Quran's most controversial verses, Ranya Tabari Idliby was horrified to discover, was being taught to her American Muslim son. In this excerpt from "Burqas, Baseball and Apple Pie," she interprets the verse as allegory, not instruction.

I thanked her for her concern and casually scooped a spoonful of red pepper soup, hoping that I would not choke or betray my mounting panic as I pictured my son Taymor in class next year with all eyes turning to him as the teacher explained how Muslims were allowed to beat their wives. I made a mental note: "Check out fifth-grade history book." Surely there is an easy answer to this allegation.

Burqas, Baseball, and Apple Pie: Being Muslim in America There could not possibly be any moral ambiguity on the issue of wife beating. Not in this day and age, I reassured myself. After all, Islam had not invented misogyny. Other faith traditions have had to address scriptures and religious laws that have been less than generous to women, I reasoned. Surely, a little time surfing the Internet for perspective and information would help me put the issue to rest before a reasonable bedtime. Late into the night, I continued staring at my computer screen, gripped by my worst fears, enraged by the vile reasoning and the injustice and cruelty that were masquerading as Islam.

Not a Lone Preacher

I watched an animated cleric revel in the delivery of his sermon, fervently parsing one of the Quran's most controversial verses: "We must know that wife beating is a punishment in Islamic law. No one should deny this because it was permitted by the creator of man," he defiantly warned. Now that he was warmed up, he continued:

"We shouldn't be ashamed before the nations of the world to admit that these beatings are part of our law. . . . The Quran says: 'And beat them'--this is a wondrous verse. There are three types of women with whom life is impossible without beatings; unless he carries a rod on his shoulder. The first type is a woman who was brought up that way . . . so she became accustomed to beatings . . . we pray Allah will help her husband later. The second type is a woman who is condescending towards her husband and ignores him. With her, too, only a rod will help. The third type is a twisted woman who will not obey her husband, unless he oppresses her, beats her, uses force against her."

As hard as I prayed, I knew I had not stumbled on a lone preacher being aired on some radical network. He was not the only Muslim on the Internet preaching this position. I quickly learned that the troublesome verse has Muslims divided into three different categories of approach in interpretation. This first approach, embraced by the literalists and Wahhabis, is the one that had kept me up horrified late into the night.

The second approach, embraced by apologists, tries to whitewash the verse by offering conditions and qualifiers regulating and limiting the circumstances under which a Muslim husband can beat his wife. Muslims who use this approach prefer to use euphemisms such as "tap" or "beat lightly." They emphasize that the measure is an extreme, to be used only as an absolute last resort when all other efforts and necessary other steps have failed to hold sway. A husband, we are told, must first try to admonish his wife, then he may try leaving the conjugal bed, and only when these preliminary steps have failed can he resort to "tapping" her lightly. Again as a way of whitewashing the verse, conditions are placed on how and to what degree. A wife should not be hurt, the husband cannot break bones or cause his wife to bleed or to bruise, and he must avoid her face and other sensitive parts of her body. The "tap" should be equivalent to being hit by a toothpick or toothbrush.

I find this approach tragic and comically absurd in its desperate efforts to resolve a Quranic verse that is clearly offensive--even to those defending it. Its proponents understand that the verse is unacceptable to the social and cultural values of the 21st century, but they are not ready to make that leap which requires the rejection of a verse that is in the Quran.

Progressive and reform-minded Muslims embrace the third approach. These are Muslims who understand that, first and foremost, the Quran needs to be read as a whole in the context of the time and culture of its revelation. When there are seemingly contradictory or ambiguous verses, they read them in deference to the most important value expounded in the Quran: justice. They take heart in the fact that the Quran has an overwhelming number of verses calling on its faithful to use their heads and minds, reminding us that the Quran itself asserts that "there are some verses that are absolute and unequivocal, and others that are allegorical and equivocal." The wife-beating verse clearly belongs to the latter.

Wife battering knows no religion. In America, 22 percent of marriages cite domestic violence as the cause of divorce. The surgeon general's office has shown domestic violence to be the leading cause of injury to women between the ages of 15 and 44; more common than automobile accidents, muggings and cancer deaths combined. Every year, domestic violence results in almost 100,000 days of hospitalizations. No just God would sanction the use of violence as a basis for marriage. Muslims know that their God does not either.

Ranya Tabari Idliby is also the co-author of the New York Times bestseller "The Faith Club: A Muslim, A Christian, A Jew: Three Women Search for Understanding," an intimate dialogue on faith and identity in America. She has spoken in churches, temples and mosques, as well as at interfaith organizations, the United Nations and the State Department.