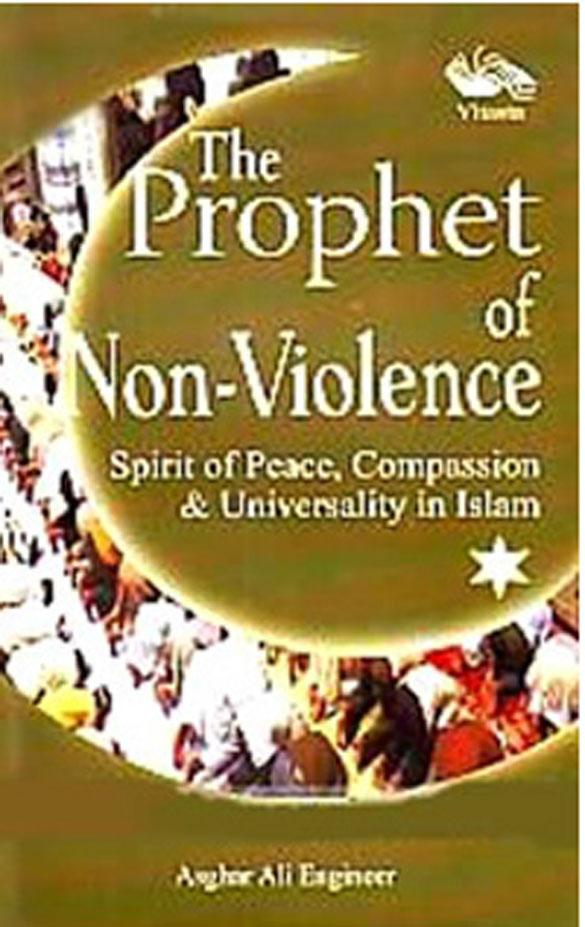 Last three decades have been the worst as for as negative projection of Islam is concerned. Globally the US Empire, after the decline of Socialist block, was on the lookout for unhindered control on oil resources. In order to dominate West Asia for the sake of oil wealth, it designed mechanisms to demonize Islam as a cover for political control in the region. These attempts of Empire peaked after the 9/11, 2001 when US media coined the word Islamic terrorism. The political-economic phenomenon leading to terrorism was presented as a religious one. During the same time in India the Hindutva political forces asserted their political assertion by targeting Islam. In nutshell a religion which had come to establish peace in the region came to be presented as religion of violence. Popular perceptions about Islam as religion and its various aspects were so modulated to present them as if the followers of this faith are moving around with bombs and swords.

It is in this background that Asghar Ali Engineer’s popular work, seeped in profound scholarship comes as a breath of fresh air, presenting the truth of the religion as propagated by Prophet Mohammad in the war torn tribal society of Saudi Arabia. Engineer, a multifaceted scholar activist, has been one of the major contributors to the enrichment of humane values in general and has been elaborating the values of Peace and Justice in Islam in particular.

The book under review is a compilation of 19 of his essays, contributed periodically and they address the vast range of subjects from the basic teachings of the prophet, concept of war and peace, values of justice, status of women and finally a commentary on social issues. Engineer does well to refer to the basic book of Islam, Koran as te base of his understanding and brilliantly yet simply explains the truth behind the misconceptions popularized by the motivated critics. His contention is that many a precepts and misconceptions have been there due to the history of Muslims, Muslim Kings and clergy who for their vested interests have misrepresented the teachings of Koran, to suit their political and social interests. In order to retrieve the reality of the Prophet of Non Violence from the myriad myths surrounding him, the author, does not resort to Maulanas and Muftis (who give religious opinion) but to the Koran itself in all its complexity. He places most of the teachings in their proper context to elaborate the truth of teachings of the contributions of Prophet to the development of values of humanism in the World.

Non violence in Islam is a matter of deeper conviction and not of mere convenience. In the strife torn Arab society he preached for Brotherhood and Sisterhood, a novel concept in the society divided along hostile tribal lines. While building the Islamic community he was conscience enough that there should be full freedom of faith for those not following Islam. And so the adage; to you your religion, to me mine i.e. there cannot be any compulsion in matters of religion. Violence was a strict no for him except as a last resort in self defense. All battles fought by Prophet were defensive battles. Some sayings of Koran have been torn out of context to present it as the religion preaching violence. The presentation of violent image of Islam took place also during the period of crusades, which had nothing to do with religion but were for expanding the empires of Christian Kings. Similarly currently Huntington thesis of clash of civilizations has more to do with the oil lust of United States rather than with any religion as such.

Similarly, Jihad, the much abused word, was the word abused by Muslim Kings for conquering lands. These military expeditions were titled it Jihad while such wars had nothing to do with spreading the values of Islam in any way. The same word is currently being associated with terrorism. As such Jihad means ‘striving to the utmost’. It does stand for striving for betterment. In Koran, this word appears 41 times and not once it stands for war or violence of any type.

Engineer makes a valuable point that Islam talks of building a society and not a state. At every moment in guiding the peaceful society it talks of consultation and opinion of all. It is fully for the democratic methods of arriving at decisions by the society. The propaganda that Islam does not permit democracy hold any water as the democratic process is inbuilt in the process of community building. It is purely a political phenomenon that Muslim majority states had been in the grip of colonial and imperialist stranglehold and these colonial-imperialist masters don’t want any democracy in the states which they are exploiting. The overthrow of democratic regime of Mossadeq in Iran in 1953 exemplifies it the best. Despite that there are Muslim countries which have carved their path to democracies despite mammoth obstacles. Currently a big section of Arab World is struggling to overthrow the dictatorship or puppet regimes to bring in democratic regimes.

Even the perception of Islam being against Human rights is baseless as Equality is central to Islamic teachings. That is one of the reasons for spread of Islam World over and India in particular. In India the birth based inequality of caste system had been the major factor for low caste shudras embracing Islam to escape the caste tyranny. The regimes being run by despots in the name of Islam have violated Human rights but that again has more to do with the political character of those regimes and is not related to religion.

The other essays in the book elaborate the concept of rights of women. The plight of Muslim women, the absence of gender justice, in the societies gripped by the hold of Maulanas, is starkly staring in the face of Muslim women. This point, suppression of women is due to Islam or is due to contingent reasons, has been a big bone of contention amongst the activists working for rights of Muslim women. A clear narration-interpretation of place of women in Islam, as presented by Engineer, will definitely help the cause of the gender justice.

All in all, this entire book is a timely intervention in the global debate on the nature of Islam. The resort to Koran as The Islam, while apt is not so easy to convince others in the present vitiated atmosphere. Engineer totally identifies Islam only with Koran, this though on the dot, leaves out other faces of Islam which prevail in the common sentiments, the Muftis, Maulanas, the rituals in Islam etc, also need to be analyzed in their proper perspective. It is a mammoth task to ensure that Islam is seen through the pages of Koran and not through the propaganda against Islam, indulged in by the vested interests all around.