What is Islam: Pretext, Text, Context

What is Islam: The Importance of Being Islamic 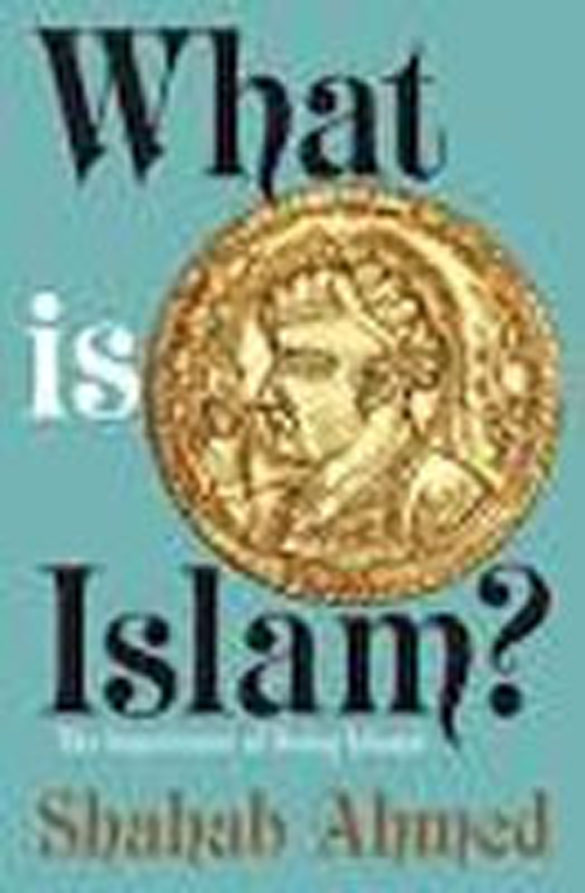 What is Islam? Is quite simply a breathtakingly brilliant book that covers Islam from Ibn Sina to Nusrat Fateh Ali Khan. Its conceptual sophistication, historical learning, command over a range of cultural and philosophical materials, and deep imaginative sympathy will redefine your understanding of Islam. Answers to a question as difficult as ‘what is Islam?’ oscillate between a reductive essentialism that reduces Islam to a core that does injustice to millions of its believers, or, there is a tendency to a lazy pluralism that simply says Islam is diverse without explaining what makes these beliefs Islamic. Ahmed’s brilliance is to show a novel way of answering the question of Islamic identity by artfully deploying its contradictions rather than wishing them away.

Ahmed ambitiously reconceptualises the intellectual foundations of Islam away from law and scripture to reason and experience. The opening chapter, ‘Six Questions about Islam’, is a profound Sufi meditation. No summary can do justice to the intellectual excitement of this chapter. What is the relationship between reason and revelation? Ahmed argues, following figures like Ibn Sina and Mulla Sadra, that philosophy, rather than revealed law, has historically been the higher mode of accessing divine truth.

Second, he shows the ways in which Islam was constructed around the experiential knowledge of divine truth rather than an adherence to law. Third, he argues that the doctrine of the unity of existence has striking implications for a way of being in the world and attitudes to forms of worship. In the hands of Ibn Arabi, it leads to a radical claim. Arabi famously argued that the Quranic verse “Your lord has determined that you will not worship other than He,” does not mean, that God has commanded that nothing be worshipped other than Him. It means, rather, that “God has established as an accomplished fact that any act of worship is necessarily directed to Him, and thus, in every act of worship, including idolatry, there is an aspect of God.” The fourth question is the place of love, particularly ambivalence and ambiguity, what Dariush Shayegan called the “humanitas” of Islam; the fifth question is the puzzle that despite the prohibition on representation, how does figural representation come to acquire a prominent place in Islam? The sixth question has to do with wine: how does something seemingly prohibited in legal discourse come to be positively valued amongst Islamic elites?

Ahmed follows up the radical originality of the opening pages with a historical thesis — that the “Sufi” interpretation has not been marginal but central to Islam; it defined a cultural mode of being from Bengal to the Balkans. He has an institutional thesis: contrary to appearances, Islam has no conception of authority, and therefore, nothing resembling the institution of a church. Fatwas have had no epistemological authority. He brilliantly argues — and this is true for religions more generally — that the real political issue in not the distinction between the sacred and the secular, it is the distinction between the public and the private.

Modern scholarship on Islam, from Marshall Hodsgon to Tariq Ramadan, is subject to a bracing conceptual critique on their use of the category of religion. Finally, there is the most audacious part — a discussion of the relationship between reality, the text of the tradition and the community, what Ahmed calls the pretext, the text and the context. He argues that the world has to be read into the text to interpret it and even non-Muslims can make Islamic meaning. This is the kind of hermeneutical move that allowed Dara Shikoh to argue that the Upanishads could be used to interpret the Quran.

The question Ahmed leaves unanswered is what occasioned the shift from experiencing religion as limitless reality to a religion confined by the pinched up obstructions of law. Do we put ourselves under god’s yoke when we cease to feel his presence? Is there something about modernity, where the transcendental is reduced to the social that makes such shrinking inevitable? Ahmed passed away at a young age before the book was published. But he has left behind one of the most dazzling books in recent memory, full of overpowering illumination of the kind rare in contemporary scholarship.