PAKISTAN Before and After OSAMA 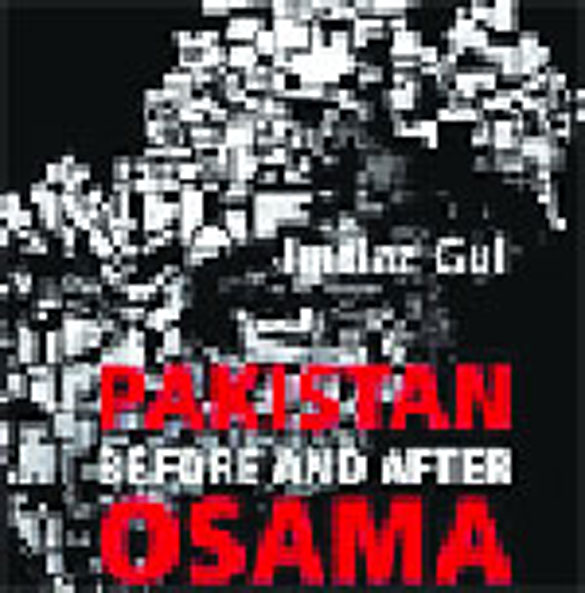 The author, a radio journalist who currently heads a think tank in Islamabad, brings his experience as a media person to write a very readable account of the cul-de-sac in which Pakistan finds itself trapped, and uses the life and times of Osama bin Laden to illustrate his narrative. The author straightaway enumerates the embarrassing questions that arose after his execution: How did Osama live undetected in the Abbottabad cantonment with his large family for years? Who provided him immunity from within the security establishment? What were the calculations of the Pakistan Army and the ISI in undertaking this risky enterprise?

While narrating this story, the author highlights the irony that the CIA got Muslim volunteers from across the world trained by the ISI to evict the Soviet Union from Afghanistan. But, the US is now “pitched against the first and second generation of jihadis that the Pakistani and American security establishments themselves had fostered”. Under their expert guidance, these Muslim volunteers learnt useful skills like “sniper shooting, sabotage, (and) car bombing”, and then became available to Osama bin Laden and Al Qaeda for utilisation elsewhere, including Pakistan. Apparently, there were reservations in the CIA against sowing these dragon seeds, but these were overruled to serve the immediate American interests. And, guess what? These sub rosa activities were sanctioned by the self-righteous Jimmy Carter. Post-bin Laden Fidayeen (suicide bombers) associated with Al Qaeda and other Jihadi outfits have attacked Pakistan’s General Headquarters (Rawalpindi), its Mehran naval base (Karachi), and several military, paramilitary and police establishments in the country.

Two initial chapters are devoted to describing the SEAL operation that resulted in the targeted killing of Osama and the consequential repercussions in Pakistan. Great confusion prevailed thereafter in the minds of Pakistani citizens. They resented the cavalier manner in which the Americans had flouted Pakistan’s territorial sovereignty, but could not understand how there was no military response and, further, why the civil and military establishment had repeatedly denied any knowledge about Osama’s whereabouts.

A later chapter looks at how Osama shaped the Af-Pak connection by converting the Islamic jihad into a transnational terrorist movement; its links thereafter with anti-social activities was almost inevitable with the efflux of time. There are useful descriptions of several jihadi outfits that are excoriating the Af-Pak region and the wider international system like the Hezbollah, Tablighi Jamaat, Lashkar-e-Tayyeba, Tehreek-e-Taliban Pakistan and others, apart from Muslim Brotherhood and Al Qaeda. This chapter has an informative section on suicide terrorism that, among other facts, makes the surprising revelation that the young ‘Shaheeds’ (martyrs) and their families are not motivated by monetary considerations, as is commonly believed in India, but by religious fervour and the promise of ‘Paradise’ in the afterlife.

Coming to the rocky, mistrustful relationship between Pakistan and the US, the author sketches a fair picture of both the sides to this unedifying story. Apart from the establishment, the average Pakistani feels that they have been used by the Americans whenever necessary, and discarded when not required. The US did nothing to prevent the dismemberment of Pakistan and the excision of its eastern wing (Bangladesh) in 1971. But it used Pakistan as the frontline state to secure the eviction of the Soviet Union from Afghanistan in 1989, and then imposed extensive sanctions against Pakistan in 1990 on the grounds that it was clandestinely pursuing its nuclear option. The American narrative is no less compelling, and bespeaks Pakistan’s open support to militancy in Kashmir, involvement in the 2008 Mumbai attacks and, of course, feigning ignorance while providing refuge to Osama for years in Abbottabad.

The author’s conclusions will find deep resonance in India. He believes that Pakistan is pursuing a “skewed foreign policy-centred on Kashmir and Afghanistan — which has... brought the country in (to) direct conflict with Afghanistan, India and the United States”. These countries have indicted the security establishment in Pakistan as being the source of instability in the region. But the “Pakistani establishment... looks increasingly paranoid... and is predicating its policies and actions on the presumption that these three countries are out to overrun Pakistan”. The author recognises two further elements — expeditionary terrorism and guerrilla terrorism — as having entered this witch’s brew of clashing interests in the Af-Pak region. These findings are reinforced in the final chapter, where the author notes: “Rather than emulating a 10-time(s) bigger India, Pakistan needs to drastically improve governance... National strength rests in internal political and economic stability and not in borrowed nuclear technology or money.” Pakistan cannot, obviously, pursue an independent foreign policy while remaining dependent on foreign assistance for its existence. All very true, but course-correction requires Pakistan’s political establishment to free itself from dependence on the military for its existence. How likely is that to happen?

An easy read, this book will interest both the specialist and the general reader concerned about international terrorism. On the flip side, this excellent narrative is marred by numerous instances of quaint language. The publisher seems to have economised on copyediting.