The essays in this book cover a wide range of topics and provide a comprehensive summary of the rich diversity and cultural syncretism which are the hallmarks of the Islamic traditions in India. 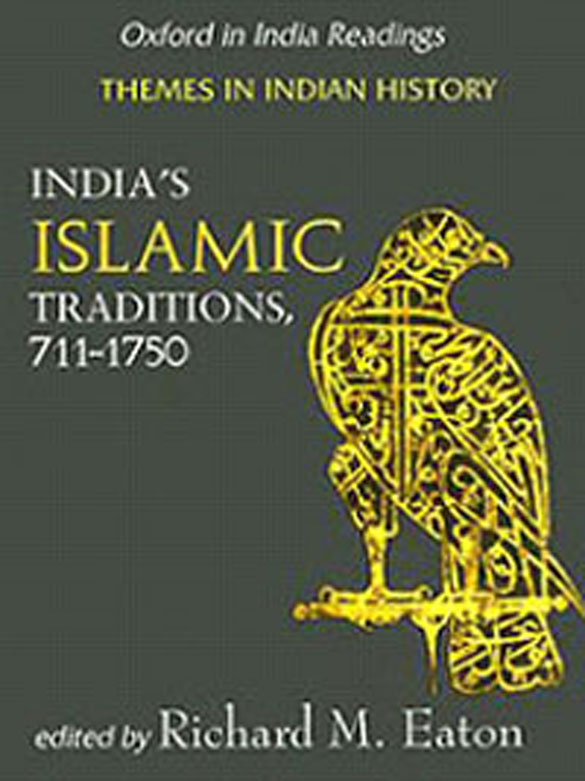 Hindus and Muslims have lived together for centuries and among many questions that have remained unanswered or partly answered is one which asks: How did South Asia become home to more Muslims than those living in the entire Middle East?

Also raised are questions like: How were religions and state power related to pre-colonial times and how did Muslims in political authority interact with non-Muslims? And over the course of more than twelve centuries had Muslims and Islamic Traditions become indigenised as natural elements of India’s cultural landscape? These and many other questions have been raised in this wide study and efforts have been made to answer them howsoever unconvincingly.

All kinds of answers, often contradictory to each other are given and analysed. Was there forced conversions? If so, who got converted?  Was Brahmanism and the caste factor good reasons for Hindus of lower castes opting for Islam to escape from upper caste tyranny? These and allied subjects are answered by as many as seventeen scholars, each contributing one chapter that makes this volume all-inclusive.

The invading Muslim leaders like Babar had contempt for Hindus. Babar wrote to say that Hindustan is a country that “has few pleasures to recommend it”. According to him the people in the country “have no genius, no comprehension of mind, no politeness of manners, no kindness or fellow-feeling… no skill or knowledge!” And there hasn’t been a more damning indictment of Hindus.

Was that another reason for many Hindus getting converted? According to the historians of the Delhi Sultanate Hinduism was “an absolutely worthless and contemptible religion” and a demand was made that the Sultan must not be content with taking “Jizya” from the Hindu who are “worshippers of idols and of cow dung” but must “strive with all his courage to overthrow infidelity and to slaughter its leaders who in India are the Brahmans”.

Then there is the attitude of the celebrated Naqshbandi Sufi Shaikh Ahmad Sirhindi (1564-1624) who had adopted an attitude diametrically opposed to Dara Shikoh. According to Sirhindi, absolutely no religious value could be ascribed to the Hindu tradition which to him was “the embodiment of infidelity”.

As he put it: “Islam and infidelity are two irreconcilable opposites which could only thrive at the expense of each other” and the honour of Islam required the humiliation of infidels. The Hindus must therefore be oppressed, treated…and mercilessly subjected to “Jizya”. The supremacy of Islam must fearlessly be demonstrated and “a very effective way to do it is by cow sacrifice which is one of the most glorious commandments of Islam in India”.

Did fear lead to accepting Islam by a segment of Hindus? According to Yohann Friedmann, a contributor, “the development of Sirhindi’s modern image is a clear reflection of the fact that the uncompromising attitude towards Hindus gained the upper hand, both politically and culturally”.

Many Hindus (incidentally, it is granted that the term Hindu was a Muslim invention) who got employment and learnt certain arts from Muslim migrants from Central Asia took to Islam. Then again it is said that land-holding families of upper India declared themselves Muslims in order to escape imprisonment for non-payment of revenue or to keep ancestral lands in the family. Some landlords took to Islam out of gratitude for favours granted to them by Muslim rulers.

Over and over again contributors draw reference to the ‘suffering’ endured by low caste people suggesting that Islam was a way to escape the yoke of “Brahminic oppression”. Others took to   Islam to gain “social equality”.

One of the contributors T.W. Arnold explains the growth of Islam in India mainly in terms of “preaching by Muslim missionaries” like Sufi saints who made deep inroads among rural people in Kashmir. Another contributor, Cynthia Talbot makes the point that strong reaction to Islam is because of as many as 60,000 Hindu temples are said to have been torn down by Muslim rulers and mosques built on temple foundations of some 3,000 of them. But here again the argument is made that the temple-destruction was not religion-based but politically motivated. Hindu temples represented power of the Hindu rulers.

Five chapters deal with how Islam conquered the hearts and minds of people in Kashmir, East Bengal, West Punjab, Kerala and Andhra Pradesh, largely away from Islamic clusters, as in Lucknow where, between 1775 and 1800, population surged from 200,000 to 3,00,000 with over 1,000 mosques  available to serve Muslims.

In the case of Kashmir, especially, credit for change of religion is attributed to the work of devout Sufis but more especially to the bold protest of Lal Ded, a Saiva mystic of the 14th century against the supremacy of the Brahman priests and the social inequalities of her age.

The point is made by one Mohammad Isaq Khan that “Islam did not make its way into Kashmir by ‘forcible conquest’ but by ‘gradual conversion for which the influx of foreign adventurers both from the South and from Central Asia had prepared the ground”.

Though much has been said of the approaches of Akbar the Great, Dara Shikoh, Aurangzeb and several others towards Hindus, there is hardly any word about Tipu Sultan’s aversion to Hindus and the destruction of temples he indulged in.

The disturbing part of this collection of essays is that the stress is laid out on the diverse standards of behaviour in which Islamic rulers functioned and no one theory gets credit for totality and incontrovertibility. Even in South India it would seem that Islam and Hinduism in 18th century rather than being in conflict survived in close accommodation with each other.

The religious environment was syncretic in nature. But the fact remains that Muslims remain a force to reckon with today whatever the plusses and minuses of their cultural heritage. What this book provides is a background to the past in all its convolutions. Muslims in India today seem rudderless, but under the new political dispensation they may yet get into the mainstream and become a force to reckon with.