Muslims are not a monolith is an established fact now. Although the manufactured media image of Muslims is one full of stereotypes. They are addressed as a transnational community (Ummah), whose loyalties are invested everywhere except in their mother lands. So using the coloured lenses of media, who manufacture an image of Muslims along with the biased and bigoted academics, activists, members of civil society and muslim experts articulate and create such a homogenous caricature of Muslims that differences among them are diluted. 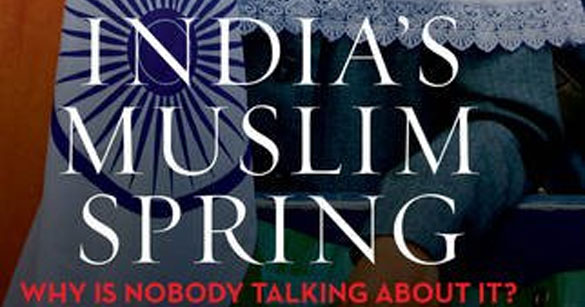 India’s Muslim Spring: Why is Nobody Talking About It? 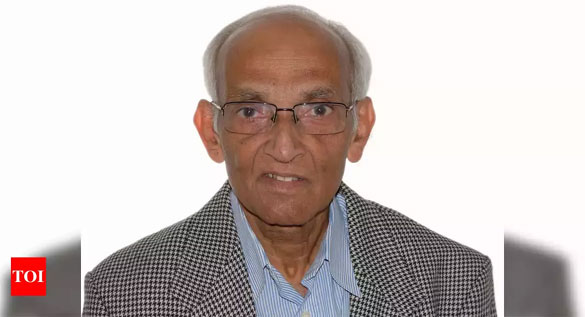 Also, the wrong act of any particular fringe muslim is described as a collective act of the community. Further if there is a violent act, originating whether from political, economic, ethnic or regional cause is ascribed to Islam the faith of one billion Muslims. This discourse is not something exceptional for Indian Muslims, but it is a norm for most Muslims particularly those who exist as minorities.

Very few Muslims have questioned this manufacture of muslim monolith. Muslims in South Asia are quite diverse, variegated and many versions of lived Islam are existent in the region. Muslims are negotiating every day the idealism of their faith with the pragmatism of their lives. Muslim society particularly the Indian Muslims are not full of pessimism and negativity, but certainly there are success stories that need to be documented, mentioned and recounted. But rarely do they find space in the mainstream media, that is overwhelmed from peddling the manufactured stereotypes about Muslims. There certainly is an awakening and renaissance initiating among the Indian Muslims, whose ramifications will be witnessed in the coming few decades. Hasan Suroor, as a journalist and analyst is attempting to document this optimistic churning taking place in the muslim society. Suroor writing about the scope of the book observes, “This book is an attempt to provide a corrective to the often deliberately peddled negative perceptions of Muslims, and to highlight the profound change in Muslim thinking. There are a number of excellent academic studies on Indian Muslims but no first hand, good old-fashioned reporter’s account of the new awakening in the community. This volume seeks to offer a view from the ground, or ‘ground zero’, in the fashionable post 9/11 lingo. We get to hear from a cross section of young Muslims themselves what it means to be a muslim in India today, and how they see their future.” (P-xiv)

Despite this optimism, Suroor cautions the reader in these words, “But here’s a warning: it could still go all belly-up if the new mood in the muslim community is not matched by a change in the Indian state’s institutional mindset, which, as most recently documented by the Sachar Committee, remains mired in anti-Muslim prejudice resulting in an almost apartheid-style denial of equal opportunities to Muslims-and compounded by a policy of harassment by security services in the name of fighting terror.” (P-xiv-xv) The institutional denial of justice, apathy of state institutions towards empowerment of Muslims and exploiting them for the vote bank politics certainly has rendered Muslims marginalized and vulnerable. The alienation paving way for resentment among Muslims is growing with each passing day. State run by different political parties have to give up this stance of antagonism against India Muslims. This resentment has the vulnerability of being exploited by nefarious designs and vested interest.

Suroor is optimistic that image about Muslims like burqa-beard, skullcap as the only identity markers of the community are being replaced. The success of Muslims in different fields who do not wear these identity markers is paving way for something substantial and others are witnessing Muslims in different paradigms. So, it is a sign that Muslim fundamentalism in India is witnessing a slow death, a statement that I do not agree with. Although it is a reality that Islamic revivalist parties like Jamaat e Islami in India does believe in a concept like secularism, but it certainly is not synonymous with the death of fundamentalism. Fundamentalism is still an undercurrent though due to practical realities it finds no fertile ground to grow.

The myth of no liberal being a practicing muslim is rebutted quite well. Most Muslims are liberal when it comes to practicing Islam and fundamentals of their faith. Only a fringe element among Muslims is violent, but media focuses the most about it so a perception is built that all Muslims are violent and aggressive. Whereas the matter of the fact is that most Muslims are quite liberal in their dealings with others and while observing the fundamentals of their faith. Although these millions of Indian Muslims never make it to the news, but daily they are documenting the stories of love, tolerance, pluralism and productivity.

While these daily stories of faith and love are there and Muslims are not reacting violently or aggressively on trivial issues or challenges, they face in India. Suroor quotes the example of Shah Bano and Imrana case controversy and how the muslim community reacted in a very different manner in both these cases. But he is aware of the fact how the Hindu right has rendered it impossible for the Indian Muslims to forget their minority status and the Babri masjid-Ram mandir controversy has helped reinforce and strengthen the muslim identity in India. To add insult to injury police atrocities and witch hunt of Muslims after terror attacks is not sending a good message among Muslims. Suroor writes, “Latent Islamophobia bubbled just under the surface. All that has happened now is that it has come out in the open. The state has become more brutal in the name of pursuing a policy of ‘zero tolerance’ towards any perceived threat to national security; its biases have become more overt and tactics more crude. Now it is more jackboot than hush-puppies.” (P-104)

Overall, the book is a very nice attempt to understand the dawn of new awakening among Muslims and the different challenges that the muslim community in India is baffling with.

M.H.A.Sikander is Writer-Activist based in Srinagar, Kashmir and can be reached at sikandarmushtaq@gmail.com