The Future of Indian Muslim Women: Fatwa Versus Feminism, 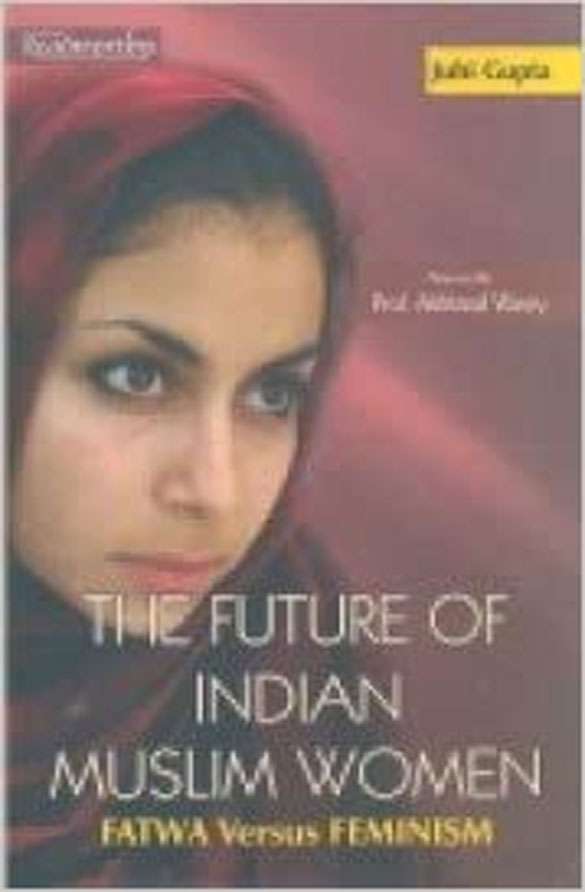 Women since time immemorial have been victims of gross abuse and atrocities. These atrocities against women have been justified under different pretexts. They include social norms, religion, and misogyny. Women have been bearing them, accepting it as their fate, religious orders, or social responsibilities. Indian Muslim women have been bearing their own burden of patriarchy and misogyny like women of the world. But women in particular the Muslim women confronted peculiar problems that were rooted in religion, culture, and social milieu. Indian Muslim women are not a monolith so they face a plethora of issues given their environment, region, and society. But they do confront some general problems that are rooted in a selective interpretation of religion and following the same school of jurisprudence. This misogynist interpretation of Islam has resulted in disempowering women, and there are voices that now call for the reinterpretation and even doing away with the misogynistic message of constructed religion.

Islam has empowered women like any other despised section that existed at the time of its revelation. But over the centuries whatever the rights Islam had granted to women that empowered them and rendered them equal citizens were snatched away by men who were rooted in a patriarchal culture. These men could not do away with their patriarchal leanings when it came to the interpretation of Islam, so they evolved an interpretation of Islam, its shariah, and jurisprudence in a patriarchal manner. Against this patriarchy, undermining and opposing it arose the movement of equality demanding equal rights, wages, status, and opportunities for women known as feminism. Feminism as a movement was based on secular tradition and values antagonistic to organized religion and God. It evoked a huge response, and even some Muslim women scholars, jurists, and theologians adopted it, but with massive changes. God and religion were central to Islamic feminism. Islamic feminism as a movement again is not a monolith; it has diverse leanings and outlooks.

The present book written by a young academic and women studies scholar, Juhi Gupta engages with the question of Indian Muslim women for whom religion is an important aspect of their identity, culture, and whole life. Juhi discusses the future of Indian Muslim women in the context of changing trends in society, religious interpretation, and empowerment. Indian Muslim women are among the most marginalized sections of the Indian society, and very few studies are available about understanding them, their issues, how they view religion, misogynistic interpretation of religion, and new trends aiming at empowering them. Fatwa becomes essential because religion is the most potent driving force that gives meaning to their lives. Feminism as the new trend both empowers and threatens their religious understanding and roles.

In his Foreword, Prof Akhtarul Wasey, a prominent scholar and academic writes, “The basic premise of the book is that both Fatwa and Feminism, if applied in a positive and constructive mode, are indispensable for implementing attitudinal change among Indian Muslims in a bid to improve on the present status of their women and hopefully, this is viable, considering the present trends.” Thus Prof Wasey provides a gist of the book and what it covers regarding Muslim women. Fatwa has been given a negative connotation by media, because all of them are rooted in a certain medieval interpretation of Islam, that too in a sectarian context. In contemporary times the context, social milieu, society, and issues have changed but the jurists are trying to find answers in the same canonized and fossilized juristic schools that lead to retrogressive results. These results in the forms of Fatwas are then criticized by media as they are based on redundant interpretation of Islam, not a dynamic one conducted through Ijtihaad.

In her Preface, Juhi Gupta writes about the purpose and scope of the book in these words, “My solemn intention of research on this topic is to throw enough light on the present and future status of Indian Muslim women in face of the march of fatwas and feminism, and to develop new insight into certain social realities of India. The purpose of my research would be fulfilled if it could draw any attention towards the plight of Muslim women in India and bring any upliftment in their status.” (P-xii)

The economic, social, educational, health, regional and specific problems of women have been specified along with the reasons for the low participation of Muslim women in politics. Literature survey about Muslim women in India has added to the academic merit of the book. Juhi further discusses the role and status of women in Islam while drawing the inference, “It may be noted that it does not even associate sex with gender: There is not a single verse in the whole of the Quran suggesting that biological differences existing between men and women make them unequal.” P-54

The issues related with Fatwas, their impact on masses particularly women and misconceptions revolving around them are discussed too. While discussing the role of Fatwas and the tryst of Ulema with them, Juhi writes, “Ulema have never been the only educated class in the Islamic society but because they explained Shariah to the public, they used their moral power to control political clout and their role in politics surpassed that of any philosopher or natural scientist.  The significance of traditional Fatwa can be judged adequately in the light of Islamic history which highlights that a number of renowned Islamic scholars refused to accept the most prestigious and coveted official positions offered by ruling powers of the day in order to resist their whims. Actually, some of them were killed for their refusal. In fact, the history of Fatwa is the history of Muslim Ummah’s quest to seek Allah’s pleasures, frequently at the cost of one’s life.” P-118

Media has always been painting Fatwas in a wrong color although there are Fatwas that do condemn domestic violence, dowry, female feticide but they are hardly covered by the media. Instead, patriarchal fatwas related Sania Mirza, Gudiya, Imrana, Taslima Nasreen are given huge publicity and coverage as they help in reinforcing Islamophobia. But Juhi also condemns the Fatwa giving institutions for their callous approach, “But if a fatwa is only for consumption a particular person who queried in his/her specific context, why print their collections or post them without any qualification on the web for global publicity and cross-referencing? The problem of context is ever so intriguing yet unnoticed.” P-159

Juhi also discusses fatwas as tools of progress and women empowerment. She also engages academically with feminism, its different strands, and schools of thought as well as with Islamic feminism. Overall the book is a very important contribution to the gender studies in Islam, in the context of new trends of Muslim feminism and Fatwas.