Palestinian Lives between War and Peace

1.    The Nakba hasn’t stopped for Palestinians but they are made to live and relive Nakba throughout their lives.

2.    In Palestine Political is Private and Politics has a deep impact on the lives of individual Palestinians.

3.    Mutual co-existence with the Arab Jews was normal but when the migrant Jews came the problems started then only. Thus the creation of Israel changed the whole course of lives for Palestinians. 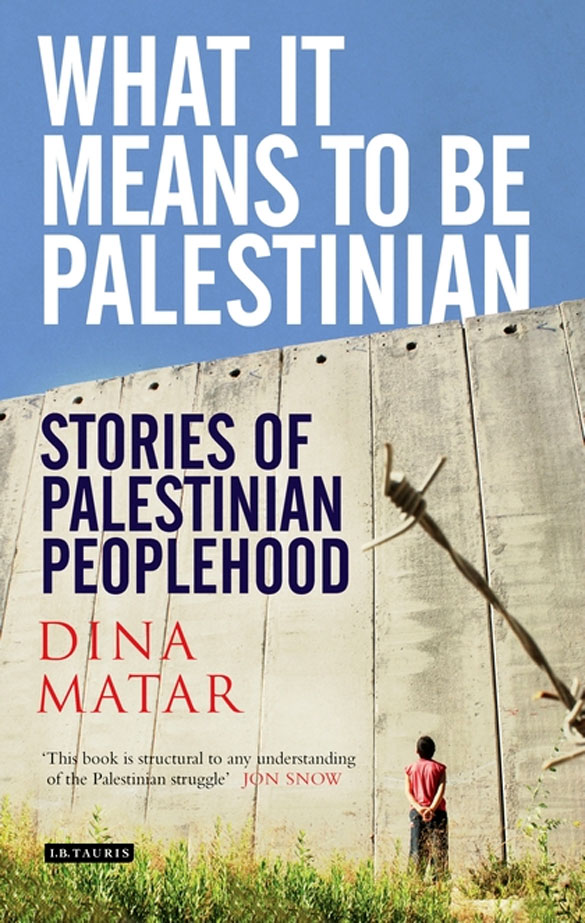 The problem and issue of Palestine is one of the longest running in our contemporary history. It is a legacy of the British Imperialism and attained a stature of intractable conflict with the creation of Israel that happened by displacing the indigenous native population of Palestinians in 1948. They remember this tragedy as Nakba and they commemorate it on 14 May, each year. Since the first Nakba that is synonymous with the unjust creation of Israel, the Palestinians have witnessed similar Nakbas during different phases of their contemporary history. The Nakba hasn’t stopped for Palestinians but they are made to live and relive Nakba throughout their lives. Millions continue to be homeless refugees in different Arab countries and those who inhabit the occupied territories of West Bank and Gaza of what now has remained of Palestine, live in a perpetual fear of being rendered homeless by the Israel. Exile and homelessness aren’t the only issues that are baffling Palestinians but illegal detentions, torture, blowing the homes and even assassinations are the gruesome realities that are a part of their daily lives.

The book as the name suggests isn’t a text that deals with the historical or political roots of Palestine issue, but its primary focus are the lives of the common Palestinians, who have lived and experienced the ramifications and impact of this conflict on their lives. In a way it is contemporary history of Palestine too because Palestinians and Palestine Issue can’t be separated from each other. They are so mired and entangled with each other that they overlap in any discourse about Palestine. In Palestine Political is Private and Politics has a deep impact on the lives of individual Palestinians. This book is a testimony of the same fact.

In her Preface of the book, Dina Matar explains the problems that are beset while representing Palestinians. “First that Palestinian history tends to be viewed solely in relation to Israeli history or narrative; and second that the story of the Palestinians, as ordinary human beings subjected to violent forms of power, remains a largely hidden one”. About the subject matter of the book Dina explains, “This book seeks to ascribe agency to the Palestinians, not as helpless victims of forces beyond their control, as they have often been portrayed, but as actors at the centre of critical phases of their modern history”. (P-xii).

In her Prologue, Dina describes the stories that are related in chronological order which correspond to certain phases in history of Palestine. These stories begin with the revolt of 1936 against British rule in Palestine and end with the Oslo Accords (1993). The book is based on the in depth interviews and conversations with the Palestinians that are spread across various countries and those who inhabit the occupied parts of Palestine. Thus this book is a contribution to the oral history of Palestine issue. It tries to capture the complexities of Palestinian experiences through personal stories. It is a testimony towards reliving memory and what memory can do. From these stories no conclusions have been drawn and only an epilogue has been written at the end that keep the story of Palestinians open ended.

The book is divided into five chapters. The first chapter, On the Road to Nakba: Palestine as a Landscape and a People, 1936-48, describes various stories of Palestinians who have lived that experience and how some Palestinians who left as small children, continue to harp deep imprints of the exile and still long to return but that longing and perpetual exile never came to an end. The ethnic cleansing of Palestinians started with the creation of Israel as thousands were expelled from their villages and lands that were illegally occupied through military might by the Zionists. Some of the personal stories describe how the everyday problems were resolved within a clan by a head and there was no need to approach the courts for arbitration. Courts were approached only when problems arose over land between Jews and Arabs. Mutual co-existence with the Arab Jews was normal but when the migrant Jews came the problems started then only. Thus the creation of Israel changed the whole course of lives for Palestinians. There were Palestinians who thought this displacement was temporary and they would go back to their native land again, but that desire and dream never came true.

The chapter second is titled, Living the Nakba: In the ‘Perilous Territory of Not Belonging’, 1948-64. It relates the stories of Palestinians whose severance from their land and places structured and shaped their tragic experiences. Their longing for their native land continued with the hope that they will return back one day, but with each passing day the hopes and chances of returning got diminished. This chapter also describes the stories of Palestinians living in Israel and the writers living in Israel who contributed to the Palestinian resistance.

Raising the Fedayeen: Between Romance and Tragedy, 1964-70 is the title of the third chapter. It describes the birth and evolution of Al Fatah as an armed insurgent wing of Palestine Liberation Organization (PLO) and the romance gun and armed insurgency brought with it. It describes the story of Laleh Khalid the young guerilla who hijacked an aeroplane. This period witnessed a vibrant women activism and their active participation in resistance movement. Becoming a Fedayeen was romantic and dream of most youth. But this period wasn’t without its downfalls. There were clashes and skirmishes between Palestinian guerillas and Jordanian army. Resistance lost its vibrancy and women too were retrograded to oblivion. Pessimism dawned on the resistance movement, and many resistance cadres were arrested or detained. Now the survival in jails became a priority and thus a new generation of children of resistance was born.

Children of the Stones: Living the First Intifada is the last chapter of the book that describes the resistance of new political motivated young generation of Palestinians who resist the Israeli occupation through stones. It then describes the culmination of what is known as the First Intifada in the form of Oslo accords. A brief reference to suicide bombing that characterized the second intifada with the Hamas coming to the fore and the armed insurgency became vibrant option again, is too described at the end of this chapter.

Overall the book is an important contribution to the oral history of Palestinians and it provides a rare insight in the lives of the ordinary and other important Palestinian individuals. The author needs to be congratulated for her efforts and pain sticking research in transcribing in black and white the experiences that Palestinians went through over these many decades. Despite the book ending at year 1993 and more than two decades have passed since then with many new stories and oral history that needs to be documented now, but that doesn’t reduce the worth of the book. It is an essential read for anyone having an interest in Palestine conflict. The stories of the book meticulously describe the impact, influence and ramifications the conflict of Palestine has over the people of this land. It documents and analyzes the different problems, Palestinians face in different lands. It is truly a recommended read and any student or scholar of Palestinian history can hardly afford to miss this book.