Palestine in War and Chaos

Numerous Wars and Incursions Have Been Imposed On The Palestinians

1.    Palestine is a contested land among the believers of Semitic religions and Abrahimic Faith.

2.    The Wars and Operations against Palestinians has led to grave human rights violations.

3.    Israel as a country supported by U.S has never been persecuted for its crimes against humanity.

4.    In the aftermath of Operation Cast Lead no IDF soldier was prosecuted for the massacres, intentional killings and atrocities perpetuated on Gazans.

5.    Collective punishment in the form of economic blockade was imposed on the people of Gaza. 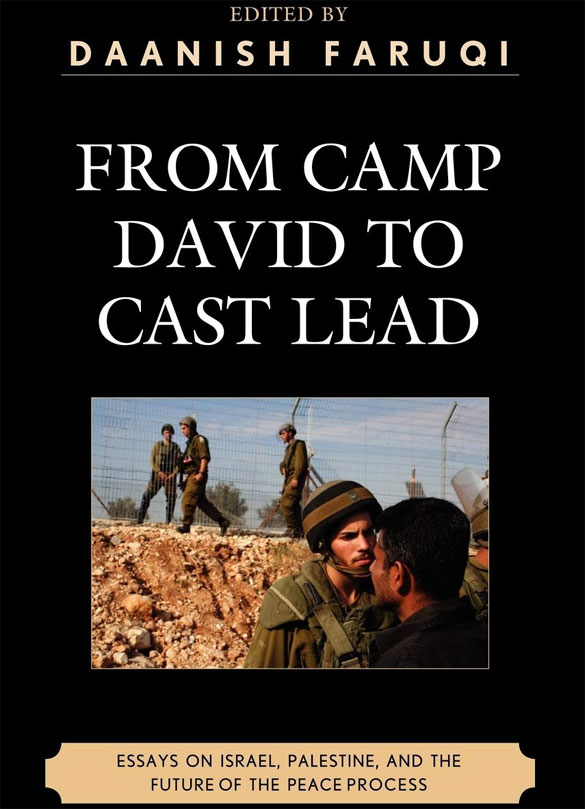 From Camp David To Cast Lead: Essays On Israel, Palestine And The Future Of Peace Process

The issue of Palestine has been on the priority list of United Nations as an unsolved and perpetual dispute since the unjust creation of Israel on 14th May, 1948, the day which is still commemorated as Nakba by the Palestinians. Many wars have been imposed on Palestinians and the neighboring countries by Israel since then, which have consumed thousands of souls, maimed hundreds and destroyed property worth billions. Israel illegally justifies these wars as war for its survival among the hostile Arab Nations. The unconditional and unrelenting support which Israel has been getting from the Super Powers during and after the Cold War has encouraged it to commit more aggression with impunity. Despite the hue and cry by Human Rights activists, United Nations General Assembly resolutions and the bizarre condemnation pouring every other day, Israel isn’t pressurized even by an iota to bring a bit of relaxation in its atrocities against Palestinians.

The present book under review is a compilation of different essays on Israel-Palestine conflict, why Peace is still a casualty, and reconciliation efforts are bringing no respite in violence especially during the last one decade, as the name of the book suggests, the failed negotiations of Camp David(2000) to the Operation Cast Lead(2008-09) edited by a young scholar Daanish Faruqi who in his powerful introduction  to the collection describes that “The idea of a bi-national State shared by Israelis and Palestinians, previously considered sacrilegious in public discourse, is now garnering renewed interest”. Further describing the purpose of the book he writes that, “its purpose is to address the limitations of conventional discourse towards this conflict which the rapidly shifting political dynamics of the past decade have made unabashedly apparent”. This purpose runs through the blood and veins of the book as each essay is a testimony of the same.

The volume has been divided into four sections and the first section Beginnings consists of three chapters. Henry Pachter, in his essay, “Who are the Palestinians?” touches the cord with the history of Palestinians, their agony since creation of Israel and how they become refugees in their own land but infers a unique solution, “The solution for Jerusalem will have to be imposed by great powers; it cannot be negotiated between the parties concerned. As long as they pretend to negotiate about it, they merely indicate that they do not mean to make peace”. (P-17), but whether the imposed solution would be respected by both Israel and Palestine remains a million dollar question and who can guarantee that the imposed solution even if respected wouldn’t initiate a new spate of violence??

“Deconstructing Israeli Democracy: On the cultural pre requisites of Political Modernity” is the title of Michael J Thompson’s paper which deliberates that a liberal democracy as pronounced by John Locke is completely absent in the Israeli politick rather a Jewish hegemony via ethnocentrism which is Pre modern concept and Thompson proves that the presupposition of Uncle Sam and various other countries that Israel is the only country in the Arab World which is a democracy and hence a model to be inspired from and emulated is a brazen sham as, “the very idea of a State defined by religious and ethnic identity becomes anti liberal and therefore anti-democratic since it privileges a conception of politics which survives on the basis of exclusion”(P-22), whereas democracy thrives and survives on pluralism, inclusiveness and mass participation.

Menachem Klein discusses the “Security-Settlement Complex” in the third chapter and unveils the settlement and expansion of Israel in the West Bank, though Gaza is ignored. Klein very well describes how Palestinian land is confiscated and no compensation is paid for the same, and how the nexus of military-settlement-bureaucracy complex tries every tactic to squeeze and suffocate the Palestinian inhabitants of West bank in all aspects. In many cases the military even supports the unauthorized construction and expansion of illegal settlements.

Part second of the book 2000 to 2006: Sharon, the Intifada, and the Roadmap contain four essays which deal with various aspects of Israel-Palestine conflict during these years. Avi Shlaim in his essay, “Ariel Sharon’s War against the Palestinians”, traces the various roles of Ariel Sharon from military to politics and how Sharon was following the Jabotinsky’s way while dealing with Palestinians & Jabotinsky is the father of Jewish right. Sharon was of the firm belief that Palestinians could never be Peace partners; hence it was necessary to decimate and annihilate them wherever you found them, and hence with all the military might at his disposal he expanded the Jewish settlements breaching the Oslo accords. Sharon was a realist, hence power was the deciding factor for his politics and negotiation too, “The Arabs-first the Egyptians, then the Palestinians, then the Jordanians-learnt the hard way that Israel could not be defeated on the battlefield and were compelled to negotiate with it from a position of palpable weakness”(P-44). He tried every tactic to defeat Palestinians and make them negotiate on his own terms. Sharon was the father of the Iron Wall Zionist strategy too and hence the ‘security barrier’ the wall was erected along the West bank.

“The Building of a Wall” is the title of the next essay by Moshe Zuckermann, he takes the reader into the dynamics of the wall debate and will it serve the purpose of curbing the ‘terrorism’ according to Israel, but he concludes that this policy of “shattering terror”, “is nothing other than a perfidious ideology as long as the actual causes of terror, and the now decade-old Israeli occupation and systematic oppression of the Palestinian people, are not abolished”(P-56).

“West Bank Settlements Obstruct Peace: Israel’s Empire State Building” is the title of Marwan Bishara’s essay who believes that the greatest barrier to Peace in the Middle East are the ever expanding Israeli settlements and “the settlement drive and its ideology have become a cornerstone of modern Israeli national identity”(P-59). The settlements have various ramifications on different aspects of life and even the power of settlers is growing in the electoral politics too and the settlers like Uncle Sam believe in ethnic cleansing and targeting innocents under the veil of War on terror, plus the discriminatory laws prevalent between the settlers and Palestinians make Peace an illusion and distant dream.

Mustapha Barghouti’s essay “A Place for our Dream” takes the settlement debate further and writes that, “through its settlement activities, Israel has sought to transform the West bank into ethnically Israeli territory, in which Palestinian villages and towns are nothing more than isolated outposts”(P-65) and he also deliberates on several steps to be undertaken for the restoration of Peace in Palestine.

Part third of the book, 2006 to 2008: Hamas Election Sweep, Gaza Incursions, and the Annapolis Peace Conference contains three essays, starting with Elna Sondergaard’s long essay “Trails in the Israeli-Palestinian Conflict” which lucidly but academically discusses the helplessness of judiciary and the fate of litigations. In case of settlements courts can’t decide or provide judicial protection and usually have to take the official position, thus courts fail to take an independent stance or come to rescue of the wronged ones who are facing the Israeli State’s wrath.

“Blitzkrieg in Gaza’, is the title of Lawrence Davidson’s essay according to whom there have been more than three hundred Israeli incursions into Gaza, West bank and Lebanon since 1967, and this essay has been written in the backdrop of Operation Summer Rains of 2006 which was imposed on Gaza by Israel to recover an abducted soldier and the purpose of the war was to dismantle and dislodge the elected Hamas government. Despite opting for the Peaceful means of resistance, the biased media always stereotypes and reports the suicide bombings by Palestinians only but sidelines the peaceful methods and makes them die in oblivion.

Stephen Eric Bronner, tries to describe “Who are the Palestinians Today?” in his essay and goes back into history when during the Cold War the atrocities and breach of treaties by Israel were overlooked by U.S.A because it was supposed to check the spread of communism in the Arab world, but now when the elected Hamas government is in place, Israel is also being condemned for its violations of treaties and human rights. The various conferences like Annapolis are discussed too which had no outcome, plus the attempts of unity between Hamas and Fateh are discussed too, alongwith the stance of Israel to talk to Hamas only when it recognizes Israel, but till date no such reconciliation attempts have been opted for.

The fourth and the last part Gaza in 2009-2010: Operation Cast Lead and the Future of the Peace Process contains two essays, “Unjust and Illegal: The Israeli attack on Gaza” is the fist essay by Stephen R Shalom, which deals with the Operation Cast Lead when Israel attacked Gaza on the pretext of firing rockets into Israel. Shalom is of the opinion that no self defense theory of Israel is justified as Palestinians are struggling by just means to end occupation. The settlements in occupied territories are illegal, and it is always Israel which breaches every truce and in the pretext of Operation Cast Lead Israel did the same, though Hamas was ready to extend the truce again. There are no means by which Israel can justify the Operation Cast Lead and the atrocities committed against Palestinians were just unheard of, like using Palestinian civilians as human shields, mingling Israeli Defense Forces(IDF) with Israeli civilians, targeting hospitals and ambulances on the charge of harboring militants and acting as their safe havens. In the aftermath of Operation Cast Lead no IDF soldier was prosecuted for the massacres, intentional killings and atrocities perpetuated on Gazans and to add insult to injury collective punishment in the form of economic blockade was imposed on the people of Gaza.

Sara Roy’s essay “Gaza’s Diminishing Landscape” speaks about the agony and devastation which people of Gaza underwent as a result of the Operation cast lead and various other Israeli incursions before, how their lives are ruined by the war and now by the economic blockade which has resulted in a crises of every type in Gaza. Roy is of the opinion that whether settlements are expanding or the Israel is militarily occupying Gaza water, transport, food items, trade, taxes, tourism everything is controlled by Israel, and Roy also tries to highlight the dichotomy between West Bank and Gaza, but is all praises for the spirit of Gazan’s who have started to rebuild their lives once again.

The book is an essential read for everyone interested in the last decade of Israel-Palestine conflict and not even a general reader can afford to miss the book, which contains opinions, analysis and solutions of varied hues. The book lives to its promise which its Editor Daanish Faruqi makes in the Introduction to the volume, “Whether the two state solution is the most desirable outcome is beside the point; instead, the goal of this volume is to challenge the underlying assumptions of prevailing peace paradigms by exposing their limitations in the aftermath of the past ten years”. The book is successful in addressing the challenges and we must congratulate the young editor for compiling this volume which is an important addition to the Israel-Palestine conflict.