Mothering a Muslim: Muslim Kids Have To Face Numerous Challenges and Issues

Muslim minority in India is facing numerous issues and battling with many challenges. A number of studies have been conducted on variegated aspects of Indian Muslims. Media and society has developed numerous stereotypes and misconceptions about Muslims in India. It has resulted in the construction of negative image of Muslims and Islam. The violent, criminal and terrorist activities of fringe elements and peripheral groups are being constructed as representation of Islam and Muslims. It has given birth to a certain image of Muslims that is being reinforced by media, who depict Muslims as intolerant violent lot, sporting large beards and oppressing women. The Muslim ghettos are being described as the dens of manufacturing terrorists. This antagonistic environment has resulted in the creation of wide wedge between different communities. It has led to the prevalence of culture of hate, intolerance and violence that galore the Indian society now. 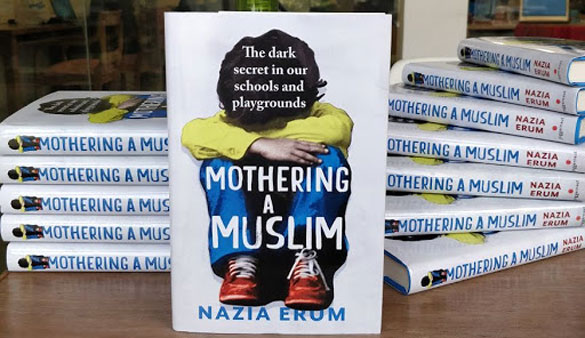 Muslim children have their own ordeal to relate, but rarely has any study been conducted to understand the problems that Muslim children face in India. Nazia Erum in her new book documents the challenges and issues that Muslim kids have to face particularly in schools. Children certainly form their opinions about the ‘other’ in schools, homes, through media, peers and society at large. They cannot be completely protected from the socialization process that is prejudiced against Muslims. So raising children in an increasingly polarized society is becoming a cumbersome task. Muslim children are being bullied or ostracized in schools because of their religion. Schools no longer offer spaces and environment that is completely free from Islamophobia. Muslim children are regularly called as Pakistanis and terrorists whenever they articulate a different opinion or there is a terrorist attack in any part of the world. Terrorist attacks are being attributed to them, as if they are the guilty ones. Nazia however overlooks this aspect whether it is the impact of Globalization or the transnational Ummatic concept that upholds Muslims as a homogenous lot. This question needs a serious probe, why all terrorist attacks are being attributed to Muslims? If some terrorist groups are operating in different countries how come Indian Muslims are held responsible for their activities? Do people believe that Muslims are a homogenous and monolithic group having same aspirations, goals and worldview?

Some Muslims too boast about being affiliated to the transnational Ummah, but that was never a pragmatic and lived reality of Muslims. Instead it offers only a theoretical and emotional satisfaction to Muslims that they are affiliated to some Ummah, which offers them no practical help. In our current era too Globalization has rendered the whole world into a small village with the modern means of communication. Now the nation-states have got the right to comment on the ‘internal affairs’ of the neighboring, friendly, enemy and other nations. The United Nations as a world body is supposed to mitigate the crisis of masses that exist in different nation-states. It too has failed in upholding its lofty objectives, so Ummah as a strong reality has never been a part of the Muslim milieu. Muslims of every nation state have to face their own problems and battle with their own realities. Muslims as well as non-Muslims need to understand this very fact. Our writers need to engage with this question vehemently, that Muslims of every country face their own problems individually without any mythical, nonexistent Ummah coming to their rescue.

The bullying and boycott that Muslim children witness in schools from other fellow students reflects the environment prevalent in their homes. Muslim students feel segregated in schools and nobody wants to befriend and play with them, while verbal violence is a reality too. Further religious bullying is largely brushed aside. Muslim parents also maintain silence about this kind of bullying because rarely there is a Muslim teacher or administrator who can empathize with their plight. Even language subjects are divided on the basis of religion Urdu for Muslims and Sanskrit for Hindus. Many students in high and higher secondary schools literally have to give up wearing Abayas and ethnic wear of Kurta-Pyjama. Classroom violence against Muslim students whether be it calling them terrorists or asking them to leave for Pakistan by their classmates is now a daily affair. Teachers play a complicit role too by calling Muslim students terrorists, thus transmitting more hate and prejudices, instead of bridging the bulging divide. In most cases Muslim students are not invited to social events like birthday parties. Given the environment of hate, many Muslims have even changed their names to camouflage their real identity.

On the other hand there are Muslims for whom markers of identity like Burqa and traditional dress of Kurtas is essential to remain distinct. They have rendered dress code synonymous with Islam. To add insult to injury many Muslims who return from Gulf and Muslim clergy trained in the middle east have a misogynist, strict and rigid interpretation of Islam that is misfit in the Indian society. Online preachers of hate and internet too have added to the radicalization among a section of youth. Add Islamophobia to it and we are staring at a complex web of things.

Nazia Erum has very judiciously probed the phenomenon of hate prevalent in the schools and directed against Muslim children. She as a mother is helping raise her child as someone who is a productive Indian citizen believing in the constitutional values. Nazia believes that mothers can play a very important role in fighting the hate and helping overcome the intolerance that is prevalent in schools. It is a difficult task indeed but certainly with positive efforts things will move in the right direction. However her probe has limitations and its findings cannot be generalized because despite the prevalence of hate, her area of study and probe constitute only elite schools that too of a metropolitan city. Muslim students are being educated in different parts of India and if the culture of hate was so strong then it certainly would be difficult for them to pursue their studies in such a hostile environment. Even in the schools which have been analyzed the students have not dropped out but continue to be enrolled and with time hopefully the walls of hate will be decimated. I would suggest to the author to do a sequel of this study after some years with the same Muslim students and maybe that study can reveal interesting conclusions. Overall the book is a very important read probing the lived realities of Muslim students in India.