Islam is the most misunderstood religion of our era. The violence perpetuated by few fringe elements and non state actors in the name of Islam that are later exaggerated by the media has painted the religion in bleak colours. It is not just violence, the issue of gender, politics, Muslims as minority and other issues need to be discussed in relation with Islam. Very few Islamic scholars have engaged with these issues and provided a succinct response to them. Among this rare breed of scholars Maulana Wahiduddin Khan has craved a niche through his writings. He engages with the questions of the modern mind, and addresses the burning issues of Muslims in the light of Islam. One can certainly differ with his opinions but his is a voice that cannot be ignored. 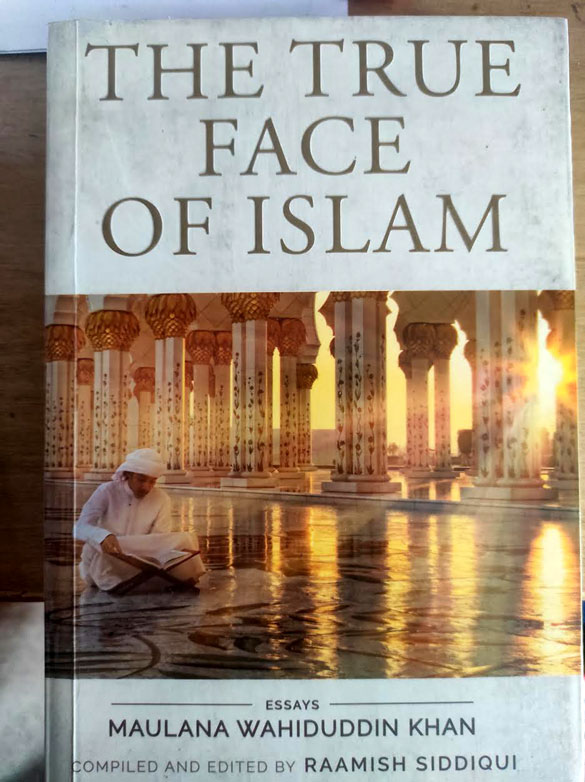 The True Face of Islam: Essays of Maulana Wahiduddin Khan

Compiled and Edited by Raamish Siddiqui

The current book under review is a collection of his various articles that have been compiled and edited by Raamish Siddiqui. Siddiqui in his Introduction to this work writes, “Through this work, I hope to bring clarity in the minds of the many who like me have been grappling to find answers to their questions. This book is an attempt to clear the dust of interpretation which has shrouded the Islamic Scriptures. And after performing intensive research, I am convinced that the writings of Maulana Wahiduddin Khan are the conclusive answers that will put these restless minds to rest.” (P-xii) This book consists of thirty eight essays that deal with different aspects of Islam including Prophethood and life after death. Maulana always strives for the principle of adjustment as man cannot exist independently so adjustment becomes inevitable.

Maulana articulates a new interpretation of Tasawuff or Sufism while advocating to change its form from heart to head because he says that we are existing in post scientific age, “Importance should be given to the reformation of the mind rather than reformation of the heart. This change of approach and emphasis is not a simple matter. In its magnitude it is equal to a revolutionary change. If we acknowledge this new approach, it would amount to saying that Sufism or mysticism must undergo a complete overhaul. As far as the question of the goal is concerned, it shall remain the same as it was in ancient Sufism or mysticism. But when we talk about the method, then definitely Sufism must be transformed into a completely new discipline. All the rules and regulations will have to be revised taking into account the new premises, and then written afresh.” This call for overhaul is certainly huge and will be severely resisted by the upholders of traditional Sufism, who spend years to train the heart and cleanse the soul.

The need for interfaith dialogue has been emphasized given its essence in bridging the divide among various faiths. Also the need for understanding Hinduism, Judaism and other religions becomes very important if any meaningful dialogue is to take place. So Maulana says, “Islam, wants Muslims and Christians to join together in the later period of history for the cause of Allah, and they must eliminate evil by joint effort.” (P-61) For dialogue to be fruitful people need to know the art of difference management rather than art of difference elimination as that is not a possibility. So the principle of give and take becomes a pre requisite for a successful dialogue.

The freedom of speech and expression helps the progress of any nation and any curbs hampers progress as succulently pointed out by Maulana, “If curbs are placed on freedom of expression, people’s thinking cannot be ceased; the only result will be that their thinking will not come to their lips and pens. Any institution or state which places curbs on freedom of expression will be ultimately brimming with hypocrites. In such an atmosphere, sincere people can never be produced.” (P-104) It was this freedom that helped Muslim construct a strong enlightened civilization as there was no persecution of scholars, scientists and free thinkers in the Muslim world. Also the principle of difference between Islam and Muslims has been emphasized by Maulana, but that is a very problematic principle. The majority of Muslims is influenced by religion although all of their acts are not driven by Islam, but Muslims love to flaunt their religion everywhere and wear it on their sleeves. So it becomes difficult for non Muslims not to judge Islam from the practice of Muslims.

Maulana stands for introspection and his criticism of Islamic revivalist movements both Jamaat e Islami and Ikhwan ul Muslimoon is valid but his support for the state of Israel stands on very shaky grounds and exposes his lack of political acumen, “During this period the establishment of the state of Israel took place in Palestine in 1948. This, to the Muslims, was intolerable. To the writer, however, this was not wrong in principle, and not wrong a decision, for, according to the Balfour Declaration, under the limited quota system, the Jews were allowed to return to one part of Palestine. These Jews were, in fact, the same who were a part of the Diaspora. And, according to the Quran itself, the return of the diasporic Jews was right in principle (5:21). But Muslims, already enraged at the Western nations because of the colonial yoke they had imposed, now became bent on waging a war against them and against Israel.” (P-127)

This criticism is not confined to state of Israel only but about Kashmir he appears to be prejudiced too. Also his information appears to be incorrect particularly about this incident, “In the Jammu region, the Shrine Board acquired a piece of land measuring 100 acres (800 canals) in order to perform the services of the Amarnath Yatra in a more effective way.” (P-160) It was not in Jammu division but in Kashmir valley that the transfer of land led to a strong agitation in year 2008.

Maulana is correct that not all non Muslims can be termed as Kaafir (infidels) and Islam per say does not advocate a particular form or structure of the government in strict terms. Islam basically aims at creating ideal individuals not an ideal state. So creation of patriotism as a means of nation building seems to be a way out and secular democracy is not something that should be abhorred and desisted by Muslims. Maulana states, “Secular democracy is neither an absolute theory nor an eternal system. It is only a practical settlement which is made according to situation. Its basic purpose is to provide opportunities by maintaining peace in social life…Holding secular democracy against Islam is extremism, and there is no place for extremism in Islam.” (P-149) Maulana laments that political parties and media is failing Muslims on all accounts so they continue to remain marginalized because instead of education they chose emotional issues as basis for their community preferences.

Overall these essays offer new and different insights into various issues baffling Muslims and should be on the reading list of any person interested in the engagement of Islam with the current challenges and issues.