Ideologies are very important pillars that unite masses. Every age has witnessed the power of ideologies be it in the form of religion, state, authority or idealism. Religion has the potential to unite people for a higher and bigger cause as well as make them a potent force for destruction. Religion offers a worldview that helps its adherents work towards a common goal. This goal can be inclusive, pluralistic and positive or exclusive, sectarian and negative depending on the interpretation of the religion. Religion is a double edged sword and when mixed with politics it mostly results in an unholy mix that leads to chaos and destruction. It is true for most religions and in countries where electoral democracy is based on first past the post system candidates and parties desirous of registering a win mostly appeals to the electorate using a religious dictum and jargon. 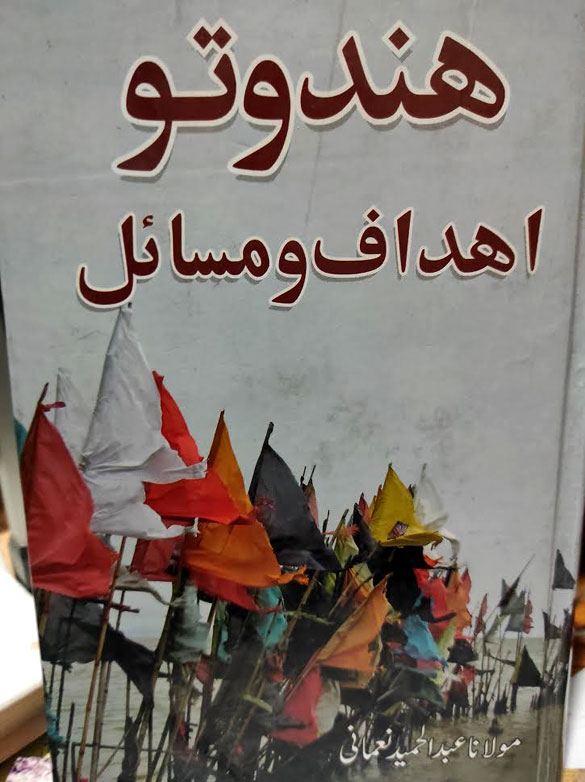 Communalism is a pestering problem in most countries of South Asia. India is no exception to the communal problem and since the independence of India, communal riots both large scale and small ones have been occurring. Many academic studies have been conducted about the reasons of these communal riots offering different insights regarding their reasons for occurrence and aftermath. It is rare that a madrasa trained Islamic scholar and theologian is well versed about the communal problem, understands the dominant and major religion of India i.e. Hinduism so well. Maulana Abdul Hamid Noamani, is one such rare scholar. Madrasas rarely do teach comparative religions as a part of their curriculum. It is one of the biggest flaws that has resulted in skewed understanding of Hinduism and even Semitic religions by the madrasa students. When one does not understand the faith of fellow citizens of the country how come they will try to reach out with the message of Islam (Dawah). It has given rise to stereotypes and misconceptions about each other, even among the Ulama. Maulana Noamani, however is an exception to this trend as through his own personal efforts and hard work he has studied Hinduism, so is an expert to comment on its different contours. Earlier too he has published few books on different aspects of communalism, Hinduism and its contours. This new book is a collection of his articles that deal with different aspects of political Hinduism known as Hindutva. 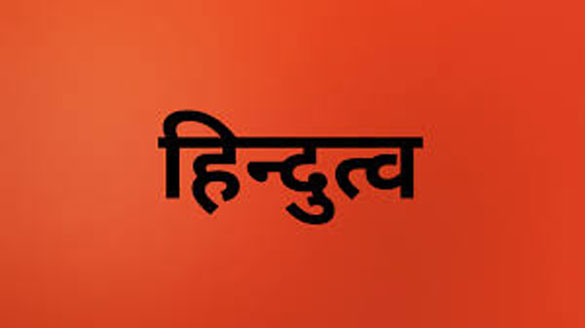 Hindutva aims for Ram Rajya but Noamani contests this concept of Ram Rajya as propounded by the proponents of Hindutva, as it is antagonistic to what Mahatma Gandhi defined as Ram Rajya. Ram Rajya is the era in which values like Justice, Tolerance and Peace are prevalent all around. It is established in the basis of nonviolence and not constructed on the hate for the other (read minorities). But tolerance and inclusivity has become the new casualty in this new project of Ram Rajya as the new conversion law is quite discriminatory against minorities (P-24) despite the fact that Indian constitution recognizes the freedom of religion as a fundamental right. Same is the case with Love Jihad, which criminalizes love across faiths. It is a regressive law and should be done away with, because marriage is a personal choice and young people should have the choice to marry across religions. It is what secularism and freedom of choice stand for. Similar is the case with Ghar Wapsi (Returning to old faith). According to Ghar Wapsi every person who was born in India is by default Hindu and minorities who exist in India as basically Hindus so now it is essential for them to return to their original fold of Hinduism. It is keeping in view this concept that the BJP regime opened borders for law of return to Hindu minorities in different countries of South Asia.

The Ram Rajya of Hindutva regime has few illustrious stalwarts particularly those who have played a prominent role in the freedom struggle of India. So they are trying to appropriate stalwarts and icons of Indian freedom struggle from Mahatma Gandhi to B.R Ambedkar. It also includes Sardar Patel and Bhagat Singh. Maulana Noamani questions this appropriation stating that this co-option is ill founded as Bhagat Singh was atheist, Ambedkar was not a Hindu reformer instead he was a liberator of Dalits. Also these stalwarts belonged to Indian National Congress but it is certainly lamentable that currently Congress has failed to project them as the real stalwarts of India.

Also various stereotypes about minorities particularly Indian Muslims are being propagated including the myth that Muslims and Christians belong to supra territorial states, hence their loyalties are suspect. Anti-Islam literature is being circulated that churns ill founded stories about the Prophet of Islam, Muslims kings and their rule. Further the myth about increasing Muslim population reducing Hindus to a minority in next few decades is something that is not backed by any statistics. It is allegedly based on the permission for muslim men to marry four women, that has been constructed in a manner as if all muslim men have four wives and dozens of children. But rarely do Muslim men in India or elsewhere have two wives not to boast about four. Same is the case with violence. A miniscule minority and fringe elements among Muslims do indulge in violence that too for variegated reasons but it again is being attributed to Islam. In case of Muslim terrorists the question of religion/Islam becomes central to the debate instead of the real factors.

The question of secularism that has developed a different trajectory in India, is always being used as a litmus test for Muslims, whereas in reality they constitute just fifteen percent of the population. They are being always called to defeat communalism and safeguard secularism that certainly needs a deep probe. Is it a responsibility of Muslims only to safeguard the values of constitution while the majority remains a mute spectator? To add insult to injury there are few voices in the Hindutva regime that deny existence of any Muslim minority in India. So given these attacks on Muslim minority it does not seem quite distant when the drastic amendment of constitution may do away with the very fundamental rights enshrined in it.

This book raises very pertinent questions that we are facing on daily basis in our polity, economy, society, education and future of religious freedom in India. Maulana Noamani needs to be complimented for writing prolifically on different aspects of challenges that we all are currently facing in India while divulging finer details of these phenomena and offering dynamic solutions too.