Hazrat Aisha's contribution in the spread, propagation and legacy of Islam

Women in Islam have played an important public, intellectual and leadership role.

*The Quranic discourse is mostly Right based for women and Duty based for men.

* The book describes Hazrat Aisha's political stance and involvement during the period of four caliphs, and later on during the times of Mauwiyah, whom she criticized vehemently for his wrong policies. 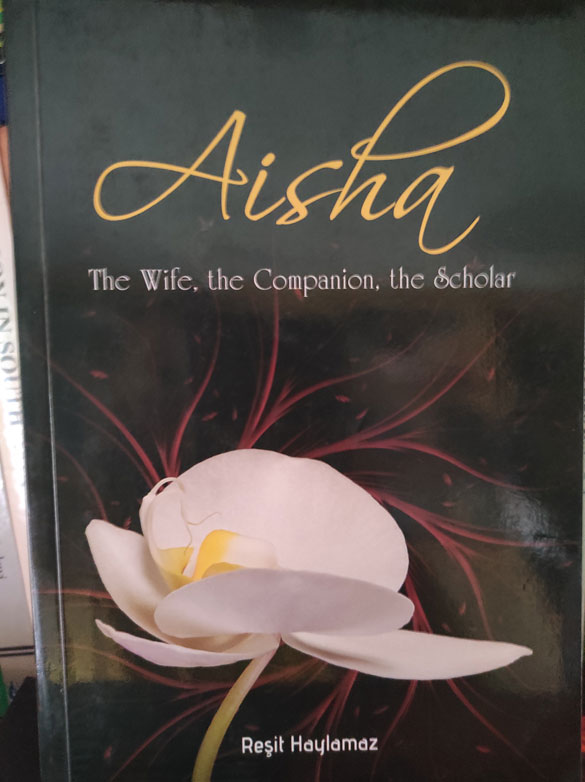 Islam came as a harbinger of change; it revolutionized the way of life and made a deep impact on the world. Quran described the fundamentals of women rights. The Quranic discourse is mostly Right based for women and Duty based for men. In the early years of propagation of Islam by Prophet Muhammad (pbuh) women played a decisive role. The first martyr of Islam was a woman, Summaya (may Allah be pleased with her). But it is also a sad reality that not much has been written about the contribution of these women to Islam. Most of their contribution and legacy remains unsung in oblivion. There is a dire need of scholars and writers, who can analyze, deliberate and bring forth the contribution of the women in the spread, propagation and legacy of Islam.

The present book under review tries to fill this void. The book AAisha: The Wife, The Companion, The Scholar as the name suggests analyzes and discusses the role of Aisha (may Allah be pleased with her) as the wife of Prophet Muhammad (pbuh).  Being the foremost among the companions of the Prophet (pbuh), Aisha after his death assumed the role of a scholar and transmitter of Hadith (saying and practices of Prophet Muhammad). The author, Resit Haylamaz, a Turkish scholar has brought to the fore the legacy of Aisha, dealing with the major and even minutest details of her life, that was dedicated to the mission and cause of Islam.

Resit describes her life after she is engaged to Prophet Muhammad (pbuh). The contrast between her austere life and that of the other women is brought to the fore. The love that existed between her and Prophet Muhammad (pbuh) that made them a unique couple and that still is an example for married couples to follow is described vividly with the help of various incidents. These incidents help us understand, how loving, caring and respecting spouses they were towards each other. Not only her relation as a wife is described but the intra wives relations that existed among Aisha and other wives of Prophet Muhammad (pbuh) have been nicely depicted too. Her role while taking part in various military campaigns against enemies of Islam has been described too.

The personal piety of Aisha too can be witnessed by her observance of prayers and fasting. For her the example of Prophet Muhammad (pbuh) was the code of conduct for life that she tried to adhere strictly. She was always ready to forgive her enemies and never believed in revenge. She never stooped low to bear any grudges against those who wronged her. The best example of this conduct can be witnessed when the hypocrites in Medina stirred a tirade of slander against the character of Aisha. When the truth about her untarnished and pristine character was upheld by Allah through revelation, she forgave all those who had been a part of the smear campaign against her.

The role of Aisha in the aftermath of death of Prophet Muhammad (pbuh) became more important because only a few people knew minute details about the personal and private life of Prophet Muhammad (pbuh). Aisha being one of his favorite wives became a primary source of information regarding the life, behavior, conduct and opinions of Prophet Muhammad (pbuh). It is her intimacy with Prophet Muhammad (pbuh) that the other Muslims and even companions of the Prophet used to visit her and enquire from her about various issues. She thus assumed the status of having encyclopedic knowledge related to Islam and other issues. She thus contributed positively to the fields of exegesis, Hadith literature, jurisprudence, theology. Her contribution to the Hadith literature is immense, but that doesn’t underestimate her contribution to other related branches of knowledge. She was wise and quite eloquent when it came to literature, poetry and oratory. She had certain expertise in medicine too. The book describes her as a teacher too, who had a permanent lot of students who learnt from her. Regarding trifling and contending issues her views were always balanced, factual and positive. She left an indelible impact on the transmission of knowledge among Muslims.

The book towards the end also carries two chapters that deal with the relation of Ali with Aisha, and author nicely describes that they had cordial relations and respect for each other, during the battle of camel as well as in its aftermath. This brings forth the fact that tussle or skirmishes even violence among the Companions of the Prophet Muhammad (pbuh) had a different connotations that can’t be presumed on present conflicts. Also one of the contending issues related to the life of Aisha is her age at the time of marriage with Prophet Muhammad (pbuh). The author through deep analysis has very well described that she was not nine years old when she was married to Prophet.

Overall the book is a nice addition to the contribution of the life and legacy of Aisha to Islam. The book is a compulsory read for all those who want to know more about the contribution of Aisha, but it isn’t without its flaws. Little has been described about the death of Aisha. There is a theory that she died as a result of conspiracy hatched against her. The author is silent about the same! Also on Page 155 the author gives a misleading title of “The Caliphate of Mauwiya”. None of the Muslim scholars consider mauwiya as caliph and his rule was monarchy not Caliphate. But despite all these flaws the book is a nice and welcome read.

M.H.A.Sikander is Writer-Activist based in Srinagar, Kashmir,