Public Intellectuals Are A Rare Breed In Muslim Societies

1.    The Muslim world has its own share of public intellectuals who find it very difficult to play such a role in their own societies.

2.     Eqbal was unlike other secularists who held religion to be the epitome of all vice. 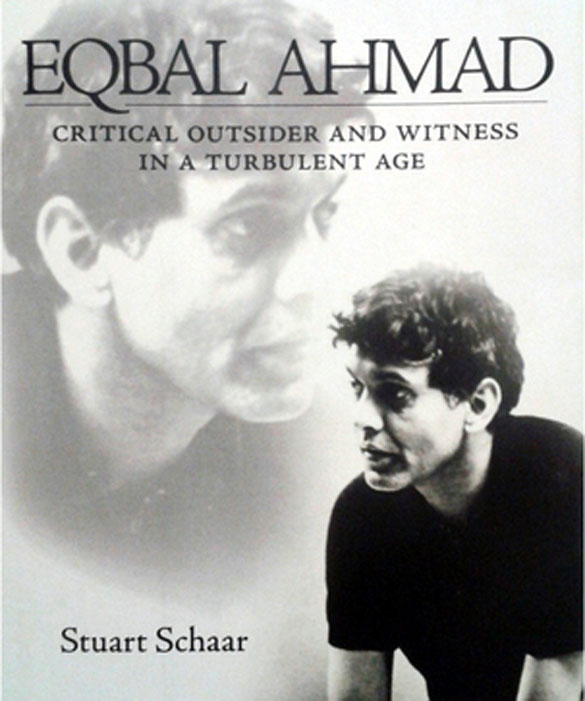 Public intellectuals are essential to understand and analyse the issues that have strong impact on our lives. They have the intriguing grit to stand for truth, insight to understand the factual reality of the matter, indomitable spirit of educating the masses and building a public movement. They are a rare breed of people whose existence is not welcomed by the ruling regimes, exploitative corporations and religious bigots. The Muslim world has its own share of public intellectuals who find it very difficult to play such a role in their own societies. The ruling regimes threaten them of jail and the ignorant mullah of hell for their extraordinary beliefs and convictions. The book traces the trajectory of life of one such public intellectual, Eqbal Ahmad. The book written by his friend, Stuart Schaar on Eqbal’s life can qualify for an academic biography. In his Introduction, Schaar writes about the predictions and analysis of Eqbal about Afghanistan, Iraq, role of United States in world politics, insurgencies, cold war and Arab Spring. Eqbal was based in the First world but he was grounded in the Third world, “he reached maturity outside the frameworks of Pakistan’s social and political constraints, his place on the margins of different worlds freed him from the traps that surround those who work and live locally. He therefore approached the world with different assumptions than others. There lay his originality” (P-8). This originality made him take up unpopular causes, and being an anti war activist in 1960-80s he was indicted in court cases too.

Eqbal had a turbulent childhood, his father was murdered in front of his eyes and it did impact him certainly. He also did join the fighting in Kashmir in 1947 against India. He later became influenced by communists but they could not call him their own, because  he was critical of their policies and further he disliked Leninism for its limited tolerance of dissidents. He was critical of the leftists when they supported dictators like Castro, Saddam or initiated or supported armed rebellions without mass support. Eqbal studied Tunisian labour movement, researched about it and it impacted him during his early developmental phase of life. “His positions often grated ideologues on the left who sometimes publicly broke with him because the most dogmatic among them expected him to toe a party line or the one in vogue at any given moment. Eqbal refused to do so, recognizing that each crisis had particular contours that led to varied solutions. At times, he ended contacts with former allies and friends over ideological issues or over strategy and tactics. He was never afraid to voice his opinions and did so with great conviction” (P-58). It is because of this conviction that he was disillusioned with the Peace movement after the end of Vietnam war as the movement was silent on the invasion of Lebanon and Bosnia.

Eqbal was unlike other secularists who held religion to be the epitome of all vice. He campaigned for progressive Islam and social democracy in Muslim states, barring the communal, exclusivist moorings of religious elites, as he “believed that any major social and political transformation involving Muslim society had to include an important Islamic component, for the soul of the people lay within it. He also saw Islam as the link that tied communities together. He believed strongly in a progressive Islam, a little understood concept in the West and equally misunderstood in the Muslim world. Most left-leaning Muslims with whom he dealt had cut themselves off from their culture and had no idea that a progressive tradition existed at all with Islam. As secularists, most of them distrusted anything having to do with religion. Having studied Islamic history, Eqbal could stand on his own in debates on the subject” (P-94).

Eqbal being the child of partition, having witnessed the havoc that partition of Indian subcontinent brought with it, held the firm belief that partition did not solve problems, so he was against the two state solution for Palestine problem. “He thought that if the Palestinians created a separate independent state alongside Israel, it would become another “Zionist” state, exclusive and racist, with a large role for religion need to help define its identity. He thought that one Zionist state in the Middle East was enough. Instead he envisioned the Israelis  and Palestinians sitting down and negotiating a solution based not on the principle of land for peace, but rather on respect of differences. He really thought that a binational state could work there” (P-118-119). He was also a votary against armed struggle as a means for liberation.

Eqbal further spoke, wrote and actively participated in making Indo-Pak friendship a lived reality by organizing civil society visits and meetings. He was a nuclear non proliferation activist, spoke vehemently on Kashmir dispute. His expertise certainly was in his understanding of U.S foreign policy and how it resulted in the spread of terrorism as a blowback to these policies. As a native Pakistani who wished to contribute to his society, in the form of Khaldunia university project that was stalled by the late Benazir Bhutto and Eqbal also failed to find rich funders for his university project that was never realized.

This book certainly is an essential read to understand the intellectual prowess and legacy of one of the great minds of our times. His analysis of various issues, including terrorism and U.S foreign policy are still relevant. Schaar has done a marvellous job of documenting the life and works of an intellectual stalwart who could see ahead of his times.

M.H.A. Sikander is Writer-Activist based in Srinagar, Kashmir,