Revisiting the Taliban in Frontier Pakistan

1.    The Highlights to be utilized for the review are as follows

2.    The mainstream educational institutions have been alleged to be citadels of everything vice by its enemies who espouse different worldview

3.    The turbulent period 2006-2010 witnessed the growth of Tehreek e Taliban Pakistan (TTP), its commanders and impact in the area was witnessing a boom

4.    The views of Muslim modernists were too revolutionary for reactionary Muslim scholars to adopt at or even to help them take a sympathetic look 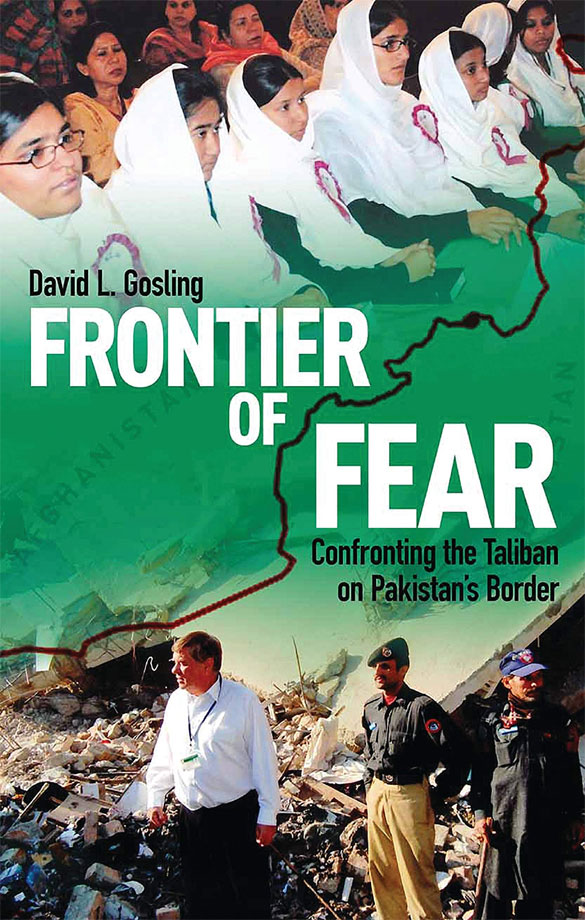 Frontier of Fear: Confronting the Taliban on Pakistan’s Border

Education in an environment of violence is full of challenges. When violence is raging all around the education becomes the first casualty. The tragedy with education becomes multi-dimensional and complex when the violence is ideologically driven. The educational institutions have become the target of those who are ideologically opposed to the worldview that mainstream education is promoting and reinforcing. The mainstream educational institutions have been alleged to be citadels of everything vice by its enemies who espouse different worldview. The roots of this antagonism can be traced back to colonialism. The colonial onslaught against the Muslim lands reinforced the educational apathy among Muslims. The colonial powers brought with themselves new model of education completely replacing the old one.

This new model was based on the secular principles of division between the transcendental and temporal. It resulted in a new crisis among Muslims. Muslims had never experienced the divide between secular and religious, hence this change retrograded them to their lowest abysmal conditions. This crisis generated two types of responses among colonized Muslim lands. One school of thought was for embracing the educational model of colonial masters while the other one was demanding a total boycott and resistance against this model. The tussle continued and still continues in most parts of the Muslim world.

Muslims too embraced the model of colonial division of education in secular and religious. The traditional schools or the madrasas became the bastions of the religious education while the schools, colleges and universities spearheaded the secular education. These two institutions didn’t let the influence of each other to impact over them by trying to reinforce water tight compartmentalization and polarization that makes any kind of interdependence impossible. Thus Muslim society has been divided into two by the non-overlapping systems of education. The distance among the cadres of these systems of education is becoming difficult to breach with each passing day.

David L Gosling served as a Principal of Edwardes College, a prestigious higher education college in Peshawar, provincial capital of Khyber-Pakhtunkhwa (formerly known as North Western Frontier Province) in Pakistan from 2006-2010. This period was one of the most turbulent times when Tehreek e Taliban Pakistan (TTP) was gaining its foothold in the region. Since then it has carried numerous terrorist activities within Pakistan including targeting educational institutions and massacring innocent school children. The book Frontier of Fear: Confronting the Taliban on Pakistan’s Border complements as a memoir instead of some counter insurgency book as the name suggests. It documents the journey of a Principal of a college and the challenges he faced in keeping the institution running despite numerous problems and threats.

The book opens with a history of Edwardes College in Peshawar and the events around it. It goes on to document the admission process in this prestigious institution, the local influence that is being protracted to secure admissions and the college administration that comprises of locals too. It further describes the college life, its activities that include teaching and extracurricular ones too. David as an outsider tries to present an objective view of the local ethos and social milieu but when he writes about the college his description needs to be taken with a pinch of salt.

The turbulent period 2006-2010 witnessed the growth of Tehreek e Taliban Pakistan (TTP), its commanders and impact in the area was witnessing a boom. On the other hand the terror of drones, their attacks and civilian casualties were proving counterproductive in fighting against TTP. David caught between devil and deep sea had to struggle to keep the institution both safe and functioning. The controversial issue of coeducation in a patriarchal society of Peshawar was another challenge, though Edwardes has a history of coeducation. But now with TTP gaining more influence, death threats were issued against David for not allowing boys to pray on Fridays and participation of girl students in various activities. The local Islamic scholars were silent about the issue of coeducation and Islam. These threats of banning coeducation though were not successful but certainly it led to dropping of the idea of establishing a girl’s hostel because that would be an easy target for terrorists.

David also has a deep insight about Islam and Muslim modernists like Sir Syed Ahmad Khan and Sir Muhammad Iqbal and their views about education. Their educational policy certainly was the embodiment of institution of Ijtihad. When Muslims forgot and abhorred that spirit by closing the gates of Ijtihad, the result was in the stagnation of knowledge. The essence of education is learning new things and discovering new areas that will further pave way towards knowledge creation and building. When Muslims abandoned the spirit of enquiry, pondering and above all Ijtihad, other people ventured in these areas leaving the Muslim body of knowledge stagnant. It still is stagnant though a few ripples have been created and fissures on the door of Ijtihad are evident too. The views of Muslim modernists were too revolutionary for reactionary Muslim scholars to adopt at or even to help them take a sympathetic look. Despite David espousing such Muslim stalwarts it had little impact on the local leaders or decision makers that could lead to a change of heart.

David also mentions about the Christian minority of Pakistan and its contribution particularly to the educational empowerment of Pakistani society. The siphoning off of college funds that led to a big scandal, tussle among the church authorities on controlling the college administration has also found its place in the book. At last David also offers a solution about the crisis and violence in the Khyber-Pakhtunkhwa province by stating that education and removal of army from the province will lead to long lasting peace. Overall the book is an essential addition to the area studies and particularly about the need of education in combating terrorism. The challenge violence offers to educational institutions, the grit to keep them functioning amidst threats makes this book a serious memoir.