Afghanistan at the Crossroads

Taliban and the Future of Afghanistan

1.    U.S tried every tactic to annihilate the Taliban but after more than a decade of relentless war against them, Taliban has survived.

2.    The main theme that has been emphasized by all authors is the inevitability of negotiations for ending the war in Afghanistan and impediments in carrying out the negotiations.

3.    Afghans need to introspect and first of all initiate an Intra Afghan Dialogue and Negotiation process that will lead to reconciliation among various factions. 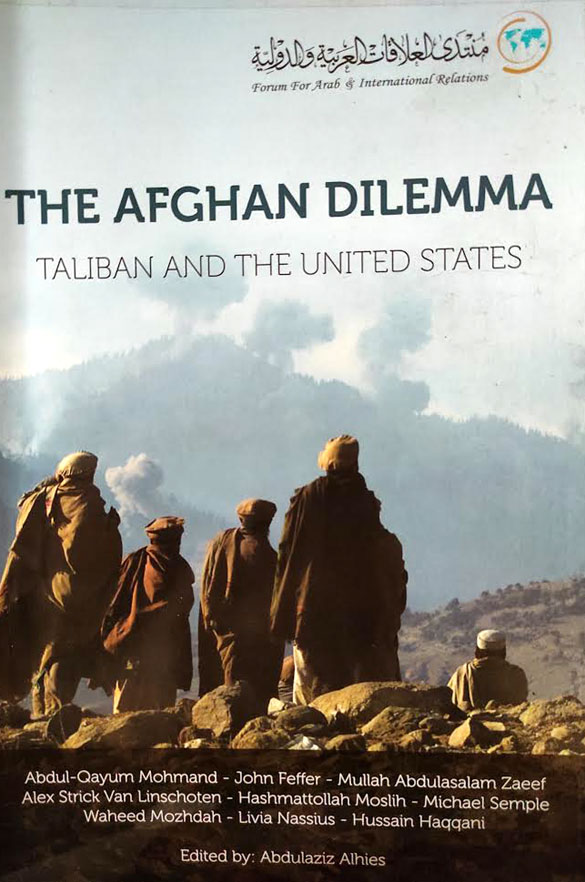 The Afghan Dilemma: Taliban and the United States

Afghanistan has been described as the graveyard of Empires by various historians. The resilience and resistance depicted by Afghans in face of occupation by various powers has been tremendous. The first human casualty of 9/11 attacks was Afghanistan, its natives and the regime led by Taliban. Since last one decade U.S troops have been occupying Afghanistan, the dislodged Taliban are out power but not shunted out as stakeholders of Afghan future. U.S tried every tactic to annihilate the Taliban but after more than a decade of relentless war against them, Taliban has survived. Now U.S has been coerced to accept Taliban as a party to the conflict and chalk out a future course taking them onboard.

The present book under review is a collection of nine papers written by various scholars and policy makers who are also keen observers of Afghan Affairs and politics. The relationship between Taliban and United States is the theme to which all the authors have tried to respond. In his Introduction to the collection, editor Abdulaziz Alhies depicts the need about Taliban to be more pragmatic, “Taliban needs to change its triumphalist thinking and to stop viewing the impending withdrawal of NATO and ISAF forces as a vindication of its isolationist discourse and regressive policies, towards other Afghan groups in particular and the political world at large” (P-13). Further he describes the competition between Qatar and Saudi Arabia to play part in negotiations with Taliban.

John Feffer in his paper titled, “US Policy toward the Taliban after the 2012 Elections” emphasizes the need for changing war strategy to peace strategy. The need to have real negotiations instead of staging them that end up in photo sessions with no real change on ground. He further depicts the need to have intra afghan dialogue because Afghan society is not a monolith, but cautions the U.S and other powers not to meddle with internal Afghan problems.

Hashmattollah Moslih paper, “War and Peace in Afghanistan: A Tajik view” is one of the best papers of the book that describes the niceties of the Afghan politics. Moslih laments the wrong portrayal of Afghanistan due to lack of knowledge about its internal dynamics, “Governments, for political reasons, have tried to portray a culturally homogenous and politically united image of the country; the truth is far from it. Afghanistan is neither culturally homogeneous nor politically united, in fact, it is a mosaic of cultures, ethnicities and tribes, and above all, it is a country of minorities. There is no single ethnic or tribal majority. Lack of appreciation of this fact, by various governments and political parties, means that for much of its modern history, Afghanistan has been in political turmoil. Successive governments have tried to engineer a false reality of Afghanistan. Failure is the result. In short, the war in Afghanistan centers on identity. Different ethnic and religious groups, tribes and political denominations, have tried to build an Afghanistan in their image, which has often been at the expense of others” (P-77). He is dissatisfied with surmises about future of Tajiks and Afghanistan, “The evidence suggests that while the Taliban are being cleansed from Al Qaida, the Afghan government is purging itself from the top Northern Alliance leaders and commanders that once constituted the backbone of the resistance against the Pakistani backed Taliban. If this trend continues, a Washington friendly, Pakistani backed, Pushtun controlled Afghanistan will be born on top of the ashes of all the Northern Alliance mujahidin who fought for equality and justice for all ethnicities and tribes under the banner of Islam. If this occurs, Islam will be reduced to the length of men’s beards and extended to length of women’s chador” (P-92).

“Challenges in the Afghan Peace Process: Insights from the Irish Experience” is the title of Michael Semple’s paper, that draws a comparison between Afghan and Irish conflict. Qatar as mediator for Afghan conflict and partition of Afghanistan for its resources is taken up in another paper. The unmanned drones as killer machines have been used extensively in Afghanistan. The use of drones that have been defining war in Afghanistan is the title of Livia Nassius and Mark Levine’s paper “Targeted Killings and the Temptation of Drone Technology: A Strategic and Political Debacle”. Drone has been the new face of modern war.

Hussain Haqqani as a Pakistani diplomat is not optimistic of better U.S-Pakistan relations in future as is evident from his paper, “Breaking up is not hard to do: Why the US-Pakistan Alliance isn’t worth the Trouble”. He depicts the military and economic relations between U.S and Pakistan, its prospects and pitfalls. He further describes the uneasy relationship of Afghans and Pakistan and the role of U.S in the same.

The main theme that has been emphasized by all authors is the inevitability of negotiations for ending the war in Afghanistan and impediments in carrying out the negotiations. United States since long has ignored the real stakeholders in Afghan affairs and failed to hold negotiations with each major section and ethnicity of the Afghan society. This incumbency has resulted in fractured and breakdown of negotiations and peace process. Now with the role of U.S diminishing in the Afghan affairs, the Afghans need to introspect and first of all initiate an Intra Afghan Dialogue and Negotiation process that will lead to reconciliation among various factions. Similarly the negotiations for power and governance should result in equal representation of all stakeholders, otherwise the result can be horrific civil war as witnessed previously from 1990-1996 when USSR left Afghanistan.

The book is an important contribution about the present state of Afghan affairs and helps one understand the need, dilemma, dichotomy and even shortcomings of negotiations as a tool of conflict resolution.