The Trial of Dara Shikoh

Dara's trial by the Qazis was a mockery of justice; an absolute sham! But I (Mubarak Ali the fictitious narrator of the story) was not surprised. The Qazis all knew that the patronage of the emperor was important for their power. Four mullahs, all dressed in black robes, with a few nobles and family members in attendance assembled in the Diwani-i-Khas, at the Red Fort in Dilli, to debate the matter and pronounce their judgment. To further humiliate him, they stripped Dara to the waist like a common slave. 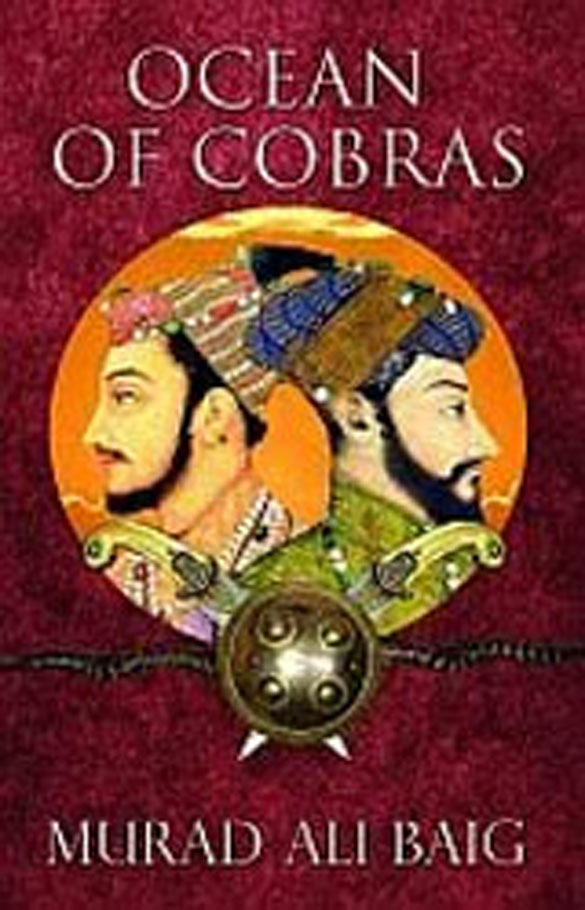 We all knew that the mullahs would give a verdict they thought would ensure the emperor's patronage. The first Qazi asked Dara to hand him the jade thumb ring that was still on his left hand. He examined it slowly and asked, "This green stone is inscribed with the words 'Allah' on one side and 'Prabhu' on the other. Does this mean that you consider this Hindu god to be equal to our Muslim Allah?"

Dara raised his head and answered, "Honorable clerics, the creator is known by many names. He is called God, Allah, Prabhu, Jehova, Ahura Mazda and many more names by devout people in many different lands."

"So you are saying that the Allah worshipped by Muslims is no different than the Hindu Prabhu!"

"Yes, I believe that Allah is the god of all people of the world who simply call them by different names. I believe that there is only one great cosmic creator even if people have different places of worship and revere God in many different ways.''

A second Qazi asked, "Will you deny that it was under your personal orders that a group of Brahmin scholars translated Hindu holy books like the Upanishads and the Bhagavat Gita into Persian?"

Dara replied, "No, your honour I did indeed commission these translations."

The Qazi angrily retorted, "So you are equating Hindu doctrines with the holy words of Islam?"

"Only in essence, your honour. I have however said that the outward forms are very different. My studies have led me to most sincerely believe that there are many great pearls of wisdom in the scriptures of every religion. You will surely recall that it is written in our own Quran that the merciful Allah had sent one hundred and twenty four thousand messengers to show all the people of the world the way of righteousness. I believe that Allah's messengers carrying his messengers had been sent not only to Muslims but to all the people of the world in every age. I believe that people have a pious duty to try to seek out these messages that have become obscured by the confusion of languages and ignorant interpretations of narrow minded priests of every faith."

A third Qazi now asked, "Is it correct that the Sikh faith has its roots both in Islam and Hinduism?"

Dara replied, "It would appear so, your honour, as the Sikhs have deep respect for both religions." He added… "Your honour I know that some Sikhs are fighting a violent political war over land and taxes with the officers of our empire but I do not believe that there is anything of a religious nature in this purely political dispute."

The Qazi quickly continued, "Has this Nanak not also said, "The Qazis sit in the courts to minister justice with a rosary in one hand and the name of God on their lips but commit injustice if the other hand does not receive a tribute of gold, and that if someone challenges them they seek refuge in the pages of their scriptures?"

Dara quietly said, "What you quote is possible. It is well known that the hypocrisy of many clerics of every religion does not always go hand in hand with the spirituality that they profess."

One of the Qazis now angrily added, "But you have yourself condemned and mocked the Mullahs and clerics of your own religion… not once but on many occasions."

Dara paused and then slowly replied, "Honoured clerics, may I respectfully ask where in the holy Quran does it say that the Mullah's and Qazis' are to be honoured? Verily their names are not even mentioned. You are aware that the prophet had never wanted Islam to have any priests. You will recall that our sacred book very clearly says… "many are the clerics and monks who defraud men of their possessions and debar them from the path of God." The Quran states... "all prophets and saints had suffered torment because of narrow minded priests." Yes, learned clerics, I have indeed spoken out against the priests, but I have not spoken against the priests of Islam but of all religions who claim that they are the only representatives of God. Where in our scriptures is there any authority that gives Mullahs, Maulvis and Imams the right to represent Allah."

Some of the nobles in the gallery now began to shout in anger, while others looked at each other and then joined the discussions that quickly became loud and confused as they jostled with clever words to show themselves to be enemies of Dara until the shrill voice of princess Roshanara silenced them all from behind the red stone screen screaming... "Enough of this nonsense! Why do we have to listen to all this heresy? Punish the heretic as a warning to all."

Dara was led away and a few hours later Aurangzeb, who had kept studiously aloof from the deliberations, studied the judgment when it was presented to him. There was not the faintest flicker of expression on his face as he casually signed the order for execution.