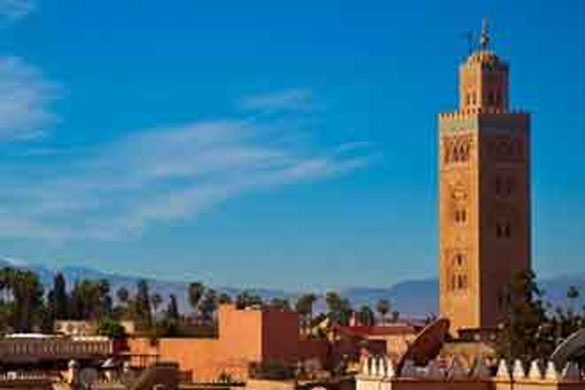 For years, Texas megachurch pastor Bob Roberts has been building relationships with Muslims. Last year, after Franklin Graham argued that the US government should ban Muslims from immigrating to America, the NorthWood Church leader joined Muslim leaders in denouncing the comments. In October, he and imam Muhammad Magid hosted the Spreading the Peace Convocation, which was attended by nearly 200 imams and evangelical pastors.

This week, Roberts traveled to Marrakesh, Morocco, alongside more than 250 Muslim religious leaders, heads of state, and scholars, for a groundbreaking summit. On Wednesday, the Muslim leaders released the Marrakesh Declaration: a 750-word document calling for religious freedom for non-Muslims in majority-Muslim countries [full text below].

“I’m blown away,” Roberts told CT from Morocco. “This is a Muslim conference put together by the top sheiks, ministers of religion, the grand muftis of the top Muslim majority nations, and they came up with a declaration, literally using the language of religious freedom to declare that violence cannot be done in the name of Islam.” 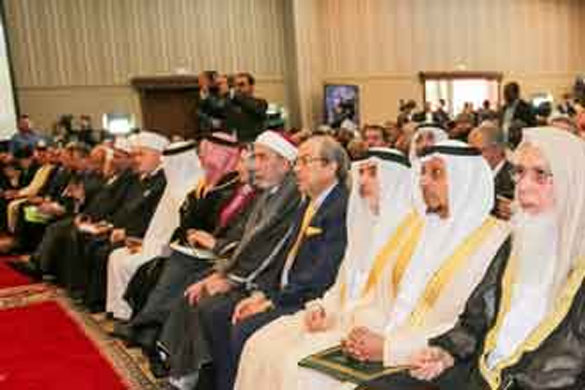 Led by 80-year-old United Arab Emirates sheik Abdallah Bin Bayyah, who leads the Forum for Promoting Peace in Muslim Societies, and sponsored by the government of Morocco, the summit looked to Muhammad’s Charter of Medina when drafting the declaration. From the seventh century, the document gives instructions for governing a religious pluralistic state, and was issued shortly after Muhammad arrived in Medina.

In particular, the declaration references the charter’s “principles of constitutional contractual citizenship” and “freedom of movement, property ownership, mutual solidarity and defense, as well as principles of justice and equality before the law,” in regards to Muslims and non-Muslims.

“The objectives of the Charter of Medina provide a suitable framework for national constitutions in countries with Muslim majorities, and the United Nations Charter and related documents, such as the Universal Declaration of Human Rights, are in harmony with the Charter of Medina, including consideration for public order,” states the Marrakesh Declaration. 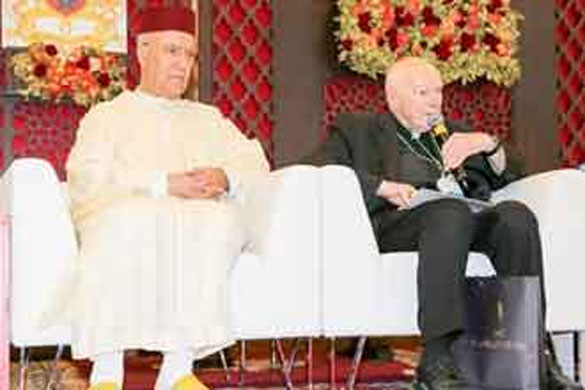 “[We] call upon the various religious groups bound by the same national fabric to address their mutual state of selective amnesia that blocks memories of centuries of joint and shared living on the same land,” it states. “We call upon them to rebuild the past by reviving this tradition of conviviality, and restoring our shared trust that has been eroded by extremists using acts of terror and aggression.”

The declaration does not make exemptions for religious freedom on behalf of blasphemy, and does not ban apostasy, said Roberts. (Critics of blasphemy laws like Pakistan's argue the laws are primarily used for petty vendettas and persecuting minority groups.)

Other evangelicals that attended included Rick Love, the president of the Denver-based Peace Catalyst International, and Travis Wussow, who directs international justice and religious freedom at the Southern Baptist Convention’s Ethics and Religious Liberty Commission. 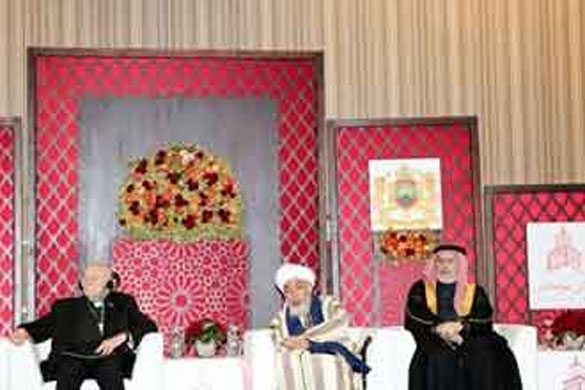 Violent Islamist extremism was responsible for hundreds of Christian deaths in 2015, stated Open Doors, "with its rise being the lead generator of persecution for 35 out of the 50 nations" on its 2016 World Watch List (WWL). "Its two hubs are in the Middle East and sub-Saharan Africa, regions where persecution has risen to a level akin to ethnic cleansing."

"Governments became more fearful of Islamic extremism and responded by either (a) boosting nationalism as a counter-force or (b) tightening regulations and increasing surveillance over all religious expression," stated the WWL report. In addition, "Muslims throughout the world are becoming more Islamic out of fear that extremists may take over their areas and that [ISIS] sleeper cells may wake."

And as organizations such as ISIS, Boko Haram, and al-Shabaab push out existing governmental structures, the lack of organized law enforcement leads to "minorities suffering at the hands of violent groups," stated the report.

Roberts, whom CT interviewed on his "glocal" church movement, and others tweeted highlights of the conference under #Marrakesh2016.

In the Name of God, the All-Merciful, the All-Compassionate

WHEREAS, conditions in various parts of the Muslim World have deteriorated dangerously due to the use of violence and armed struggle as a tool for settling conflicts and imposing one's point of view;

WHEREAS, this situation has also weakened the authority of legitimate governments and enabled criminal groups to issue edicts attributed to Islam, but which, in fact, alarmingly distort its fundamental principles and goals in ways that have seriously harmed the population as a whole;

WHEREAS, this year marks the 1,400th anniversary of the Charter of Medina, a constitutional contract between the Prophet Muhammad, God's peace and blessings be upon him, and the people of Medina, which guaranteed the religious liberty of all, regardless of faith;

WHEREAS, hundreds of Muslim scholars and intellectuals from over 120 countries, along with representatives of Islamic and international organizations, as well as leaders from diverse religious groups and nationalities, gathered in Marrakesh on this date to reaffirm the principles of the Charter of Medina at a major conference;

WHEREAS, this conference was held under the auspices of His Majesty, King Mohammed VI of Morocco, and organized jointly by the Ministry of Endowment and Islamic Affairs in the Kingdom of Morocco and the Forum for Promoting Peace in Muslim Societies based in the United Arab Emirates;

AND NOTING the gravity of this situation afflicting Muslims as well as peoples of other faiths throughout the world, and after thorough deliberation and discussion, the convened Muslim scholars and intellectuals:

DECLARE HEREBY our firm commitment to the principles articulated in the Charter of Medina, whose provisions contained a number of the principles of constitutional contractual citizenship, such as freedom of movement, property ownership, mutual solidarity and defense, as well as principles of justice and equality before the law; and that,

The objectives of the Charter of Medina provide a suitable framework for national constitutions in countries with Muslim majorities, and the United Nations Charter and related documents, such as the Universal Declaration of Human Rights, are in harmony with the Charter of Medina, including consideration for public order.

NOTING FURTHER that deep reflection upon the various crises afflicting humanity underscores the inevitable and urgent need for cooperation among all religious groups, we

BASED ON ALL OF THE ABOVE, we hereby: Call upon Muslim scholars and intellectuals around the world to develop a jurisprudence of the concept of "citizenship" which is inclusive of diverse groups. Such jurisprudence shall be rooted in Islamic tradition and principles and mindful of global changes.

Urge Muslim educational institutions and authorities to conduct a courageous review of educational curricula that addresses honestly and effectively any material that instigates aggression and extremism, leads to war and chaos, and results in the destruction of our shared societies;

Call upon politicians and decision makers to take the political and legal steps necessary to establish a constitutional contractual relationship among its citizens, and to support all formulations and initiatives that aim to fortify relations and understanding among the various religious groups in the Muslim World;

Call upon the educated, artistic, and creative members of our societies, as well as organizations of civil society, to establish a broad movement for the just treatment of religious minorites in Muslim countries and to raise awareness as to their rights, and to work together to ensure the success of these efforts.

Call upon the various religious groups bound by the same national fabric to address their mutual state of selective amnesia that blocks memories of centuries of joint and shared living on the same land; we call upon them to rebuild the past by reviving this tradition of conviviality, and restoring our shared trust that has been eroded by extremists using acts of terror and aggression;

Call upon representatives of the various religions, sects and denominations to confront all forms of religious bigotry, villification, and denegration of what people hold sacred, as well as all speech that promote hatred and bigotry;

AND FINALLY, AFFIRM that it is unconscionable to employ religion for the purpose of aggressing upon the rights of religious minorities in Muslim countries.