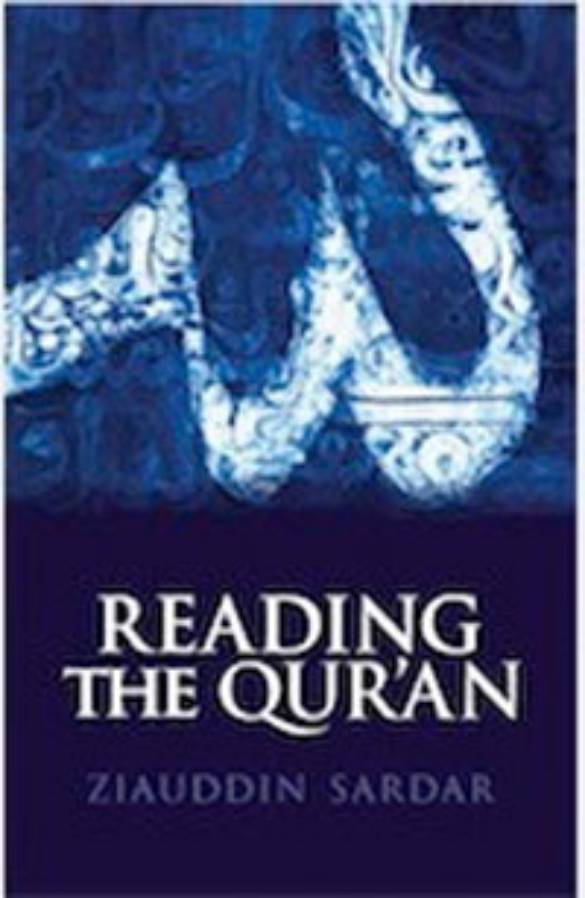 Reading the Qur'an By Ziauddin Sardar

In the summer of 2002, responding to the 9/11 atrocity, the University of North Carolina at Chapel Hill made a selection of verses from the Qur'an a mandatory text for new students. A conservative forum called the Family Policy Network then sued the University for violating the US constitution by forcing "incoming freshmen and transfer students to study Islam against their will". Although the university eventually won in court (after conceding an opt-out which very few students took up), in the resulting furore TV commentators across the US compared the Qur'an to Hitler's Mein Kampf. The same charge has been made by the Dutch MP Geert Wilders, who has called for the book to be banned. As Ziauddin Sardar explains in his preface, what the Qur'an actually says is shrouded in veils of assumptions and received opinions: among Muslims the text is invoked to support directly contradictory positions. A majority insists it is a book of peace, while extremists use it to legitimise mass murder.

In today's climate, few books are more deserving of study. As Harold Bloom, the veteran literary critic, has remarked, "ignorance of the Qur'an is foolish and increasingly dangerous". For people wise enough to heed Bloom's warning, Sardar's book – an extended meditation built around the Qur'an's first two chapters – is a good place to start.

No one would claim that the Qur'an is an easy text, even in translation. At first reading, the western reader familiar with biblical narratives may be inclined to agree with Thomas Carlyle on reading George Sale's English translation of 1734 that the book is a "wearisome confused jumble, crude, incondite; endless iterations, long-windedness, entanglement . . . insupportable stupidity, in short!" Modern readers of English fortunately have the advantage of the fine poetic rendering by the Palestinian scholar Tarif Khalidi, published by Penguin, and the scholarly translation with commentary by Muhammad Asad, an Austrian convert who lived for many years in Saudi Arabia and made a special study of the Hijazi dialect, which he saw as essential to understanding the Qur'an's often obscure locutions.

Sardar, an Urdu speaker who brings a useful south Asian perspective to his study, makes use of both these translations, along with a new version by the classically trained Egyptian scholar Muhammad Abdel-Haleem as well as older, long-established versions by the Cambridge scholar AJ Arberry, the British convert Marmaduke Pickthall and the Indian Abdullah Yusuf Ali (1872-1953) whose translation and commentary, censored in places to accommodate the kingdom's prejudices, is one of the most widely distributed, thanks to Saudi munificence.

For Sardar, the Qur'an is above all an "open" book, a spiritual and moral resource that, properly understood, provides Muslims with useful guidance through the complexities of modern life. He notes that "human perversity as well as ignorance can turn what is open and available to all into intricate, complicated means to divide people". Instead of divine consciousness and guidance being the moral principles which bring people together, it becomes the embodiment of the most irreducible differences. The Qur'an should be seen as a "training manual for human nature". Submitting ourselves to its wisdom, he insists, "should mean testing and interrogating all our ideas and experiences afresh". Muslims, he argues, must "teach themselves to read the Qur'an liberated from the weight of tradition and classical commentaries". Divine revelation demands that "we constantly think outside the box of our earthly concerns by keeping in mind the intersection of time and timelessness".

Writing as "Every Muslim" with a deep love of a text he learned at his mother's knee, Sardar rises to this challenge, wrestling with problematic passages that would seem to run counter to his generally progressive and enlightened outlook. An example is the seemingly patronising or misogynistic passage stating that the testimony of one man is worth that of two women in certain legal proceedings – a rubric that has made it virtually impossible for a woman in some Muslim countries to bring an accusation of rape against a man without herself incurring a charge of zina or sexual misconduct. Sardar argues that where the specific conditions that determined the circumstances of this revelation – a higher rate of illiteracy or innumeracy among females than males – have changed, the requirement no longer need apply. All that the Qur'an is suggesting is "that different situations require different kinds of witnesses".

He arrives at similar progressive readings on such controversial contemporary issues as homosexuality and the Qur'anic punishment of amputation for theft. The interpretation of specificities must depend on the historic context. In 7th-century Arabia, where Muhammad dictated the revelations "sent down" to him by God, there were no prisons. Today, circumstances are different. On another highly controversial rubric, allowing (or urging) men to beat recalcitrant wives, he follows the Iranian-American translator Laleh Bakhtiar in finding a different meaning – "go away from" – for the word usually translated as "smack" or "strike". This interpretation could even suggest a sensible anger-management approach to domestic strife.

Sardar does not engage with recent revisionist views of early Islamic history suggesting that the Qur'an may have originated in the strophic hymns of Aramaic-speaking Christians in Palestine rather than Arabia. He is to be commended, however, for opening the doors of a text of uncertain origin that, understood comprehensively, celebrates the divine in nature and emphasises social justice, human responsibility and the wholehearted pursuit of knowledge. His efforts to dispose of problematic issues such as intolerance and gender inequality will not satisfy everyone, and there will always be people who will say "why not just ditch the whole business?" But before doing so they should take the trouble to read Sardar's book. At least they would then have some idea of what they would be missing.