Al-Shabaab in Somalia: the History and Ideology of a Militant Islamist Group, 2005 - 2012

Stig Jarle Hansen has written what is undoubtedly the best book on Al-Shabaab - a militant Islamist group based in Somalia - currently available. It has received high praise from international Africa commentators as Gerard Prunier, J.Peter Pham and Christopher Coker. 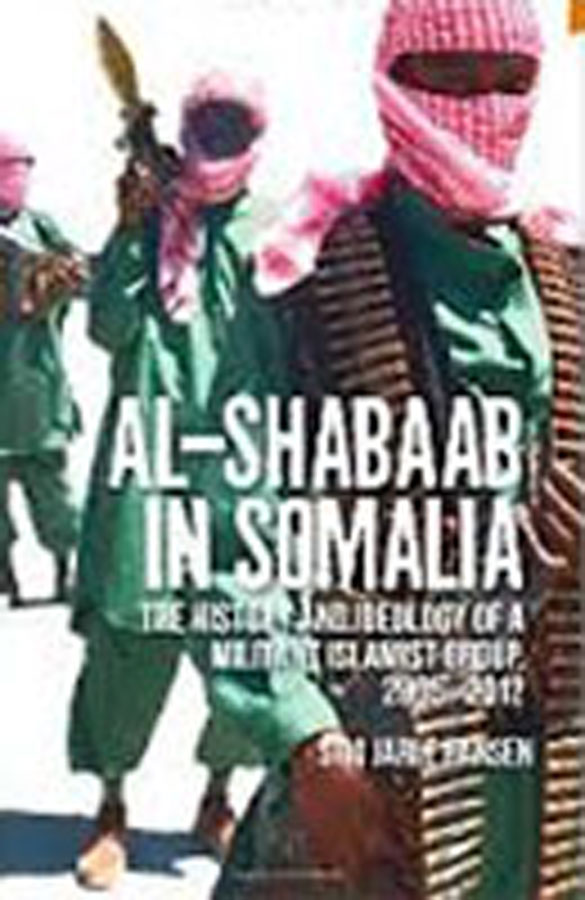 Hansen, a Professor in International Relations based in Norway, clearly had unprecedented access to the movement over years of conducting research in Somalia. The attendant dangers of associated with a westerner seeking to carry out such work in one of the world's most dangers country's makes this study all the more remarkable.

The author himself clearly has little time for "desk-based" commentators, stating that many suffer from the "Nairobi reality problem" - getting most of their information from sources in the Kenyan capital.

In brief, the book examines the development of Al-Shabaab chronologically, in 4 main periods:

2005 - 06: initial formation and development under the Union of Islamic Courts (UIC) which had taken control of the capital, Mogadishu, after years of warlord-led violence.

2007 - 08: The insurgency against Ethiopian occupiers who had taken invaded the country following fears about the nature of the new islamist regime in Mogadishu.

2009 - 10: The Golden Age of Shabaab - following the defeat of the Ethiopian-imposed Transitional Federal Government (TFG) and subsequent territorial control of Southern Somalia.

2010 - the present: The era of troubles - the movement sustains severe territorial losses, but is not eradicated after concerted regional (and international) action including the African Union forces (AMISOM) in Mogadishu and invasions by Kenya/Ethiopia.

One of Hansen's core arguments is that the group cannot be properly understood by focusing on local currents alone "it was very much a product of global currents interacting with local conditions". He neatly sums this up with his description of the Al-Shabaab rank and file which consisted of unemployed Somali youths, "with some nebulous ideas about the global oppression of Islam, but with more important and largely correct ideas about the Sharia Courts and Islam bringing an end to warlords, injustice and terror."

It is a book packed full of detail, which will be of interest particularly to those who follow broad developments in Somali politics. For example, I was particularly surprised to learn that 'Afghan vets' played a significant role in the development of Al-Shabaab. Although not great in number, figures such as Muktar Robow, a former spokesperson for the movement (said to have met with Osama Bin Laden in 2008), were key in developing the ideology and core operational capacity of al-Shabaab, and remain important in this regard.

Another interesting theme is the extent to which Shabaab managed to win support, at least tacit, from the Somali population. The political fragmentation of Mogadishu under warlord rule in the 1990s meant that its citizens and, in particular, the business community, were willing to support any movement that could provide a semblance of law and order in the city. To this end, Shabaab developed relatively successful law enforcement and justice 'division'.

Hansen attributes this ongoing capacity to communicate its core concerns, along with a surprising resilience to latter day defeats, to the fact that the movement's leaders operated around a consistent ideology and had "[well] developed problem solving mechanisms". This has made it "probably made it the most unified actor in southern Somalia" - at least up until 2008/09 - "a factor that was neglected by most observers, except for the Somalis themselves."

Tax was also collected and I found it striking that Hansen was able to list the rates applying to livestock in Kismayo in 2010 (camel - 180,000 shillings, cow - 90,000, goat - 50,000). Other such details of Al-Shabaab's financial operations are also impressive. For example, the author tells us that during the Ethiopian occupation, Shabaab's militias were paid $20 for a hand grenade attack, $30 for killing a soldier and $100 for a road bomb or mortar attack. He notes that this was in a period when the TFG police and army were not paid at all.

Shabaab also developed a sophisticated PR operation, particularly focusing on online media aimed at recruiting Somalis from around the world. However, as Hansen states, the movement's global rhetoric was paradoxical. Local recruitment, by far the most important source of members, was largely from unemployed Somali youth, "hostile to the Ethiopian intervention and with a nationalist/clannist motivation for joining the organisation." Some Somali from the diaspora have joined al-Shabaab, motivated both by "the sense of humiliation driven by Ethiopian human rights violation", but also due to a "a larger ideological framework, seeing the Somali struggle as part of a wider 'Clash of Civilisations' between Islam and the rest".

Whilst Al-Shabaab could not be relied upon to deliver the full benefits of an effective, centralised state, it has given a measure of law and order/justice in areas where there rule was not contested (particularly in the South). It also became the only (self proclaimed) al-Qaeda ally controlling large areas of territory anywhere in the world. It has exported jihadists within Africa (Nigeria, Kenya, Uganda) and as Hansen states, "contributed to an African momentum for jihad" perhaps now most evident in Nigeria and Mali.

Predictions of Al Shabaab's collapse have occurred frequently since 2008 but, despite notable set-backs, it has survived - its leaders "tied together by old memories and ideological perceptions". Stig Hansen's book is an essential tool for those wishing to understand what the future might hold for "one of Somalia's most efficient political organisations of the last 20 years."