Growing Up with a Muslim Name, These Are Stories I Recognise 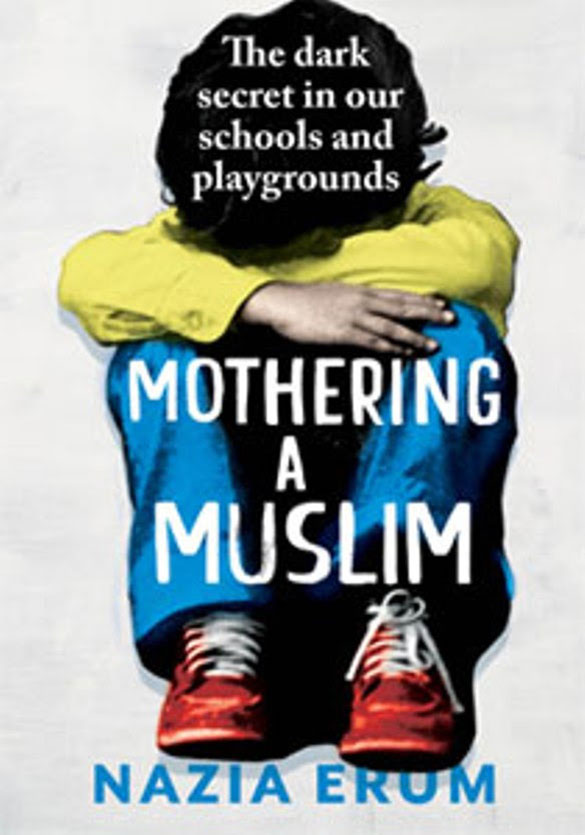 Having grown up with a Muslim name in New Delhi, the stories in Nazia Erum’s Mothering a Muslim: The Dar Secret in Our Schools and Playgrounds did not surprise me. Incidents of Islamophobia are common and – for those of us who are targeted by them – easy to recognise. The biggest accomplishment of Erum’s book, therefore, has been to document these stories for those who would not as easily have noticed, or even imagined, their existence. As she puts it herself, she has begun to fill a large gap in Indian literature.

Not only has she called attention to this particular variety of prejudice, her research also suggests that the problem is widespread and makes clear that it applies to elite schools and children as well. I have myself attended one of the schools that is flagged in the book and I can say from personal experience that the matter has not in any terms been exaggerated. The stories she tells are moving and powerful and for those of us who can relate to them, they hit close to home.

Essentially, Erum walks us through the many dimensions of Islamophobic bullying by addressing the institutional, psychological, and familial manifestations of the incidents she has written about. For instance, when discussing an incident where a Muslim boy is accused by a fellow classmate of having something to do with a terrorist attack, Erum talks about the silence of the teacher, the fear of the young boy, and the recognition of the parents that the mood in schools has changed since the 2014 elections (p. 17).

This incident, as others, also highlights an issue not often recognised, i.e. the lack of representation of Muslims in schools, especially the elite schools of Delhi. Not only are there very few Muslim students in them, there are also very few Muslim teachers. This exacerbates the problem as children don’t have fellow students to share their stories with and parents find it difficult to approach these institutions as members of the minority community.

In some cases the institutions themselves promote segregation. For instance, the schools of Bhopal, described in one of the examples in the book, offer Sanskrit and Urdu to students and they divide up sections based on the chosen language. Inevitably, the Muslim students take Urdu and the non-Muslim students take Sanskrit.

Erum reports that in these schools, the Urdu sections are associated with “trouble maker students” and “non-scorers. For this reason, Ahmed Sameer wanted to be in the Sanskrit section.  On his very first day when the teacher began to take attendance in the familiar rhythm of the Indian roll call, she stopped at his name. Her rhythm was broken and she said, “Ahmed, you’re in the Sanskrit section?”. When he replied saying yes, she said “Ok good…very good”. As Erum says, “The teacher had signalled her approval of Sameer’s decision, but her pause in the middle of the roll call was an even bigger signal.  The point was driven home – Sameer was an outsider, not like the rest of the batch. And this he would be reminded of time and again”.

Fortunately, Erum has also provided a variety of helpful suggestions for schools in order to help them combat the problems she identifies. The solutions range from simply “being positive” and having a “zero tolerance policy” to “actively checking faith coding” and creating “diversity leaders” to report incidents of discrimination.

While Erum does talk about the impact of the 2014 elections on Islamophobia in playgrounds and she even mentions a study conducted in the United States relating to the increase in discriminatory bullying due to “Trump Talk”, her book can still be seen as staying mostly in the realm of the personal, rather than the political, in terms of the language she uses and the frame of analysis she applies.

To emphasise the political is, in my opinion, critical in times like these –where words are almost as important as actions and language matters. When we begin to see and refer to an issue as reflective of the state of the entire country, as opposed to an isolated collection of incidents, it attains a gravity that necessitates a wider lens. The incidents cited in the book clearly indicate that the idea of India is under threat and in order to rise to this challenge we have to begin to view this problem in political terms involving all sections of society, particularly the majority community.

The first step in the fight against such incidents in schools or elsewhere is to assign an appropriate vocabulary to the problem. To make clear that bullying minorities is different from your garden variety school bullying – it is Islamophobia. To emphasise that there is a correlation between the rise of Hindutva nationalism and incidents of Islamophobia – Hindutva has fostered an ethos that is against the foundations of the nation and its constitution. Such incidents and many others need to be called out as such. The following example from the book brings home this point in its entirety:

“My little one is only six and a half years old and got hit for being a Muslim in school,’ says Zareen Siddique, whose daughter Samaira studies in an internationally accredited school in Noida.

A student sitting on the same bench as her asked, ‘Are you a Muslim?’ He then started hitting Samaira, saying ‘I hate Muslims.’

Zareen says it took a few days before her daughter could open up about it. ‘I was appalled and shocked. I immediately called up the class teacher who had a two-word response, “It happens.”

However, the teacher did try to find a resolution and informed the parents of the child. But they said, ‘You are lying. My kid isn’t like that.’

The teacher, a Muslim herself, told Zareen, ‘there is a lot of denial but you can’t help it, the children carry the biases of their parents to the classrooms. It’s from both the sides, both Muslims and Hindus. So often during a class educational tour, the Muslim children will refuse to enter a Mandir.’

Zareen says, ‘I have noticed these changes in the last few years. My elder kid has been in the same school for the past seven years but never faced anything like this. Only in the past two years do these incidents seem to be arising. But six- or seven-year-olds are just too young for such hate.’

There seems to be a growing tension that is going unchecked. Zareen asks me how long she can ask her kids to ignore this. I have no answer for her. She says, ‘It will affect them. I think we should move out of India.’ I tell her to hold on.

While Erum attempts to make some of these links, in her book, I would go further and encourage the recognition that we are dealing with a form of Hindu privilege that is not being explicitly recognised even by her.

In fact, since the book deals largely with examples from schools, it does not touch upon the many other cases from everyday life that are now commonplace for Muslims.

For instance, I do not like to tell the Uber drivers my name. Or, when I am trying to enter a club, my Indian driver’s license is considered fake as I am suspected of being an ‘Afghan refugee with a fake license’ – this actually happened to me earlier this month – even as my Hindu friends walk right in without a murmur. Or when my male Muslim cousins fear travelling in the metro on Id, in their kurta pyjamas, for fear of some untoward incident involving them.

However, the collective nature of this privilege also comes with a collective responsibility. A first step towards taking that responsibility is an acknowledgement, of the privilege, by the majority community. This acknowledgment would go a long way in validating the sentiments of Muslims. It would also help to foster a sense of solidarity between the two communities. The absence on the other hand can (and probably is) turning the Muslim community inwards with the potential for seeking solidarity amongst other Muslims only. This is not just divisive, it could be toxic too.

Erum’s book must be read widely, as it has opened the doors for further conversations and analysis of the rise of Islamophobia that is now knocking on everyone’s doors.  It is a crucial and brave first step in the fight against bigotry and prejudice that has begun to plague India. Mothering a Muslim should signal the beginning of a new culture amongst communities – one of communication, solidarity and as always, hope.

Lyala Khan grew up and studied in New Delhi and is now an undergraduate at Oberlin College, Ohio in the United States