Are Islam And The West Involved In A 'Clash Of Civilisations'?

On the Muslim Question (The Public Square) 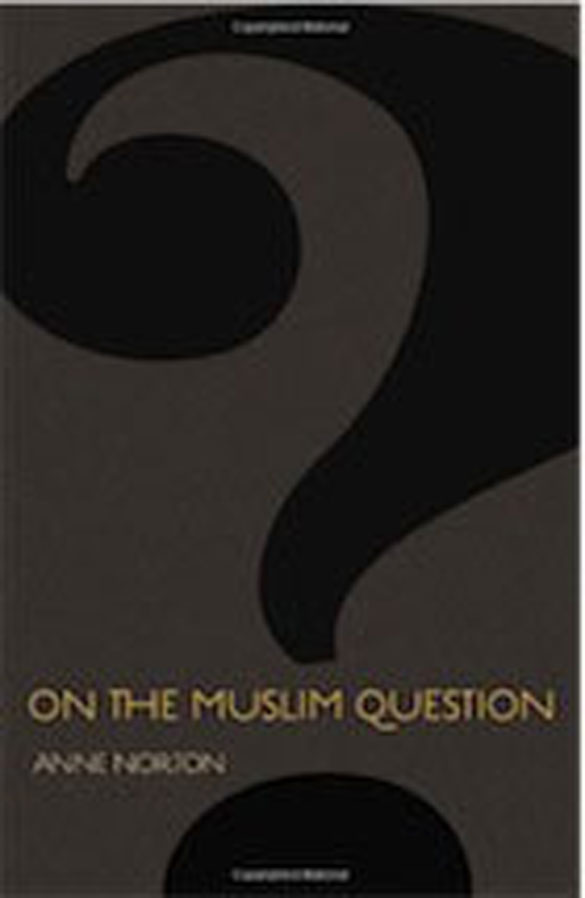 Anne Norton thinks that the "Muslim question" is, if anything, a question about non-Muslims. She is straightforward in denying the claim that Islam and the west are involved in a "clash of civilisations", castigating writers of various political persuasions who have, blatantly or inferentially, put forward this view. She thus criticises writers such as John Rawls (as well as those, such as Michael Walzer and Michael Ignatieff, who "have urged them on") for saying that Muslims constantly seek empire and territory, for stereotyping Muslims' political orientation as the antithesis of liberalism, and for promoting a false history that conceals liberalism's own failings.

In an effort to find more common ground, she underwrites Derrida's assertion that Islam is "the other of democracy" because Muslim states could retain their distinctiveness while recognising Israel and promoting democratic values. And she surprisingly lauds Sayyid Qutb, the Islamic theorist executed by Nasser in Egypt, because "even this intolerant, fanatic man has something to teach us about human rights, human dignity, and equality", given his support for private property and women in the workplace.

In a series of chapters on sexuality, freedom of speech and democracy, Norton recognises that valid differences of orientation exist. But she does not always help her own case by making assertions that are variously vague, trivial or wrong. For example, she says that terrorism is the precursor to democracy (as if the course of the Arab spring was inevitable), that randomness is "terrifying" (so much for evolutionists), that "Germany has no neo-Nazis" (when they number upwards of 5,000), that the publishers of the Danish cartoons "intended to provoke" (and not just insult) Muslims, that the veil is "profoundly erotic" (for elderly women?), or that calling your sports team the Redskins "honours an old enemy" (tell that to Native Americans).

But if the clash-of-civilisations approach is false, what options exist for addressing the differences presented by a Muslim minority in a western country? One could defer to their distinctiveness, at least on a wide variety of issues (diet, religious schooling). Alternatively, the majority could try to nudge "them" in the direction of being more like "us" (learn our language, lower the height of minarets). Or one could try to move "us" closer to "them", perhaps by pointing out similarities of history, practice, or belief ("Arab scholars preserved western texts," "we all share Abrahamic faiths").

Having dismissed many of the arguments of western intellectuals about Islam, Norton indicates that neither outright assimilation nor distant toleration is to be preferred: rather she chooses the third option, moving "us" closer to "them". Indeed, she seems to regard this as already having happened. She speaks of "ordinary" non-Muslims eating falafel and couscous and using Arabic greetings. True, some issues may be resolving themselves internally: many Muslim women have found common sartorial ground, older ones having given up the full veil, younger ones the miniskirt, both adopting a simple head scarf. And once we eliminate the clash-of-civilisations notion from our vocabulary, the mutual accommodations that already exist at the local level may only increase.

But a common meeting ground is not always easily achieved. Examples abound. Would Norton refuse arranged marriages, as the Danes have, until a waiting period to which others are not subjected has expired? When a Seattle hospital reached an accord with the local Somali community so parents could bring a daughter for the most minor nicking of the clitoris as the requisite "female circumcision", would Norton have been among those whose protests stopped the agreement, notwithstanding the far more invasive, perfectly legal practice of male circumcision? Would she allow a suit for group defamation when an imam publicly recites the Qur’anic passages calling Jews dogs and pigs, but not object when a church's evensong prayer is clearly anti-Semitic? Would she allow church bells to disturb a neighbour's sleep but forbid a loudspeaker to call the faithful Muslim to prayer? And if there were another terrorist attack, would she be any less prone than most to send government agents into a Finsbury Park mosque, or have the New York Police Department's programme on surveillance of Muslims continue spying on college campuses and religious organisations? Norton faces none of these issues and, as a result, her approach, once she has dismissed the "clash of civilisations" pundits, may seem no more profound than trusting that, left alone, ordinary folks can get along quite well.

Such a position may, however, come at the price of not really attending to the distinctiveness of the "other". Norton knows little about Muslims: she gets her few references to Arabic wrong and never discusses the scholarship on Islam and Muslim cultures. In the absence of any understanding of Muslims, in their own terms, moving closer to them risks being yet another exercise in self-congratulation: it yields few insights about us and none about them, and thus lacks both genuine understanding and real moral bite.

Or is it possible that Norton could be right after all? Perhaps if we just pretend to be receptive to our Muslim neighbours and no outsiders come along to disrupt our mutual inattention, we can all go about our separate lives, blissfully ignorant of our actual differences. Perhaps we really can trust to our own basic liberalism and absorption of other peoples, even if, as a British visitor once said of the American experience, the melting pot is set over a very slow flame indeed. If, as Norton seems to believe, non-Muslims have already melded with Muslims, perhaps, in the name of her undefined notion of "dignity" and a world where she believes democrats are by nature "not afraid of difference: they embrace it; they make love to it", we can trust that all troublesome distinctiveness will cheerfully drop out of the equation. But anyone who has travelled the streets of Dearborn or Bradford will suspect that this is neither the most likely nor even the most desirable outcome.

Muslims, like every minority, appreciate the need for camouflage in the face of muted suspicion, even if that need has diminished somewhat in the years since 9/11 and 7/7. But living as a chameleon may be harder now that we all notice each other noticing each other. Under such circumstances, anonymity, for many Muslims, may stifle their sense of valid difference and deprive non-Muslims of really seeing their neighbours. If that happens, we may avoid the "clash", but it may come at the cost of an arrangement neither community should be eager to call "civilisation".

Lawrence Rosen is the author of Varieties of Muslim Experience and The Culture of Islam.