Women, Interrupted: They Have Had To Bear the Brunt of Religious Zealotry in Pakistan

Anyone will be moved by the latest book by Harris Khalique, one of Pakistan’s leading intellectuals, Crimson Papers: Reflections on Struggle, Suffering, and Creativity in Pakistan (OUP 2017), especially the chapter about women killed by men fired by a religion on the basis of which they claim Pakistan was created. Of course you have to leave aside Benazir Bhutto, the political icon, to focus on the less renowned but extraordinary women who didn’t fit the paradigm of Pakistan. It is the sense of waste that makes one write with pain today. 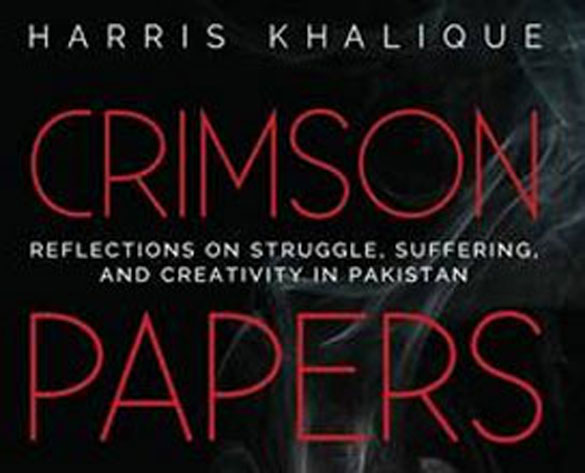 Khalique tells about Shabana, a pretty singer-dancer of Swat, who wouldn’t heed warnings from the Taliban to give up her “sinful” life. Her folks had done it for ages in Swat’s friendly valley — friendly because the people there were mild and tolerant. It is only when a coalition of religious parties came to rule in Peshawar — the capital of the province that administered Swat — that the Pakistan’s ideology started taking hold and the Taliban began throwing their weight around. In time they were to destroy all the girls’ schools and nearly kill Malala Yusufzai, the Nobel Laureate from Swat, because she would defy them by attending school. Shabana was killed in 2009.

“Before being killed, she begged the men who had dragged her out of the house not to slit her throat, which they would usually do, but shoot her instead. They fulfilled her last wish and shot her in the head. Her corpse was hung from the lamp-post like those of other such victims in the main square of the chief city of the Swat Valley, where such executions were regularly being carried on.”

Because she was a dancer her death was hardly registered. Muslims, after such an outrage, will think, not of losing an innocent life but of the edicts of religion and dismiss the murder by assigning it to that part of their mind which thinks like the killer: Good riddance of a woman who danced, which is forbidden by Allah, and who defied Him by not remaining in Purdah. Each time the Taliban kill our women, our calculated piety before God goes up a notch. In this era of religious terrorism, this is one way I can feel good about myself, by condemning Shabana, who was shot in the head at her own request.

Khalique feels equally for Asia Bibi, a poor illiterate Christian girl of Sheikhupura near Lahore who, a cleric said, had blasphemed. A dirt-poor Asia Bibi was to die for all the devotees of the faith. The world begged us to do something; the Pope appealed, only to get an unworthy repartee from Pakistan’s bearded firebrands as the government found itself familiarly hamstrung.

The president wouldn’t pardon her because he couldn’t challenge the clout of the clergy at its strongest; he had just signed on the appointment of a harsh cleric to the Council of Islamic Ideology (CII), who thrives on violence mandated by law. A moderate CII former member Javed Ghamidi was on the run from Islamic terrorists as he had criticised the bad law that hands down death for blasphemy without the normal criteria of justice, such as intent and level of consciousness. Asia Bibi rots in jail in 2017. Governor of Punjab Salmaan Taseer was killed by his police guard for speaking out in her defence. Taseer is unsung, but his killer’s anniversary is celebrated every year religiously at the mausoleum the state allowed to be built for a killer hanged by a judge who had to flee Pakistan after signing the death sentence.

Perween Rahman was shot dead in 2013. Khalique writes: “I was terribly sad, but not surprised, when she was shot and killed. This is how we have been honouring the brave and the brilliant for some time. Perween worked at the Orangi Pilot Project, which was housing for the poor built by Dr Akhtar Hameed Khan, who started his pioneering work in Bangladesh before being recognised by the world.” (He was to become the victim of a blasphemy charge in Pakistan although he lived the life of a bedraggled saint in Karachi worshipped by the poor but snubbed by the state that wilted before the cleric.)

Perween was equally saintly, “bringing dignity and self-respect to those who were treated like dirt by the rich and the powerful, claiming a decent physical space for the working class of Karachi”. Just as Khan was accused of belittling the Prophet PBUH, Perween too was seen as a harmful person and killed for not taking the veil and not sitting at home according to Bahishti Zevar. Two men on a motorcycle emerged from the darkness and opened fire on her car; Perween died on the spot.