Punjab: Driver of Terrorism in Pakistan 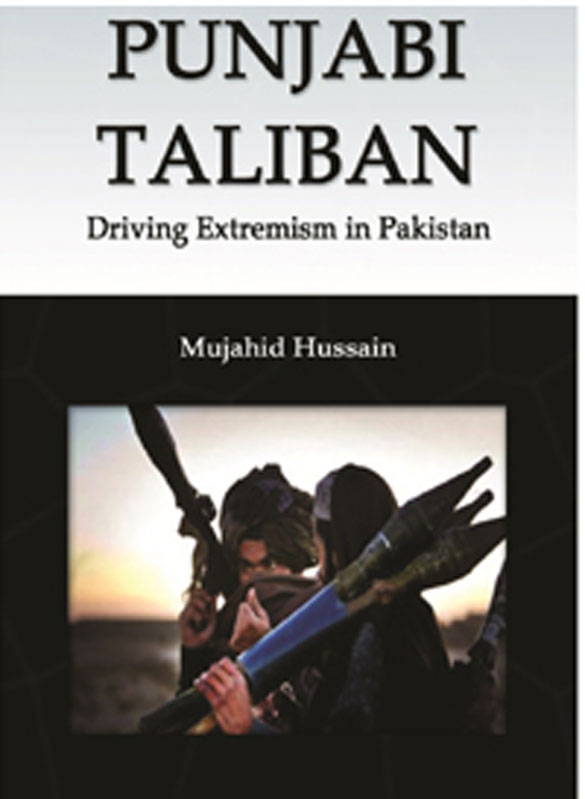 In the year 2011, it is clear that Pakistan Army will not fight the Taliban and Al Qaeda the way the world wants it to. And the reason is Punjab. Many will find this a strange formulation but the fact is that Al Qaeda has been rendered impregnable by the shift of allegiance of Punjab’s ‘non state actors’ from Pakistan Army to Al Qaeda. The basis of Al Qaeda’s impregnability is in the persistence of Pakistan Army’s designation of these ‘non state actors’ as state assets and any attack on Al Qaeda and the Taliban in the Tribal Areas will lead to a backlash in the country’s biggest province.

Mujahid Hussain’s book tells us how holy warriors using terrorism as their modus operandi have spread out from Punjab to new centres of turmoil in Pakistan’s intra-state conflict. The most significant section of the book relates to South Punjab and the rise there of the mother of all terrorists Sipah-e-Sahaba and its various spawn pledged to a war against India, the Shia community, and Iran. The organisation has ruled as coalition partner in Punjab and its leaders have been elected – ‘by mistake’ - to the federal parliament after the organisation was declared terrorist and banned in the country. The influence of the warriors in Punjab is through intimidation that works both on the people that swell their ranks and the governments at both the federal and provincial levels.

There are factors that persuade Pakistan to fight against the terrorist organisations located on its soil. There are equally a number of factors militating against Pakistan’s campaign to fight terrorism. Together, these two contradictory compulsions characterise the current scene. Because of this fault-line of intent, the determination to fight against terror is constantly undermined, leading at times to internal rifts in the institutions that decide and implement anti-terror strategies.

The persuasion to fight terrorism grows out of concern for ‘loss of territory’ and writ of the state to terrorist organisations that impede exercise of sovereignty. Terrorism undermines the ideology adopted by the state to keep the people of Pakistan united, and therefore terrorism has to be brought under control if not altogether removed. Since 2006, the Planning Commission too has woken up to the fact that two economic functions – investment and exports – are discouraged by Pakistan’s lack of ‘soft image’ which in turn is caused by high levels of violence in society.

The factors militating against the intent to fight terrorism are located within the nature of the state. Pakistan is an ‘Islamic state in the making’ unlike Iran where a clear status of the Islamic state has been achieved through ‘legitimate’ use of coercion by the clergy. In so far as terrorists claim to fight for the implementation of the true Islamic system (Sharia) they usurp and supersede the function of the Islamic state. The Sharia does not accept the modern state that punishes only crime (munkiraat) and is not able to punish lack of piety (marufaat). The Taliban claim to perform both functions and are supported by the network of madrassas and the clergy.

The state has used terrorists in the past through ‘non-state actors’ in a foreign policy of covert ‘proxy war’ in Afghanistan and India. It has not abandoned its intent to do so even after these elements have aligned themselves with Al Qaeda and the Taliban. The use of fully armed non-state actors in deniable wars has tended to create multiple centres of power in Pakistan, meaning that the state has abdicated a large portion of its claim on the ‘monopoly of violence’ in the Weberian sense. Parts of the state handling these clerically headed non-state organisations have suffered a split from the decision-making apparatus of the state, in this case the military and the intelligence agencies.

The security institutions of the state are indoctrinated to link the survival of Pakistan to conflict with India. This gives rise to an ambivalence that undermines the fight against terrorism. There is a tendency to blame terrorism on India in the face of clear evidence that violence is being perpetrated by the non-state actors trained by the state as jihadi organisations to fight India. Psychologically, this is the most dangerous hurdle in the national effort to overcome terrorism and normalise the state. The conflict with India is embedded in Pakistan’s nationalism, based on textbooks and the message from the media, which Pakistan lacks the intellectual suppleness to remove. Anti-Americanism and anti-Westernism radiating from the Islamic world in general and the Middle East in particular muddy the water further.

Who are the terrorists? There is a regular stream of incoming Arab warriors that Pakistan facilitated during the war against the Soviet Union in Afghanistan. This ‘replenishing’ stream still continues and forms the inner core of Al Qaeda located inside Pakistan. This foreign ‘manpower’ injection also includes expatriate Pakistanis who no longer integrate in the Western societies where they live. Both types imbibe terrorism from clerics: expatriate workers in the Middle East are radicalised in sympathy with local populations mostly alienated from their ‘pro-West’ ruling elites; expatriate Pakistanis from Europe embrace violent worldviews owing to their alienation from the societies where they live.

Money is a major cause behind conversion of normal Pakistanis into terrorists. Even the Jihadis whom the state used against India were in most cases attracted to the meager support offered by the state to help their families back home. (Most Jihadi organisations were made self-financing with the passage of time.) Later Al Qaeda began to pay large sums to the affected families; and its warlord Baitullah Mehsud was allowed to accumulate enough wealth to pay Rs 6 lakh (600, 000) for each child suicide-bomber supplied mostly from Punjab by businesslike clerics with expertise in ‘persuasion’. Reports have now confirmed that children are being forced to become suicide-bombers. Punjab leads in the support to state’s India-centrism – the jihadis have come mostly from Punjab where 60 percent of Pakistan’s population lives.

South Punjab is once again in focus with India asking Pakistan to punish the terrorists located on its soil, and Pakistan asking India to make a move on the resolution of the Kashmir issue. The Pakistani challenge is expected to come in the shape of an increased ingress of non-state actors into Kashmir across the Line of Control. Since a large number of the non-state actors have joined Al Qaeda and the Taliban in the latter’s campaign to punish Pakistan through terrorism for cooperating with the US in Afghanistan, getting a fresh crop of non-state actors out of them is going to be difficult. The two Jihadi organisations most expected to do the job – Jaish Muhammad and Lashkar Tayba – are located in Punjab. Out of the two, the latter is less involved with the Taliban terrorism against Pakistanis, but its sympathies for the ‘Arabs fighting the Americans’ are also known.

Maulana Muhammad Azam Tariq, killed on 6 October 2003 along with four bodyguards in a drive-by shooting at a toll plaza near Islamabad, was the charismatic leader of Sipah-e-Sahaba who converted Punjab into the hinterland of terrorist jihad and supplied Sindh and Karachi – because his alma mater was in Karachi - with a new strain of sectarian violence. He won the National Assembly constituency in 1990, 1993 and in October 2002. The 1990 election was a particularly big success when Tariq defeated the government-backed candidate Sheikh Yusuf by a big margin. In the 2002 election under Musharraf, he contested the election from jail. The government, first let him contest the elections, then filed a petition in the Lahore High Court challenging the Pakistan Election Commission’s decision to allow him to stand despite the cases against him.

Sipah-e-Sahaba succeeded in getting two members inducted into the Punjab cabinet of chief minister Sardar Arif Nakai in 1995, beginning the conversion of a traditionally peaceful Barelvi Punjab to a violent territory bristling with jihadi enthusiasm. Today, it is well set to become the behind-the-scenes ruler of the province with an important nexus with Al Qaeda. An offshoot of the Sipah called Jaish-e-Muhammad became the Army’s favourite fighting arm, led to the dispatch of 500,000 Jihadis to the disputed Kashmir Valley to fight the Indian soldiers.

The foreign policy of Pakistan is in the hands of the army. The PPP government in power is too involved in its battle with the state judiciary and its rival party Pakistan Muslim (Nawaz) or PMLN to compete with the military for the running of Pakistan’s international relations, especially the ties with India. It has therefore joined the ‘national consensus’ against India and is promoting a revival of the Kashmir issue on the basis of the ‘jihad leverage’. In Punjab, the PMLN is securing the electoral ground for a victory in the midterm elections when they come, by aligning themselves with the Deobandi elements dominant in South Punjab. Already many of its local supporters in that region belong to Sipah-e-Sahaba and its sister organisation Jaish, the outfit that fights Pakistan’s battles with India.

What is happening in Punjab at the present moment? Jihadi publication daily Islam (23 Feb 2010) reported that Punjab Law Minister Rana Sanaullah visited Jhang and paid his respects at the tomb of the founder of the greatest banned sectarian-terrorist Deobandi organisation, Sipah-e-Sahaba: Maulana Haq Nawaz Jhangvi. He led a delegation of the PMLN which also counted parliamentary secretary Iftikhar Baloch and party MPA from Jhang, Sheikh Yaqub. He visited the tombs of other Sipah-e-Sahaba martyr-leaders like Maulana Isarul Qasimi and Allama Azam Tariq. The News (27 Feb 2010) in a report titled PMLN sees no harm in seeking banned outfit’s blessing observed: ‘A defunct sectarian organisation, Sipah-e-Sahaba, is rearing its head again and its leaders’ participation in an election rally in PP-82 constituency, along with Punjab Law Minister Rana Sanaullah, has sent shivers down the spines of citizens here, who have seen sectarian bloodshed for over a decade before it subsided in 2002’.

Pakistan has become ‘path dependent’ in its embrace of the doctrines of strategic depth and India-centrism. And most of soldiers to operationalise this strategy emanate from Punjab. The public mind mostly located in Punjab is prepared against India on the basis of textbook nationalism inculcated over the past decades; in the case of Afghanistan, the public mind is imbued with an intense anti-Americanism issuing from pan-Islamic sources. In both instances, the state encourages a schizoid national identity that ignores contradiction so that no change in the embraced foreign policy doctrines is allowed. In the coming days, the nexus of terror in Punjab will come to represent the true face of the Pakistani state using non state actors as its instrument of expansionism. Mujahid Hussain’s narrative of Punjab in the following pages will make that perfectly clear.

Khaled Ahmed is a best known Pakistani political analyst. He regularly contributes to The Friday Times and The Express Tribune.