A Life of Poetry and Adventure 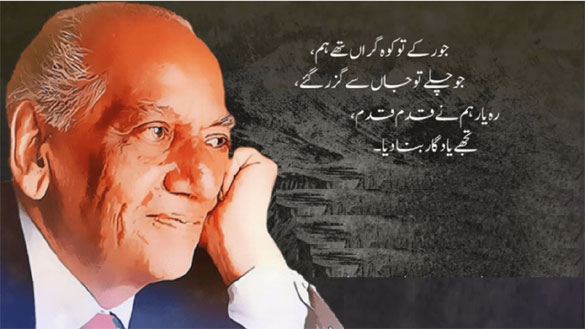 Alys Faiz (1914-2003), wife of Pakistan’s greatest poet after Iqbal, Faiz Ahmad Faiz, has left behind a posthumous memoir, Over My Shoulder (2015) that depicts a life of extraordinary character and resolve.

She was from a middle-class family of the British Left who got together with students in the Freedom for India Movement in London. In the 1930s, what attracted her and her sister Chris was the Progressive Writers’ Association run by Muhammad Din Taseer, Jyoti Ghosh, Sajjad Zaheer and Mulk Raj Anand. Alys also worked for Krishna Menon in his India League office in London, and in 1938, travelled to India to join Chris who had married M.D. Taseer, then principal MAO College, Amritsar. She was beautiful and choosy, rejecting matches — because “I wanted to see India”.

Faiz Ahmad Faiz was teaching at the Amritsar College and was shy rather than aggressive, not the sort who would walk across the floor and tell you he was attracted. She noted: “He was so silent, reciting poetry when called upon and claiming my early attention”. Up close, she found him “not taciturn, but shy, with a becoming sense of humour”.

This shyness was later to become poetry that sprang from his feminine acceptance of pain and shunning of dominance as the resolution of the human predicament. Therefore, his strength was boundless, like a woman’s capacity to bear pain in contrast to Allama Iqbal’s “masculine” desire for power. Alys fell for this man, vowed to marry him and never return to England, like Chris Taseer and Freda Bedi, the two other remarkable British women of her time — Chris, the mother of Punjab’s governor, Salmaan Taseer, and Freda, the mother of actor, Kabir Bedi.

The Amritsar idyll ended when she had to move with Chris and Taseer to Shimla on their transfer. While she taught at a school in Simla, Faiz moved to Hailey College in Lahore. The idea of marriage ripened. The prospect was Alys’s assimilation into Faiz’s hopelessly orthodox Muslim family as a “Mem”. They were married in Srinagar, with Sheikh Abdullah ceremonially asking her if she would accept Faiz as the groom, with poets Josh and Majaz as witnesses. And Faiz gave Alys the right to divorce the way Taseer had given it to Chris under the watchful gaze of Allama Iqbal.

Pakistan was born in 1947 and Faiz, leaving behind a starvation wage of Rs150, moved to the left-leaning The Pakistan Times as editor. By 1951, Faiz was arrested in connection to the Rawalpindi Conspiracy case and sent to a prison in faraway Hyderabad, Sindh.

Bad times set in. She was given a job at The Pakistan Times at Rs420 (sic!). She sold the car, bought a bicycle with Rs150 and rode it for the next three years looking after two daughters, school-going Salima and Moneeza. Meanwhile, Faiz was finally in for four years.

Out in 1954, Faiz was a full-blown poet on the basis of what he wrote in his cell, which made Pakistan sing. Then Pakistan’s first military coup was staged in1958 and he was in the wrong place, Moscow, attending the first Afro-Asian Writers’ Congress together with Hafeez Jalandhari, the poet who authored Pakistan’s national anthem. Faiz was arrested upon his return. Jalandhari regretted the Moscow temptation and cooked up a story about how he had battled communism there.

The police told Alys a little tale: Faiz had mysteriously left a briefcase in the Soviet embassy while collecting his visa and had brought back with him a Russian car as a Soviet bribe. The car, in fact, was a Hillman Minx that Alys had bought in London from the money left to her by her father. Even when the state accepted this nothing changed: Faiz was moved to the Fort in Lahore where prisoners were routinely tortured.

In 1979, Alys and Faiz escaped to Lebanon to edit Lotus, a journal of Afro-Asian Writers’ Association, but guess what happened next: The decade-long Lebanese civil war started, nearly killing Alys when a bomb struck their flat. Was Alys looking for adventure? Her diary is full of evidence.